Jonny and with some of his books 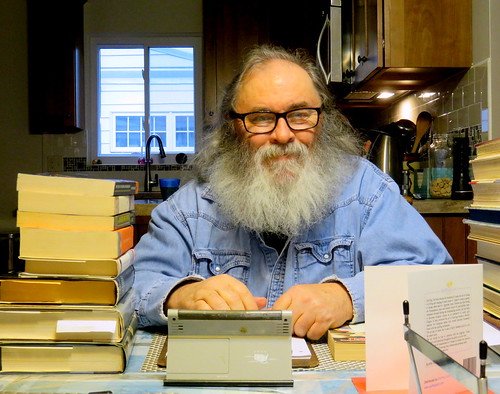 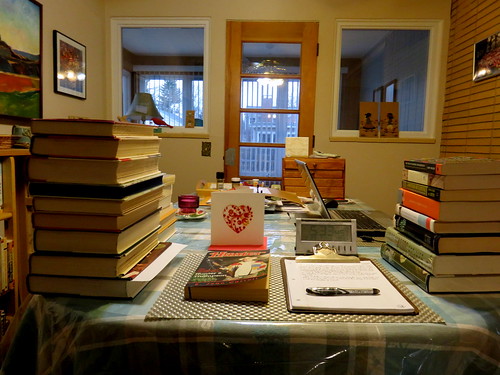 "Fear and Loathing The Strange and Terrible Sage of Hunter S. Thompson" biography by Paul Perry

"The Proud Highway Saga Of A Desperate Southern Gentleman 1955-1967" THE FEAR AND LOATHING LETTERS, VOLUME ONE by Hunter S. Thompson

"The Joke's Over Bruised Memories: Gonzo, Hunter S. Thompson And Me" memoir by Ralph Steadman

"The Essential Writing of Hunter S. Thompson: Fear and Loathing at Rolling Stone" Edited and with a Foreword by Jann S. Wenner and with an Introduction by Paul Scanlon

"A Scream Goes Through The House: What Literature Teaches Us About Life" by Arnold Weinstein

"The Year Of Reading Dangerously: How Fifty Great Books (And Two Not-So-Great Ones) Saved My Life" by Andy Miller

"The Borgias" by Ivan Cloulas Translated By Gilda Roberts

"The Mystery Of Capitalism: Why Capitalism Triumphs In The West And Fails Everywhere Else" by Hernando De Soto

"The Year Without Summer: 1816 And The Volcano That Darkened The World And Changed History" by William K. Klingaman & Nicholas P. Klingaman

"The Spanish Ulcer: A History of the Peninsular War" by David Gates

"The Divided Ground: Indians, Settlers, and the Northern Borderland of the American Revolution" by Alan Taylor

"Voyagers to the West: A Passage In The Peopling Of America On The Eve Of The Revolution" by Bernard Bailyn
: