It is 11:13 AM late Sunday morning here in West Michigan. It is another warm sunny late Autumn day. I like these kind of days where there is sunshine and Autumn colors. Soon though everything will turn brown and snow will be on the ground.

I got up this morning around 7:15 AM. When I came upstairs Carol was eating breakfast. I cooked myself eggs for breakfast with a half a bagel (we live such exciting lives!). After breakfast I wrote in my paper diary and Carol left for church after prayer. Carol leaves early for church because she has to set up for coffee and then after the morning worship service there is coffee and then Carol has clean up before coming home. I expect Carol to be home around 1 o'clock PM this afternoon.

'The Life of Jesus Christ' Part Two Volume 1, Chapters 1-57 by Ludolph of Saxony

Caleb is suppose to pick up his dog Ollie this afternoon.

Last night I read before going to bed from a novel titled, 'Rasero' A Novel By Francisco Rebolledo Translated By Helen R. Lane.

I am tired this morning due to the Time change. We lost in hour last night. Where did that hour go?

I will close to wait and ponder. 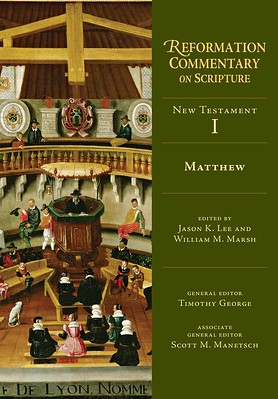 "Winner of the Mobil Corporation's Pegasus Prize for Literature, Mexican writer Rebolledo's debut is at once a rich historical novel and a racy tale of manners and ideas with a strong element of apocalyptic fantasy. Minor Spanish diplomat Fausto Rasero, who leaves Madrid for Paris in 1740 at age 16, has a unique paranormal gift: each time he reaches orgasm with one of his many elegant lovers, he is granted a clairvoyant--and usually horrifying--vision of the future. Bald since birth, mute until age six, Rasero is perplexed and deeply disturbed by his glimpses of the bombing of Hiroshima, Nazi concentration camps, the slaughter of WWII and Vietnam. During the years the novel chronicles (primarily, 1749-1812), he befriends the famous and infamous, including Voltaire, encyclopedist Denis Diderot, Madame Pompadour, chemist Antoine Lavoisier, Mozart (as a child prodigy), painter Fran ois Boucher and French revolutionaries Danton and Robespierre. Rasero's affair with Mexican-born Creole actress Mariana Rodgriguez, widow of the viceroy of Mexico, teaches him the meaning of love and temporarily halts his nightmarish visions. Expelled from France by Robespierre, whom Rasero berates for his fanaticism, the clairvoyant escapes to Spain, where he links up with Goya--whose macabre canvases, like Rasero's visions, seem to prefigure our century of horrors. The narrative, which is translated brilliantly here, has a surprise ending, leapfrogging into the present, but one wishes that Rebolledo had given more play to the fantasy element and less to the historical gossip and raunchiness. Even so, this tour de force reads like a message from humanity's collective unconscious."

'Under the Sign of Saturn' essays by Susan Sontag

'The Hour Of Fate: Theodore Roosevelt, J. P. Morgan, And The Battle To Transform American Capitalism' by Susan Berfield

'The Life of Jesus Christ' Part Two Volume 1, Chapters 1-57 by Ludolph of Saxony