It is 2:47 PM Friday afternoon here in West Michigan. It is a sunny windy afternoon. I good day to rake leaves and pull up dead plant growth.

I got up this morning around 7 o'clock AM from the lower level where I new sleep at night. I find in my advance age I prefer sleeping alone, because I am a light sleeper. When I was sleeping with my wife I was always bumping into her during the night and waking up. Plus Carol gets up early and I get up later (Carol sometimes gets up around 5 o'clock AM in the morning sometimes 4 o'clock AM.) So I came upstairs and had a cup of coffee and wrote in my paper diary. Carol read Tripp's devotional book, 'New Morning Mercies' and then we prayed. I left to volunteer at the local library used books store around 9:40 AM. The Book Nook was not busy so I mainly read from these two books-

'The New York Intellectuals: The Rise And Decline of The Anti-Stalinist Left From The 1930's To The 1980's' by Alan Wald

'Army of Shadows' a book about World War II experience of a member of the French Resistance by Joseph Kessel Translated by Rainer J. Hanshe

'Do the Windows Open' Short Stories by Julie Hecht

Carol came in the Book Nook to do her volunteer shift around 12:50 PM. I came home to eat lunch and write in my paper diary. We have Ollie our son's dog for the weekend. Caleb and his family went up North for the weekend and hope to be back early Sunday.

Last night Carol went to bed early and I stayed up and read late into the night. I did get two books yesterday, one in the mail and one delivered by Amazon.

I mainly read last night from these two books-

Well, I suppose I will close to rest. 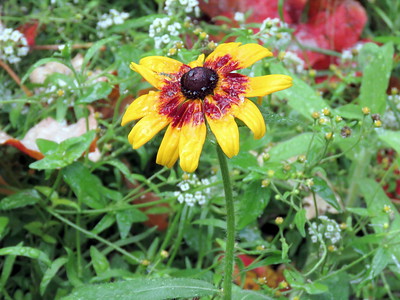