'Collected Sermons Of James Durham-61 Sermons' (Durham's series of sermons titled, 'The Blessedness Of The Death of Those That Die In The Lord' Seven Sermons on Rev. 14:13 "Blessed are the dead which die in the Lord")

"[5] Let this mind be in you, which was also in Christ Jesus:
[6] Who, being in the form of God, thought it not robbery to be equal with God:
[7] But made himself of no reputation, and took upon him the form of a servant, and was made in the likeness of men:
[8] And being found in fashion as a man, he humbled himself, and became obedient unto death, even the death of the cross.
[9] Wherefore God also hath highly exalted him, and given him a name which is above every name:
[10] That at the name of Jesus every knee should bow, of things in heaven, and things in earth, and things under the earth;
[11] And that every tongue should confess that Jesus Christ is Lord, to the glory of God the Father." Phil 2:5-11

It is 11:26 AM late Wednesday morning here in West Michigan. Right now the sun is shining through clouds and blue sky.

I got up this morning around 6:45 AM. When I came upstairs Carol had not gotten up yet, which is rare. Carol normal gets up very early. I made a fresh pot of coffee and ate a slice of raisin toast for breakfast. I next messed with our main computer and then wrote in my paper diary. While I was writing Carol got out the devotional book we read for morning devotions. I stopped writing and let Carol read. After Carol read Tripp we prayed and then I read. Carol left around 9 o'clock AM to grocery shop and visit a friend. While she was gone I read, 'Life of Jesus Christ' Past Two Volume 1, Chapters 1-57 by Ludolph of Saxony and filmed a video for my Youtube channel.

Carol got back from running around 10:46 AM and now it is 11:35 AM. The morning goes by. I have no plans for the day ahead of me. I do not feel like going anywhere today.

Carol was gone most of the evening at a Woman's Ministry meeting at her church. She got home around 9:15 PM and went to bed around 10 o'clock PM. We always pray at the end of the day. When the Lord Jesus comes again The Second Coming of Christ we want to be found praying.

I do not know what I will read this afternoon. Carol has Woman's Bible Study tonight. The days and nights seem to fly by these days. I will close to rest 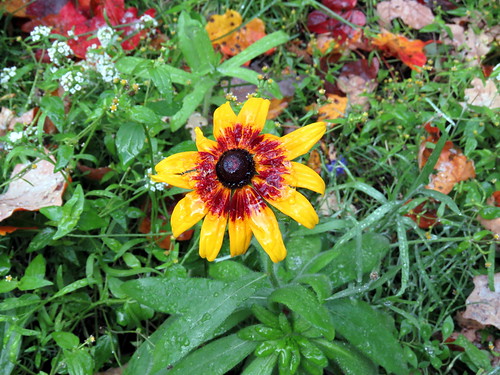 'The Man Of Property' A Novel By John Galsworthy

'The Hour Of Fate: Theodore Roosevelt, J. P. Morgan, And The Battle To Transform American Capitalism' by Susan Berfield

'The House Of Truth: A Washington Political Salon and the Foundations of American Liberalism' by Brad Snyder