It is 4:33 PM Wednesday afternoon here in West Michigan. Today has been a day of buying used books. I got up this morning around 8 o'clock AM. I got up ate breakfast and then we had devotions/prayed. After we prayed I had to do an errand and on the way home I stopped at a local Goodwill to look at their used books and bought these used books-

'The Eustace Diamonds' A Novel By Anthony Trollope

'A Stranger In This World: Stories' by Kevin Canty

'The Easter Parade' A Novel by Richard Yates

'Mortals' A Novel by Norman Rush

When I got home from my errand and visiting Goodwill Carol wanted to drive to Grand Haven to drop off cookies at a elderly widower from her church who is now 94 years and is too weak to leave his condo/come to church. Carol sat next to this old Christian gentleman for years and wanted to bring him some her fresh baked cookies to tell him she is thinking praying for him/the fellow's grandson lives with him to make sure he is OK. So Carol and I drove to Grand Haven, which is not far from Holland/Grand Haven is North of us and it was a nice drive sunny sky filled with big puffy clouds. Carol and I drove to her elderly friend's place in a large area of very nice expensive condos way out in nowhere/she went inside the condo and I sat in the car reading from a book titled, 'A Stranger In This World: Stories' by Kevin Canty. Carol soon came to our car and we drove over to Grand Haven Public Library/Loutit Library to check out their used books store Cheap Stacks (we visit Cheap Stacks at least once a year to search for used books/fifty cents for hardbacks and twenty-five cents for paperbacks/we usually buy A LOT OF USED BOOKS at Cheap Stacks!) I will now list the used books I bought today at Cheap Stacks Library Used Books Store-

'Enderby' A Novel By Anthony Burgess

'Confessions of a Philosopher: A Journey Through Western Philosophy' memoir By Bryan Magee

'When She Was Good' A Novel by Philip Roth

'His Illegal Self' A Novel by Peter Carey

'The Chemistry of Tears' A novel by Peter Carey

'The Iron Tracks' A Novel by Aharon Applefeld Translated From The Hebrew By Jeffrey M. Green

'Signals of Distress' A Novel by Jim Crace

'The Rules Of Engagement' A Novel by Anita Brookner

'He Dreams What Is Going On Inside His Head: Ten Years of Writing' essays by Jonathan Cott

'Patriotic Gore: Studies In The Literature Of The American Civil War' by Edmund Wilson

'Stars and Bars' A Novel by William Boyd

After we visited Cheap Stacks we drove over to a Resale Store that we visit looking for used books when we are in Grand Haven. I found these used books at this resale shop (in this diary entry I am not listing ALL the used books my wife bought today)-

'The Dog' A Novel by Joseph O'Neill

'The Road To Serfdom' Text And Documents THE DEFINITIVE EDITION by F. A. Hayek Edited by Bruce Caldwell

'Half-Earth: Our Planet's Fight for Life' by Edward O. Wilson

'The Magic Mountain' a novel by Thomas Mann

'The Men Who Ruled India' by Philip Mason

When we left Goodwill we drove home and we were home by 3:10 PM. We were gone around four hours today. It is now 5:16 PM and I am beat so I will close. I have been going ALL day! and that is not normal for me.

Time Lapse
It is now 5:51 PM I forgot that after Cheap Stacks Carol and I went to Carver's for lunch/had hamburgers and then we drove over to that Resale Shop to look at their used books. 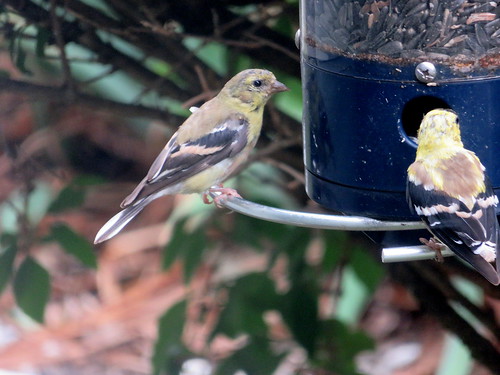