It is 10:53 AM Monday morning in the icy cold sterile death flow. Outside there is snow on the ground and it is gray. It has been predicted to snow tonight here in West Michigan. We are coming to the end of January 2021. Soon we will be in February 2021.

I got up this morning around 7 o'clock AM this morning. When I got up Carol was in her usual spot reading. I sat in my chair across from my wife to accept that I had to wake up. After I somewhat woke up I got a cup of coffee and messed with our main computer for awhile. Next I got off the computer and wrote in my paper diary.

Carol left this morning to take a meal to a family from her church and to do errands.

'The Life of Jesus Christ-Part One Volume 1, Chapters 1-40' by Ludolph of Saxony

'Looking Unto Jesus' by Isaac Ambrose

Last night Carol and I watched professional football and went to bed around 10 o'clock PM. I could not fall asleep so I got up and read late into the night, 'The Life of Jesus Christ-Part One Volume 1, Chapters 1-40' by Ludolph of Saxony. Now it is another day to wait it out.

Do not know what else to report. The COVID-19 plague is raging across the world and the United States. Millions of died from this deadly plague thus far and there does not seem to be a way to stop it right now.

I will close to drift into the afternoon hours. Not sure what I will get into next when it comes to reading. I am a mood reader. I could get back to reading, 'Jan Van Ruusbroec Mystical Theologian Of The Trinity' by Rik Van Nieuwenhove. I will close to feel trapped. 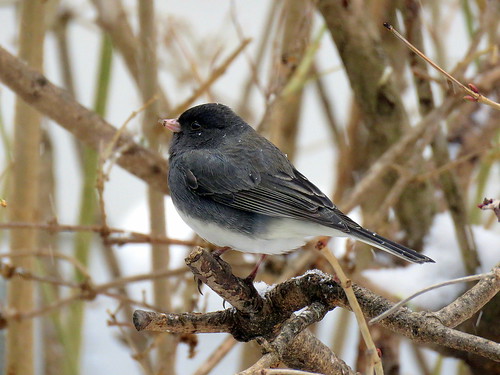 Second, the Son operates with his drawing in the intellect. This operation is symbolized by Moses, who called by the Lord to climb higher up the mountain. Moses took Josue with him and told the others that they should wait for him. He climbed up into the solitude of the mountain, and a dark cloud covered the mountain, and Moses and Josue waited until Moses was called by God. He then left Josue behind in a small revine of the mountain and climbed up into the darkness, where he remained alone for six days, until he was called again by God. This ascent denotes the spiritual act and operation in the intellect, which we attribute to the Son. It is rightly called speculatio, that is, to see in a mirror. For the spirit of this person has now become a living mirror, in which God forms the spirit of truth, and in which he dwells with fullness of grace. God does not show himself in this living living mirror, as he is in his own essence, but only in the most supreme and noblest images and likenesses. Thus the illuminated, elevated intellect acknowledges, in a clean manner without errors, in intellective images, everything that he has heard about God, about faith, and about every hidden truth, namely, that God is highest majesty, truth, goodness, wisdom, mercy, justice, and love. Moreover, he recognizes that there is distinction among the Persons, and that each Person is God almighty. He knows that there is a unity of the divine nature in the Holy Trinity, and trinity in the unity of the divine being. He further recognizes that God is fruitful in the divine nature and a simple emptiness in the divine being. For the intellect, elevated and illuminated by the spirit of truth, sees God in its own mirror in so many ways, in so many forms and images, that it could possibly conjure up or desire to see. Nevertheless, the elevated intellect remains every desirous to see what God is in his own essence. But even if the elevated, illuminated intellect were to come face to face with the essential image of God, nevertheless it could not grasp or see it because of the immense brightness, which would darken and blind the eyes. This indeed the darkness or the shadow under the soul sits with delight in the Book of Love (Song of Songs 2:3). Thus, Josue walks with Moses; this means, the intellect wanders with the loving power, but here the intellect must remain behind and the loving power continue on its own. For the loving power has entered in the incomprehensible brightness, which blinds the intellect, as the eyes are blinded by the brightness of the sun, then the soul receives above the intellective power a simple eye, opened in the operation of the loving power. This eye sees with a simple contemplation in the divine clarity everything that God in his simplicity. What happens to the person at that moment, or what he then knows, cannot be expressed in words, nor does he himself fully know it when he comes to himself. At times the intellective eye follows the simple eye and wants in that same light to know and examine whom and what God is. But here all understanding and considerations must give way. Having sensed the divine drawing, the simple eyes leads the loving power forth into simplicity, so that the mind of the person is no longer in control. This occurs as frequently as the sun of justice draws our simple eye toward itself into its immeasurable brightness, in which we see God and all things without distinction and consideration, with a simple contemplation in the divine brightness.

'Worshiping With Reformers' by Karen Maag

'Calvin's Theology of the Psalms' by Herman J. Selderhuis

The Mystery of the Trinity: A Trinitarian Approach to the Attributes of God' by Vern S. Poythress

'The Imitation of Christ' by Thomas a Kempis

'The Life Of Jesus Christ' Part One Volume 1 Chapters 1-40 by Ludolph of Saxony Translated And Introduced By Milton T. Walsh

The Second Book of Kings/OT/Bible