It is 12:27 PM Friday afternoon here in West Michigan. It has been snowing for two days here. This year we canceled our snow plow service, because Carol is now retired and does not need to leave the house for work. We have plenty of food and do not need to leave the house for any reason. Plus our oldest son lives down the street and if we need anything he can take one of us to a grocery store.

I got up this morning around 7 o'clock AM. Carol had gotten up this morning around 4 o'clock AM. When I got I immediately got dressed put on snow gear and took Ollie for his morning walk. Ollie did his thing and we walked back to our place in the Wasteland. When I got back with our son's dog Ollie I made a pot of oatmeal for breakfast. After breakfast we prayed and I spent the morning reading Medieval Mystical Theology. Around a 11 o'clock AM I stopped reading and dozed till Noon. Now I am writing some crap into my online diaries about my life in a cold snowy death flow.

I plan this afternoon to drift and read from a novel titled, 'Novel Explosives' A Novel in 3 Parts by Jim Gauer. Last night I read this novel late into the night. I went to bed around 11 o'clock PM, Carol had gone to bed around 9 o'clock PM. So has gone by existence in the history of humanity.

There is not much else to report. So I will close to feel sick, exhausted and cold to the bone. 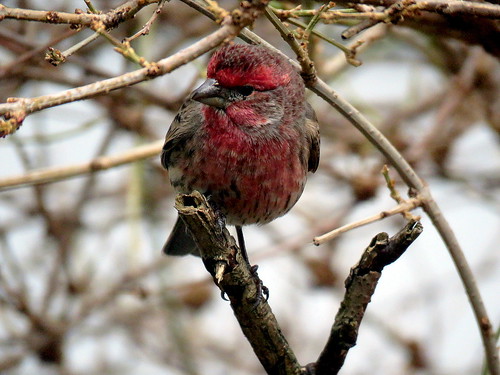 "From this second unity comes a third one, namely, a contemplative life in which the spirit is one with God without distinction. When the noble, loving spirit has responded so closely with love (by dying to himself and to all divine gifts) to the inward drawing of God into the mere being of his mind, when he does not experience anything else but the loving drawing inward of God and his own active love, then he enkindles himself through these two in the mere being of his existence, and he wanders in an unknowing, a modelessness, and a darkness (because all existence-as existence-is bare and without image). God possesses all existence as his own dwelling place, and therefore, when the spirit, in the simplicity of its faculties, in its bare existence, has lost itself, by sinking away from itself, then an incomprehensible brightness is revealed to him in this darkness. And that is the Son of God himself. And this brightness shines through and transforms all spirits who are actively turned inward in the bareness of their existence. And the eyes of the spirit are so widely opened in this brightness that it contemplates, and by which it contemplates. And thus, the spirit becomes this brightness itself, without differences. It receives this brightness, purely and without similarities, and it is pre-illuminated and transformed by this brightness; therefore, one can say that it is this brightness itself, namely, without intermediary. This is indeed a characteristic of the simplicity of God: it cannot be known as it is, except by itself, namely, when it informs the understanding and illuminates it, so that it [the divine simplicity] is known and understood by its own being. No creature, however simple and noble it may be, can be united in its being [existence] with another spiritual creature without intermediary, because in all spiritual creatures there is a difference between existence and essence. But that is not the case in God. Since the spirit, in this contemplation, does not know anything but this brightness, which it contemplates and by which it contemplates, and since it contemplates itself and all things in this brightness as one life and one truth with this light-because "all that was made, is life in Him," says St. John; all things, that is, live in this light, being the eternal image of everything, and living in God, and being precisely what God himself is-therefore one can truly say that the contemplative person is the same as what he contemplates and as that with which he contemplates, without separation. I cannot give a more precise explanation of this unity."

"It is appropriate for us to speak of different types of life in human beings in a way that we cannot speak of God's life since it is unified life (we can only make logical, not substantial, distinctions about it). The following is a description of what may be called the life of God in man. When a person has been delivered from the state of ignorance, error, and vanity and has been made a participant of the divine light and glory, he endeavors to do the following: to contemplate and understand God in all the glory and perfection of His nature, to judge God and His ways rightly, to love God and the truth, to long for communion with God, to seek the glory of God with all his mind, to give himself over affectionately to the practice of every virtue, to separate himself from carnal and perishable things, to join himself to God as closely as possible, and to receive with joy and consolation the influence of His light and grace. Angels and men in the primal state of their nature were capable of participating in this active life of God and deserved to be called "sons of God" (Job 38:7; Luke 3:38). And, indeed, those persons in whom by divine grace this life has been restored are called "partakers of the divine nature" (2 Peter 1:4). No title more august or magnificent can possibly be given to a human being. Therefore, this spiritual and reasonable life is the true image, ectype, and copy of the very life and vitality of God; and from the life of the copy one may glimpse the original, the very nature of the divine life. There would be no spiritual life in the world if there did not exist the more perfect Rationality, the archetype and original of that life."

'The Imitation Of Christ' by Thomas a Kempis

'Late Medieval Mysticism Of The Low Countries' [The Classics of Western Spirituality]
https://crookedfingers.livejournal.com/6817184.html