"[ I] First therefore, The grace, mercy and goodness of God is by our redemption through Christ admirably exalted: Now Gods goodness and his mercy is that which doth highly exalt him; When Moses desired to see the glory of God Exo. 34.6. then God made this Proclamation, that he was merciful, long-suffer∣ing, ready to forgive; Those attributes that declare his mercy, they make him glorious; Now there never was or can be such an Instance of Gods grace, love, and goodness, as in our salvation by Christ; God never did any thing by which he can have such a Name for mercy as in this; The Church of God hath had many deliverances and great external favors, for which she hath been much in praising and glorifying of God, but God never exalted himself and made himself so glorious as by this; The Church was greatly affected, Psa. 136. with the goodness of God, when enumerating the several Instances of Gods mercy, she addeth in every verse, For his mercy endureth for ever, For his mercy endureth for ever; Oh but how maist thou go over all those things, Christ did for thee, adding, His mercy endureth for ever; He died and rose again for the remission of thy sins, for his mercy endureth for ever, he obtained the sanctification of thy nature, For his mercy endureth for ever, And in those temporal deliverances, though Gods mercy as an attribure in him endured for ever, yet the effect of his mercy did not, for both these mercies, and they themselves perished, but here the effects of his mercy will endure for ever; So then seeing God doth all things for his glory and his name, insomuch that Joshua urged this as a great argument with God, Josh. 7.9. What wilt thou do unto thy great Name? It cannot be but that our redemption by Christ must needs be acceptable to him, because his Name is most exalted thereby, we may say Gods thoughts, his heart and delight was more upon this then any thing else he e∣ver did; These attributes of God, his goodnesse, his love, his long-suffering, his grace, Divines makes a distinction of them, but in our salvation through Christ, they were all conjoyned; There they were all in their highest glory, Gods love is that whereby he wills good to the creature, now in his creation or preservation he doth not will that good, which he doth in our redemption, Gods goodness is that whereby though full in himself and sufficient, yet he would communicate unto the creature; Now in nothing did God ever communicate as in this; in other things, he giveth creatures, here he giveth himself: In other things he vouchsafeth fading, decaying comforts, here is eternall; In other things he giveth but drops and crumbs, here he giveth the ocean, he fills us up with happiness, that the soul saith it hath enough, especially Gods grace is seen in no thing but this, the Creation of the world, and bestowing other mercies, is never attributed to grace; this is peculiar for our salvation, Oh then what hope is here when we shall consider, there never was, there never can be any thing wherein God may be so glorified as in our salvation by Christ, urge this duty at the Throne of grace, O Lord, It is not my cause but thy cause; The devil opposeth not so much my salvation as thy glory there∣by: As they said to David, Thou shalt not go with us, Thou art worth ten thousand of us; Do thou urge, Let not thy glory be in danger that is worth all our souls." Anthony Burgess Sermon 21

It is 3:41 PM Wednesday afternoon in the death flow. It has been a warm sunny blue sky day. It feels like Indian Summer weather. I just realized I have not written anything in my online diaries so here it goes. It seems as the year go by I do not have much to write in LiveJournal. My life does not change. I do not have much new stuff to write about. My wife and I live a very simple Christian life. We are not into the world. We are waiting to go to Heaven.

I got up this morning around 7:05 AM. Carol had gotten up around 5:10 AM that morning. When I got up coffee had already been made so I had a cup of coffee. Carol said to me she was hungry and would I make her breakfast/eggs on a English muffin with a slice of cheese. So I fried Carol two eggs and toasted an English muffin for her. Later I had a bowl of cereal for breakfast.

After cooking Carol eggs I messed with our main computer to find out about the Presidential election. As we stand right now we do not know for certain who will be our next President. To be honest I am exhausted and what will be will be. America is doomed. When I saw this morning how many Americans voted for Trump I felt sick inside. America has become barbaric/brutish/savage/wicked/monstrous.

This morning after messing with our main computer I wrote in my paper diary and read once again Anthony Burgess sermons on Chapter 17 of The Gospel of John. Carol left this morning to do errands and when she got home we left to take a ride in the country and to visit thrift stores. Three places we stopped at to look at their used books were closed so we headed back home. Before going home we stopped at three local places to look at their used books and I found these/bought these used books-

'Nothing To Be Frightened Of' a memoir by Julian Barnes

'Master Mind: The Rise And Fall Of Fritz Haber, The Nobel Laureate Who Launched The Age Of Chemical Warfare' biography by Daniel Charles

We were home from our travels around 2 o'clock PM. So has gone by existence. I will close to drift. 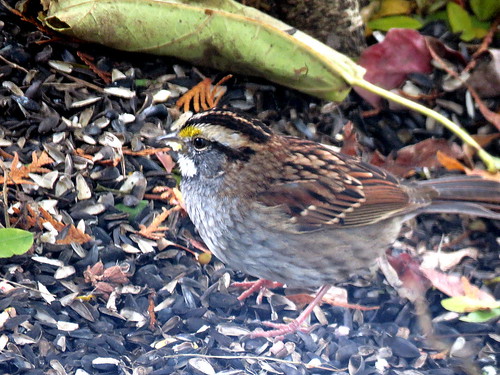