The Doctrine of Reprobation in the Gospel of Jesus (Matthew 15:13) by Prof. David Engelsma
I. What It Is
II. The Manifestation
III. The Benefit of Knowing This
Canons of Dordt I:15: “What peculiarly tends to illustrate and recommend to us the eternal and unmerited grace of election is the express testimony of sacred Scripture that not all, but some only, are elected, while others are passed by in the eternal election of God; whom God, out of His sovereign, most just, irreprehensible, and unchangeable good pleasure, hath decreed to leave in the common misery into which they have wilfully plunged themselves, and not to bestow upon them saving faith and the grace of conversion; but leaving them in His just judgment to follow their own ways, at last for the declaration of His justice, to condemn and punish them forever, not only on account of their unbelief, but also for all their other sins. And this is the decree of reprobation which by no means makes God the author of sin (the very thought of which is blasphemy), but declares Him to be an awful, irreprehensible, and righteous judge and avenger thereof.”

It is 12:44 PM Monday afternoon here in West Michigan. It is a cold gray cloudy day. We did have some sunshine this morning, but the clouds have moved in this afternoon.

I got up around 8 o'clock AM this morning. I got up and got myself a glass of apple cider. I walked to our living room and sat down in my chair with the purpose or goal of waking up to another day. Carol was across from me reading the Bible.

After I woke up somewhat I got myself a cup of coffee and messed with our main computer. Next I ate breakfast and wrote in my paper diary. Carol left to do errands. She leaves this afternoon to catch a plane ride out West around 2:45 PM. Emily and Josie are driving Carol to the airport this afternoon.

This morning I read till Noontime from a book titled, 'Christ's Prayer Before His Passion: Expository Sermons on John 17' Volume 1 by Anthony Burgess. Around 10:10 AM this morning the landscapers showed up to start working on our property/make it into a Garden of Eden/Paradise on earth.

Last night we watched Sunday Night Football and read. I have been reading mainly in the afternoon and evening hours from a book titled, 'In Europe: Travels through the twentieth century' by Geert Mak.

I have no plans for the rest of this day. I will see Carol off and then drift through Time. 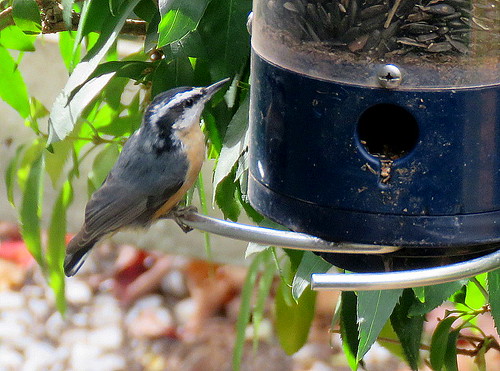 "Thirdly, Christs power is seen in convincing and enlightning mens understand∣ings so farre as to see their sinful and damnable estate,*as also the absolute necessi∣ty of a remedy through Christ. Thus Christ doth exceed the Sunne, for though the Sunne give light to the world, yet it doth not give eyes or ability to see, but Christ doth not only make the bodily blinde to see, and deaf to hear, but those that are spiritually darkened in their understandings, he makes them to know Christ he doth so teach, that the soul cannot but learn, it cannot refuse or gainsay, O Lord, I feel such light in my heart, such evidence upon my conscience, that I cannot hide this light any way; But as those glorious apparitious of light which Paul had and others, came with great amazement, filled them with trembling and astonishment, so doth Christs power upon the hearts of Believers; Oh then enquire who are they, where are they that have found Christs power thus upon their mindes and consciences? How weak are books, yea the best Book, the Bible it self, till Christ take such a threatening, or such a promise, and set it home with power on thee? This heavenly teaching and persuading Christ speaks of as to be wrought by his Spirit, Joh.•4. And it was wonderful in the beginning of the Gospel yea, in the first beginnings of Reformation out of Popery, the glorious workings of Christ were admirable to this purpose; Then Christ and the Ministry went along together; No sooner did the Trumpet blow, but the walls of Jericho fell down; When Christ thus powerfully taught them, they were quickly persuaded to leave their Idols and their lusts to follow him: The first Reformers were so many divine Orpheus's that made the very beasts and trees to move, the illiterate and stupid people to seek out for wisdom and heavenly understanding, You may say then, Why doth not Christ still come with the same power? Why are not our Churches Christs Schools, wherein every day he teacheth some or other, many learn by the Minister, but few are taught by Christ? They do not know the truths as they are in Jesus; There are many go to false causes; But those impediments which indeed resist this Point are

1. The atheism and unbelief reigning every where, so that we may take up that old complaint, Lord, Who will believe our report? It's said of some, Christ could do no miracles there, because of their unbelief, Mar. 6.5, 6. Not but that he had power, but to shew what an obstacle unbelief was; When they insulted over Christ at the Crosse, Let him come down and save himself, if he be the Son of God let him deliver him, Heb. 4.2. Christ did not these things not because he wanted power but they were wicked; so Christs power is not shortened; It's not because there is no Ministry, but because the unbelief of man is great.

2. Christ demonstrates not his power it may be because Customarinesse under the Word breeds contempt and negligence: At the first mens affections are quick, but when accustomed to the world all the excellency and livelinesse of it is taken away. A blinde man upon the first recovery of sight would admire the Sunne, but those that are used to it regard it not, though so glorious a creature.

3. The unthankefulnesse and unfruitfulness under the means of grace makes Christ deny his power; When the people of Israel murmured at their Manna, then God was provoked against them; He punished the Heathens because they did not glorifie God according to their knowledge, neither were thankful, how much more Christians for abusing the Light of the Gospel.

4. Though there are not so many yet there are some few in most places that have found this mighty power of Christ on their souls; Though there were not many raised out of the grave by Christ, yet one Lazarus is enough to demonstrate the glorious power of Christ; One in a Family, one in a Town, yea, one in a whole Nation, is enough to prove that Christ though now in heaven hath this power over men in the earth; Let such then who have been thus taught, so as no man, no book could teach them, give glory to Christ, blesse Christ for good Sermons, good Books, especially the Word of God, but above all that virtue cometh from Christ by these to heal thee; Though the woman had touched the hem of Christs garments a thousand times, yet if Christ had not caused virtue to come out of him, she had not been cured, so it is here. . ." Anthony Burgess 'Christ's Prayer Before His Passion: Expository Sermons on John 17' Volume 1 Sermon 7 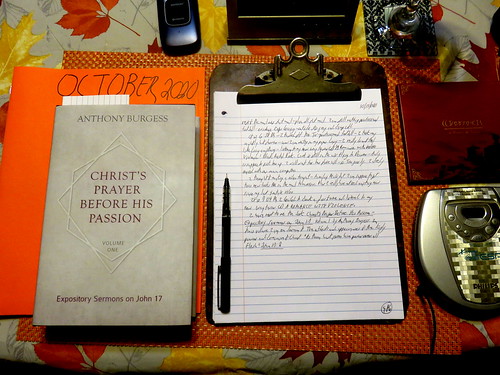 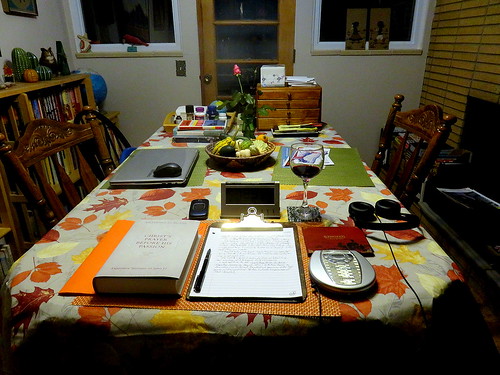