It is 12:10 PM Monday afternoon here where I do my little dance of death. Spinning around and around on a death cycle. It is a cold gray afternoon. All day I have felt ice flowing in my blood stream. I am also having a hard time staying awake. I understand now why one often finds old men asleep in their favorite chairs. Old men see no reason to stay conscious. It easier for me to close my eyes and remember past events or just dream. I am dreaming my existence away. I know there is no state of unconsciousness in Hell or Heaven. One can not close ones eyes to the majesty of God in the Eternal State.

I got up this morning around 7:35 AM. When I got up Carol was dressed and getting ready to go for a walk with a friend. So I got up and got myself a cup of coffee and sat in our dining room waiting to wake up. Carol left for her walk and I wrote in my paper diary and read the Bible. In the mornings lately I have been reading Leviticus/Old Testament. I am reading along with Leviticus Andrew Bonar's commentary on Leviticus. After reading the Bible and Bonar I read, 'Puritan Reformed Theology' by Joel R. Beeke.

Last night Carol and I watched PBS Mystery on TV and then Carol went to bed. I stayed up and read from a book titled, 'Red Pill' a novel by Hari Kunzru till Midnight.

Now it is another day in my own private death flow. Well, I will close to see what comes in the mail this afternoon. There is no way of escape.

"[18] Neither shalt thou take a wife to her sister, to vex her, to uncover her nakedness, beside the other in her life time.
[19] Also thou shalt not approach unto a woman to uncover her nakedness, as long as she is put apart for her uncleanness.
[20] Moreover thou shalt not lie carnally with thy neighbour's wife, to defile thyself with her.
[21] And thou shalt not let any of thy seed pass through the fire to Molech, neither shalt thou profane the name of thy God: I am the LORD.
[22] Thou shalt not lie with mankind, as with womankind: it is abomination.
[23] Neither shalt thou lie with any beast to defile thyself therewith: neither shall any woman stand before a beast to lie down thereto: it is confusion.
[24] Defile not ye yourselves in any of these things: for in all these the nations are defiled which I cast out before you:
[25] And the land is defiled: therefore I do visit the iniquity thereof upon it, and the land itself vomiteth out her inhabitants.
[26] Ye shall therefore keep my statutes and my judgments, and shall not commit any of these abominations; neither any of your own nation, nor any stranger that sojourneth among you:
[27] (For all these abominations have the men of the land done, which were before you, and the land is defiled;)
[28] That the land spue not you out also, when ye defile it, as it spued out the nations that were before you.
[29] For whosoever shall commit any of these abominations, even the souls that commit them shall be cut off from among their people.
[30] Therefore shall ye keep mine ordinance, that ye commit not any one of these abominable customs, which were committed before you, and that ye defile not yourselves therein: I am the LORD your God." Lev. 18:18-30

"[14] Be ye not unequally yoked together with unbelievers: for what fellowship hath righteousness with unrighteousness? and what communion hath light with darkness?
[15] And what concord hath Christ with Belial? or what part hath he that believeth with an infidel?
[16] And what agreement hath the temple of God with idols? for ye are the temple of the living God; as God hath said, I will dwell in them, and walk in them; and I will be their God, and they shall be my people.
[17] Wherefore come out from among them, and be ye separate, saith the Lord, and touch not the unclean thing; and I will receive you,
[18] And will be a Father unto you, and ye shall be my sons and daughters, saith the Lord Almighty." 2 Corinth. 6:14-18

"Thirdly,*Consider that the sense of Gods love may consist with a feeling of a spiri∣tual combate within us between the flesh and the spirit. For this assurance of Gods favour doth not arise from a total absence of all sinne, that there is now no cor∣ruption in us at all, but from Gods gracious favour in Christ, pardoning those reliques of corruption within us. It's not therefore the perfection of grace within us, that our sense of Gods love is built upon, but the promise and truth of God in his Word; the not attending to this, hath made Gods children la∣bour under heavy and sad burdens of minde; Oh they feel much corruption in themselves, they daily finde stirrings of sinne within them, by which means they are tempted to many doubts about Gods love towards them! But this is their infirmity? for did not Paul in a very grievous manner complain of the bo∣dy of sinne within him, that he found evil present with him, when he would do good, that he was a captive, even sold under sinne, and yet for all this he saith, I thank God through Jesus Christ, and concludeth, That there is no condemnation to him, yea for all this apprehension of sinne in himself in the next Chapter, what a glo∣rious Chariot of confidence is Pauls soul lifted up to heaven in? Doth he not challenge any adversary in the world to separate him from this love of God? Do not therefore make the sense of sinne, and the sense of Gods favour immediate∣ly opposite. These Cautions being laid down,* let us take notice of the Helps and means, to get and keep this favour of God in the sense of it upon our souls. And

[ I] 1. Be much in cherishing and nourishing the holy Spirit of God, which useth to breathe and work in thy soul. For seeing it's plain, that by Gods Spirit we are comforted, and that it only doth seal and witness unto us Gods love, that it's Gods Spirit which raiseth up the soul to call God, Father: That man can never have assurance that grieveth this Spirit, that by any sinne chaseth it away. As Spira rebelling against the light of Gods Spirit (of whom yet judicious Divines give a charitable censure) used this expression, If I could but feel one drop of di∣vine clemency, and could but in the least manner perceive God to be propitious to me (for even the very least would be enough) I would not refuse to endure a thousand years or more in hell torments. Oh therefore fix that Exhortation upon thy heart, Eph. 4.30. Grieve not the holy Spirit of God, whereby ye are sealed, &c. So that the most compendious way to walk in this light of Gods favour, is to be much in prayer for the Spirit of God, for as that only can subdue corruptions which
Page 700

are too strong for us. Those primitive Christians, which did rejoyce in tribu∣lations, and were endowed with joy unspeakable and full of glory, it was, because they were also at the same time full of the holy Ghost: If thou be lead by the Spirit, and walk in the Spirit, thou shalt have the comforts of the Spirit. Hence those great learned men, who oppose this assurance, they go no higher then Aristotles school, and seem to know no further then the efficacy of moral ver∣tues: Thus they make not the Sun, but the Moon to rule the day.

[ II] 2. Wouldst thou enjoy this sense of Gods favour? Then take heed of all sinne, especially such as waste the conscience, and make a great gulf between thee and Gods favour. It's the constant Doctrine of the Scripture, that Gods anger is because of sin, that sin only withholds all good from us: So that it's impossible to keep the sense of Gods love, and wallow in sin at the same time, Mat. 5. Blessed are the pure in heart for they shall see God. The eye diseased with corrupt humours cannot behold any comfortable object; so neither is a man polluted with sin in a fit capacity for Gods love, for those who thus taste of Gods goodness, they are his favourites, they are admitted into his secret presence: Now as a great Monarch would not endure, that a man in noisome and loathsom apparel, and with the plague-sores upon him, should be admitted into near familiarity with him; so neither will God bid a prophane person draw nigh unto him, Gods fa∣vour, and a presumption in sinne cannot consist together; When David had plunged himself into those foul sins, you see what darkness did cover him, immediately he complaineth for want of joy, that God had hid his face, that his bones were broken; and what was it but sin, that did throw his soul into this hot fiery furnace.

[ III] 3. Meditate much on Evangelical Truths, and the Gospel-Doctrine that is deli∣vered in Scripture. For as it is the Law of God, as revealed in the Scripture, that makes a mans sin to appear out of measure sinful, by that pure glass he seeth him∣self more monstrous and deformed a thousand times, then ever he apprehended himself: so by diligent inspection into, and consideration of the glorious things of the Gospel, we see a more easie and more probable way for assurance of Gods love, then otherwise we would: It's not therefore the duty of Gods people to be only poring upon their sins to be alwayes applying the Law to themselves, but they are also to behold the glorious riches of Gods grace in the Gospel. Though Paul was often cast down with the sense of his sin, judging himself the chiefest of all sinners, and less then the least of all Saints, yet this doth not drive him from Christ, but rather the more to him: hence none speaks so vigorously and cordially about Christ, as Paul doth. According to those objects we often meditate upon, we are apt to be affected and even transformed into them: If therefore we desire to know nothing, but Jesus Christ crucified; if we daily possesse our selves with the unspeakable love of Christ in dying for us; if we oft∣en are caught up into this Paradise, as it were, this love like fire will cause sweet meltings and liquefactions of the soul; and if the cold, hard iron can by the fire be even assimulated unto it, so that its natural coldness and untractableness is re∣moved, it doth not so much appear iron as fire; no wonder if the gracious love of God plentifully poured out upon the soul, doth make the soul full of unspeak∣able joy and consolations in the sense of it. As therefore Abraham would not consider the dead womb of Sarah, but the power and promise of God; so nei∣ther do thou only consider the guilt, and evil of thy soul, but also the glorious promises, and unsearchable riches of grace manifested in the Gospel. The Apo∣stle speaketh notably to this, 2 Cor. 3.17, 18. We all beholding as in a glasse, the glory of the Lord (viz. revealed in Christ by the Gospel) are changed from glory to glory (from grace to grace) by the Spirit of God; that as in heaven, the bea∣tifical vision of God, doth fill the soul with all purity and joy: Thus the behold∣ing of him by faith, as manifested in the Gospel, doth produce lively and cor∣dial
Page 701

refreshments of soul by the sense of his love. 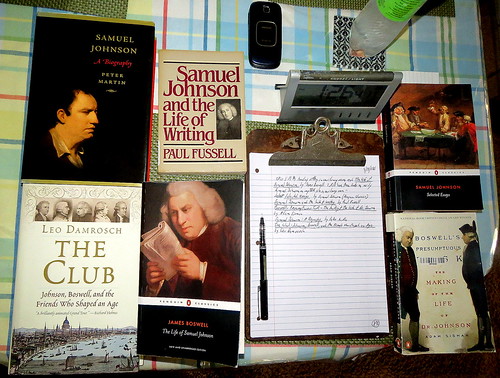