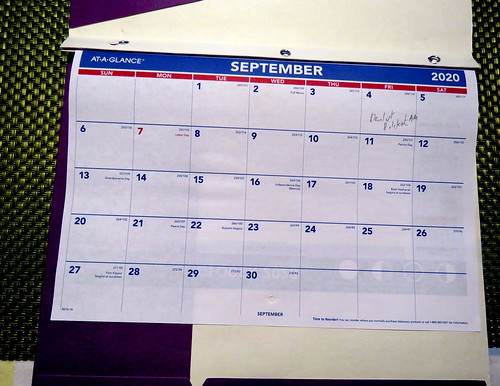 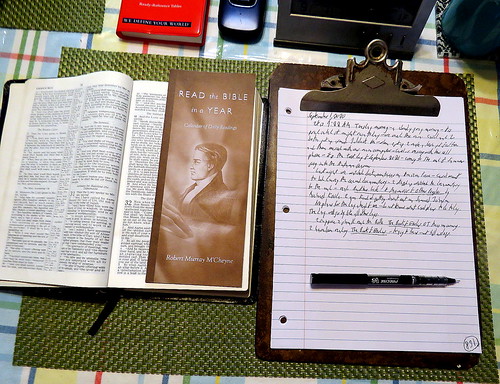 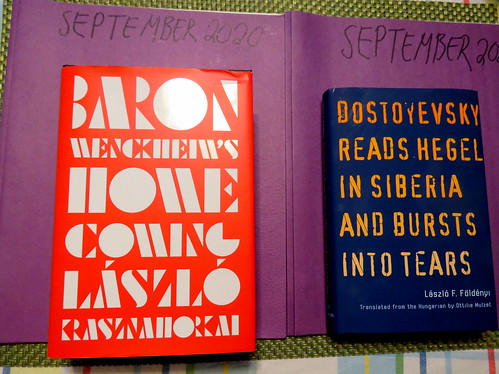 It is 2:15 PM Tuesday afternoon here in West Michigan. It is cool cloudy day today, feels like the end of Summer.

Carol and I both got up this morning around 6:45 AM. When I got up I made a fresh pot of coffee and then messed with our main computer. Next I wrote in my paper diary and ate breakfast. I read this morning from a book titled, 'Biblical Theology According to the Apostles: How the earliest Christians told the story of Israel' by Chris Bruno, Jared Compton, and Kevin McFadden. Around 10 o'clock AM I decided to break off my studies and mow our front and back yard. That task of mowing took me over an hour. Carol left while I was mowing to do stuff with Josie.

I was finished with lawn work around 11:15 AM. I cleaned up after mowing and then read some more of the book,'Biblical Theology According to the Apostles: How the earliest Christians told the story of Israel'. Carol came home with Josie this afternoon. I have spent the afternoon writing in my paper diary and read 'The Life of Samuel Johnson' by James Boswell. Also have been reading off and on from a book titled, 'Avid Reader: A Life' by Robert Gottlieb. Michael Korda and Robert Gottlieb worked together at the same publishing House Simon & Schuster.

This morning Amazon delivered a book I had pre-ordered titled, 'Red Pill' A Novel By Hari Kunzru.

Last night Carol and I watched documentaries on Amazon Prime. Carol went to bed around 10 o'clock PM. I stayed up and read late into the night from a book titled, 'Another Life: A Memoir of Other People' by Michael Korda.

I plan to drift through the rest of the day. I do not know what I will read next. 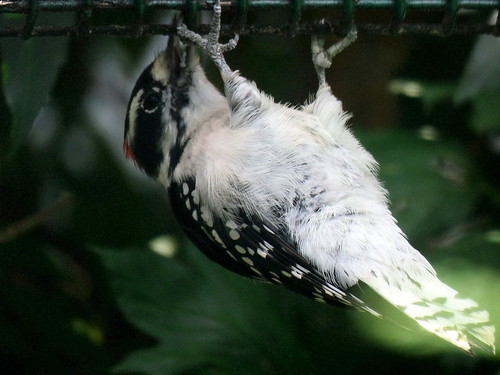 Michael Korda (born 8 October 1933) is an English-born writer and novelist who was editor-in-Chief of Simon & Schuster in New York City.

Korda moved to New York City in 1957 where he worked for playwright Sidney Kingsley as a research assistant and then later as a freelance reader in the CBS story department.[1] In 1958 he joined the book publishing firm, Simon & Schuster, starting as an assistant editor, which included the task of reading slush pile manuscripts for Henry Simon.[1]

Many editors stick to one area of interest, but early on Korda demonstrated an ability and interest in editing both fiction and non-fiction. He states in his memoir that he edited books on everything from mathematics and philosophy, memoirs, fiction, translations from French, politics, anthropology and science history among others.[1]

After Robert Gottlieb left Simon & Schuster for Alfred E. Knopf, Korda became Editor-in-Chief of Simon & Schuster.[1] Korda was a major figure in the book industry, publishing numerous works by high-profile writers and personalities such as William L. Shirer, Will, and Ariel Durant, Harold Robbins,[1] Irving Wallace,[1] Richard Nixon and Ronald Reagan. Korda was a major part of Simon & Schuster for more than forty years and one of the most influential people in the business of book publishing. In the autumn of 1994, he was diagnosed as having prostate cancer. In 1997 he wrote Man to Man, which recounted his medical experience. In 2000, he published Another Life: A Memoir of Other People, about the world of publishing.[1]

In addition to being an editor, Korda was also a writer. In the mid-sixties Korda began to write freelance articles for Glamour Magazine and eventually wrote their film review column for almost ten years.[1] Korda also wrote for Clay Felker's New York magazine including a piece that eventually became his first book, Male Chauvinism and How it Works at Home and in the Office.[1] Korda's second book, Power!, reached the number one spot on the New York Times Bestseller list in 1975.[3]

Korda the writer was represented by agent Lynn Nesbit.[1]

Among Korda's better-known books are Charmed Lives, which was a memoir about his life with his father and uncle, and the novel Queenie, which is a roman à clef about his aunt, actress Merle Oberon, which was later adapted into a television miniseries.

Beginning in the 2000s written a number of history and biography books on the Hungarian Revolution, Dwight Eisenhower, T.E. Lawrence and Robert E. Lee. On writing histories Korda said, "I've always wanted to write history, and it was only the accident of going to work for a book publisher in 1958 (and the need to earn a regular paycheck) that slowed me down."
Collapse