It is 12:03 PM Tuesday afternoon in the flow of my life. It is 80 degrees inside my cell this afternoon. Outside it is hot and sunny. If it gets any hotter I will shut the house up and turn on the central air system.

I got up this morning around 7 o'clock AM. Carol was already up getting ready to for a morning walk with her friend Karen. Carol left this morning to do errands and to meet up with her cousin's on her Dad's side for coffee and conversation. Carol likes to talk to people.

I spent the morning writing in my paper diary and reading some more of the book, 'The Life of Samuel Johnson' by James Boswell. I did leave the house this morning around 10:30 AM to visit local thrift stores to search for used books. One local thrift store has closed due to the upsurge in people getting sick and dying from the COVID-19 plague. I did find two other local thrift stores open and found these used books-

'Age of Reformed From Bryan To F.D.R.' essays American History by Richard Hofstadter

'The Lost Fortune of the Tsars' Russian History by William Clarke

When I got home it was around 11:30 AM. So goes by existence. Carol did not know when she would be home today.

Last night we watched television and went to bed early. I mainly read yesterday, 'The Life of Samuel Johnson' by James Boswell and also 'Designing the Life of Johnson' literary study by Bruce Redford.

I will close to sweat and read. 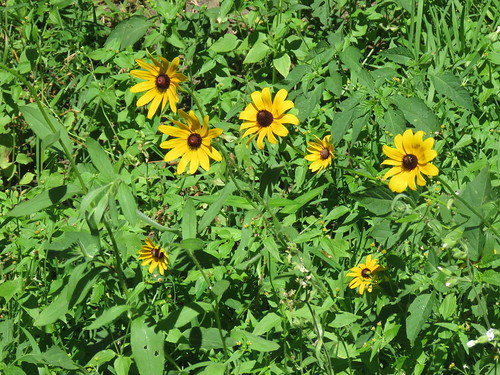 No. 110. Repentance stated and explained. Retirement and abstinence useful to repentance.

April 1751
Posted by Samuel Johnson in The Rambler

We through this maze of life one Lord obey;
Whose light and grace unerring lead the way.
By hope and faith secure of future bliss,
Gladly the joys of present life we miss:
For baffled mortals still attempt in vain,
Present and future bliss at once to gain. F. LEWIS.

That to please the Lord and Father of the universe, is the supreme interest of created and dependent beings, as it is easily proved, has been universally confessed; and since all rational agents are conscious of having neglected or violated the duties prescribed to them, the fear of being rejected, or punished by God, has always burdened the human mind. The expiation of crimes, and renovation of the forfeited hopes of divine favour, therefore constitute a large part of every religion.

The various methods of propitiation and atonement which fear and folly have dictated, or artifice and interest tolerated in the different parts of the world, however they may sometimes reproach or degrade humanity, at least shew the general consent of all ages and nations in their opinion of the placability of the divine nature. That God will forgive, may, indeed, be established as the first and fundamental truth of religion; for, though the knowledge of his existence is the origin of philosophy, yet, without the belief of his mercy, it would have little influence upon our moral conduct. There could be no prospect of enjoying the protection or regard of him, whom the least deviation from rectitude made inexorable for ever; and every man would naturally withdraw his thoughts from the contemplation of a Creator, whom he must consider as a governor too pure to be pleased, and too severe to be pacified; as an enemy infinitely wise, and infinitely powerful, whom he could neither deceive, escape, nor resist.

Where there is no hope, there can be no endeavour. A constant and unfailing obedience is above the reach of terrestrial diligence; and therefore the progress of life could only have been the natural descent of negligent despair from crime to crime, had not the universal persuasion of forgiveness, to be obtained by proper means of reconciliation, recalled those to the paths of virtue, whom their passions had solicited aside; and animated to new attempts, and firmer perseverance, those whom difficulty had discouraged, or negligence surprised.

In times and regions so disjoined from each other, that there can scarcely be imagined any communication of sentiments either by commerce or tradition, has prevailed a general and uniform expectation of propitiating God by corporal austerities, of anticipating his vengeance by voluntary inflictions, and appeasing his justice by a speedy and cheerful submission to a less penalty, when a greater is incurred.

Incorporated minds will always feel some inclination towards exterior acts and ritual observances. Ideas not represented by sensible objects are fleeting, variable, and evanescent. We are not able to judge of the degree of conviction which operated at any particular time upon our own thoughts, but as it is recorded by some certain and definite effect. He that reviews his life in order to determine the probability of his acceptance with God, if he could once establish the necessary proportion between crimes and sufferings, might securely rest upon his performance of the expiation; but while safety remains the reward only of mental purity, he is always afraid lest he should decide too soon in his own favour; lest he should not have felt the pangs of true contrition; lest he should mistake satiety for detestation, or imagine that his passions are subdued when they are only sleeping.