It is 1:00 PM Sunday afternoon here by Lake Michigan. It is another scorching hot day. We once again need rain to fall from the skies.

I got up this morning around 6:30 AM. I know someday I won't be getting up. So I got up to find Carol reading her ESV Bible. I got myself a glass of cold water and sat in my chain in the living room to slowly wake up to another day of my Life. Next month I have my 68th birthday. Life has gone by so fast! After I woke up I made a fresh pot of coffee and wrote in my paper diary. Carol left for a walk around the neighborhood.

I spent the morning hours reading my books on Samuel Johnson and writing in my paper diary. Carol went to Covenant PCA around 10 o'clock AM and got home around 11:45 PM. Now it is 1:06 PM Sunday afternoon.

Last night I read late into the night from Fussell's book 'Samuel Johnson and the Life of Writing'. Now it is the beginning of the last week of July 2020.

I have nothing to do the rest of the day, but wait it out. I will close to drift. There is no way out. 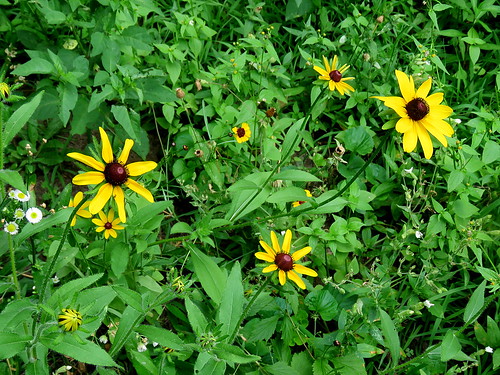 First editions, presentation copies, both the Life of Johnson and Principal Corrections with individual autograph presentation inscriptions from the author to Andrew Lumisden (1720-1801), a friend of Boswell's who had assisted in preparing the Life by deciphering Johnson's manuscript notebook of his trip to France in October November 1775. This assistance is acknowledged in print at the footnote on p. 511, vol. I: "My worthy and ingenious friend, Mr. Andrew Lumisdaine sic, by his accurate acquaintance with France, enabled me to make out many proper names, which Dr. Johnson had written indistinctly, and sometimes spelt erroneously". The autograph inscriptions read, on the Life, "To Andrew Lumisden Esq: from his old and much obliged friend The Authour", and on the Principal Corrections, "To Andrew Lumisden Esq: from his obliged friend The Authour. "Andrew Lumisden was a fascinating character. Educated like Boswell for a respectable career in the law, Lumisden threw it all away in 1745 for the Jacobite cause. He served as the under-secretary and the first clerk of the treasury to the Young Pretender throughout the campaign of 1745 and was present at Culloden. Adopting a variety of disguises after the battle, he managed to escape to Paris, where he entered the service of the Old Pretender. He and Boswell became acquainted in Rome in 1765. Lumisden was still in Rome on 23 January 1766 to greet Charles Edward on his accession, but by now felt only a thinly veiled contempt for the Young Pretender and was dismissed from his service on 8 December 1768. From 1769 to 1773 Lumisden resided in Paris, where he gradually distanced himself from the Stuart cause. A member of the royal and antiquaries' societies of Edinburgh, Lumisden corresponded with Boswell, as well as Joseph Banks, Adam Smith, and David Hume. He received a full pardon from the British government in 1778, having done his personal cause some good by buying up a collection of rare books for the Prince of Wales, and in due course returned to Edinburgh. With the bookplates of Sir Thomas Andrew Lumisden Strange (1756-1841) and Thomas Lumisden Strange (1808-1884), respectively nephew and grandnephew of Andrew Lumisden; signed by Thomas Lumisden Strange in each volume and with a note on Boswell's Life copied by him from Samuel Parr.Presentation copies of the Life are rare in commerce. The last copy at auction, that given to Boswell's executor Sir William Forbes of Pitsligo was inscribed only on a note tipped in before the title (Sotheby's, 13 December 2016, lot 45). Prior to that, the only other presentation copy sold at auction was that given to John Douglas, Bishop of Carlisle, who appears in a short episode in the work (Sotheby's NY, 1998). Pottle notes other presentation copies given to John Wilkes, Warren Hastings, Sir William Scott, and James Boswell the younger.