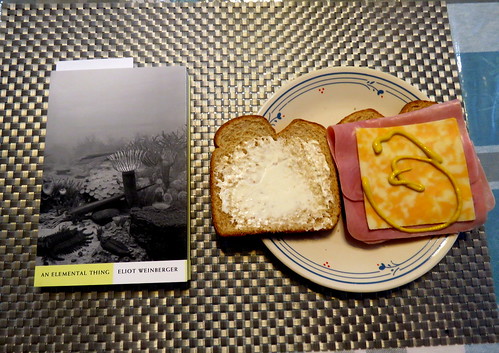 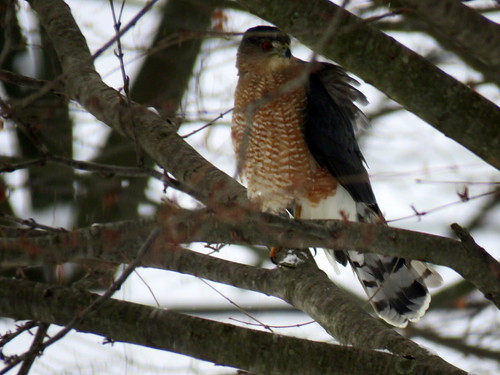 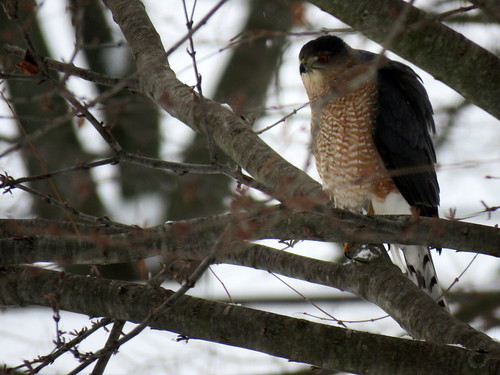 It is 2:45 PM Friday afternoon here in West Michigan. It is a cold sunny cloudy damp day. I am falling asleep as I type so I should get right to the point.

I got up this morning around 7 o'clock AM. Carol was already up when I arose from our bed. I got myself a bottle of cold water and sat across from my wife seeking to wake up slowly. It is such a blessing waking up slowly and not having to rush off to some meaningless job. After I woke up I asked Carol if she had had breakfast. She said she had had a piece of toast and was going to the dentist an hour. I fixed myself a portion of oatmeal for breakfast. I messed with our main computer and then ate my mush. After breakfast I wrote in my paper diary, but was in no mood to read anything this morning for devotions.

Caleb dropped off Ollie their little dog this morning. Caleb and his family will be out town till next week, so we will dog sit Ollie while their away.

This morning I volunteered at the Book Nook our local library used books store from 10 o'clock till 1:15 PM. While at the Book Nook I wandered the store to keep myself awake and read from a book titled, 'The Impossible Exile: Stefan Zweig at the End of the World' by George Porchnik. I bought these used books at the Book Nook today for a library-

'Then And Now' A Novel Of The Renaissance by W. Somerset Maugham

'The Queen's House: A Social History Of Buckingham Palace' by Edna Healey

When I got home from the Book Nook it was 1:20 PM. Carol was eating lunch and then I decided to eat something before taking Ollie on his afternoon walk. In the mail this afternoon I received a used book I had ordered titled, 'Analyzing Freud: Letters Of H.D. , Bryher, And Their Circle' Edited By Susan Stanford Friedman.

Well not much else to report. Last night I watched television and messed with our main computer. I went to bed my usual time. Existence keeps decaying. I will close to feel drained.
Collapse