"Dead conscience has two degrees. The first is the slumbering (or benumbed) conscience; the second is the seared conscience.

The benumbed conscience is that which does not accuse a man for any sin unless it is grievous or capital, and not always for that, but only in the time of some grievous sickness or calamity. Joseph's brethren were not much troubled in conscience for their villainy in selling their brother till afterwards when they were afflicted with famine and distressed in Egypt (Gen. 42:2). This is the conscience that commonly reigns in the hearts of drowsy Protestants, of all carnal and lukewarm gospellers, and of such as are commonly termed civil honest men, whose apparent integrity will not free them from guilty consciences.

Such a conscience is to be taken heed of as being most dangerous. It is like a wild beast, which so long as he lies asleep, seems very tame and gentle and hurts no man. But when he is roused, he then awakes and flies in a man's face, and offers to pull out his throat. And so it is the manner of [a] dead conscience to lie still and quiet, even through the course of a man's life. And hereupon a sickness or death approaches, it, being awakened by the hand of God, begins to stand up on its legs, and shows its fierce eyes, and offers to rend out even the very throat of the soul. And heathen poets, knowing this right well, have compared evil conscience to Furies pursing men with firebrands." pg. 83 William Perkins 'A Discourse of Conscience' The Works of William Perkins Volume 8

It is 11:30 AM late Thursday morning here in West Michigan. I just fed our birds and noticed that it is not bitter cold today. It did snow this morning, but now it seems quiet outside. Carol is getting ready to go see a doctor about her sore right knee.

I got up this morning around 6:45 AM. When I got up Carol was in the kitchen washing dishes. She had gotten up this morning around 4 o'clock AM. I made myself a portion of oatmeal for breakfast. Carol had already had a meal so I made oatmeal only for myself. After breakfast I made a fresh pot of coffee and then messed with our main computer. I watched videos on Youtube and checked for e-mail on our main computer. I got off our main computer and wrote in my paper diary. I write every morning something in my diary, I really write off and on all day in my paper diary. I always either reading or writing. I am a Reader and a Writer.

This morning I mainly read from these books-

'The Works of William Perkins' Volume 8

Not much going on this morning. I plan to drift through the rest of this day. Last night I mainly read before going to bed from a book titled, 'Of Time, Work, and Leisure' by Sebastian De Grazia.

Well I will close to face the afternoon hours. 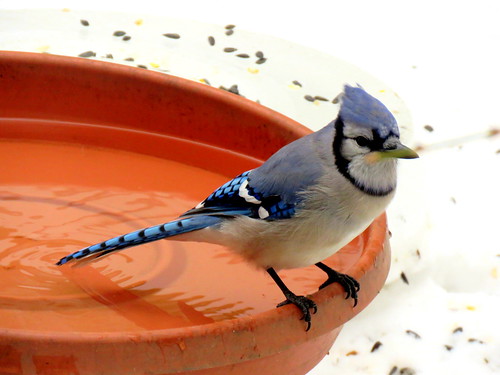 "The seared conscience is that which does not accuse for any sin, no not for great sins. It is compared by Paul to the part of the man's body which is not only bereft of sense, life, and motion by the gangrene, but also is burned with a searing iron, and therefore must needs be utterly past all feeling (1 Tim. 4:2).

This kind of conscience is not in all men, but in such persons as are become obstinate heretics and notorious malefactors. And it is not in them by nature, but by an increase of the corruption of nature, and that by certain steps and degrees. For naturally, every man has in him blindness and ignorance of mind, are joined some remnants of the light of nature and common conscience. By practice of such sins, the light of nature is extinguished. And then comes the reprobate mind, which judges evil good and good evil. After this follows the seared conscience, in which there is no feeling or remorse. And after this comes an exceeding greediness to all manner of sin (Eph. 4:18; Rom. 1:28).

Here it may be demanded, How shall men's consciences accuse them in the day of judgment, if they are thus benumbed and seared in this life? Answer. It is said that at the last judgment all shall be brought before Christ, and that the books then shall be opened (Rev. 20:12). Among these books, no doubt, conscience is one. Wherefore, though a dead conscience in this life is as a closed or sealed book, because it does either little or nothing accuse, yet after this life it shall be as a book laid open; because God shall enlighten it, and so stir it up by His mighty power that is shall be able to reveal and discover all the sins that a man ever committed." pg. 83,84 William Perkins 'A Discourse of Conscience' The Works of William Perkins Volume 8
Collapse