1. The second-last book you read

'The Journals of John Cheever' With An Introduction By Geoff Dyer

2. The second book from the top of your TBR

I do not rate books by stars.

'Kruso' a novel by Lutz Seiler Translated By Tess Lewis

'Biblical Theology of the New Testament' by Peter Stuhlmacher translated and edited by Daniel P. Bailey

'On The Road' a novel by Jack Kerouac

"Love, love on a spring night. The cotton lace of her nightgrown, the fresh perfume of some lotion or cologne she has used in getting ready for bed, her dark hair and her pale and hardly visible face and the lace of broken and reflected streetlights, scored by the window frames and the folds of the curtains, that lie across both our bodies. The perfect unburdenment of tenderness and disappointment, the perfect response of one body to another, of one answering the other, and the slow journey toward that captivation of our faculties, into that country whose violence remains alien and overwhelming; and then a sweet sleep" John Cheever

10. Tag a number of BookTubers - the total must be divisible by two!

[Intro]
"Well, I saved the hottest for last as it relates to these doctrines that I believe have been so beneficial for us as the family of God to understand. As we considered the doctrine of angels and the... the doctrine of demons and Satan and we've looked at, for two weeks we spent talking about Heaven, the theology of Heaven. And this week we are going to be talking as you heard us say a couple of times, uh, about the Biblical doctrine of Hell. And the reason why we do this is because we know, like these other topics, it is very poorly understood. There's a real movement in our time to assume that Hell- that Satan is nothing more than this short, fat, little arrow-tailed, pitchfork wearing, red satin suit with horns baby and that Hell is a place that we're going to go to where we have endless beerbongs and it's like a frat party that is continuous and that we're going to enjoy ourselves there and I hope to completely dispel that myth and disabuse you of that notion.

Many in our day struggle with the goodness of God as they see the doctrine of Hell as a blemish or spot on His record. And it's understandable in our time that we have questions about such things, but they need to be framed as questions and not statements on His moral character. The question that is often asked by those who struggle with this doctrine is... 'What grounds does God have to punish someone for eternity?' Has this question been asked of you as you've attempted to speak the gospel to someone - as you talk to your family or friends, and inevitably the question comes around to Hell, and they say 'do you believe in Hell?' and you say 'yes', and they say 'well, how in the world, can God - if he is good - have justification to create Hell and send someone to it?' And this question certainly need to be answered - I hope we do that through this study, and I hope that when we come to this topic, not only today, but as we look at this topic in discussions with our family and friends and coworkers and neighbors - which I'm sure you're gonna run out today and talk to everyone about Hell, I pray that you handle this in a very gentle way because it certainly is a horrifying topic. It really is, it is just a horrifying topic.

It starts with Man as the center of all things and concerns itself with Man's rights, Man's de-desires, Man's plans. His expectations. And it starts from the center, and it works its way up, and it puts this lens on to view all things, including God. And this secular mindset is so pervasive in our day, in our culture, that it's not just out of the camp of Christians, it's within the Christian camp. We are so inundated by our culture, this is so [distortion] over and over and over again, we are swimming in it. It is the air that we breathe, it is the way that we do theology today, it is the way that we read scriptures, it is the way that we preach the gospel, it is the books we've written, it is the seminars - that teach classes - it is all of this. It is this secular mindset that starts with Man as the basic given reality; it starts with his needs and his desires, his expectations, and his goals, [music overlaps the audio]. Man has basic rights, Man has basic needs, Man has basic expectations, then [music overlaps once more]. You have to see that this is [music overlaps]."

[Verse 1]
It’s just a past occurrence, no more than coincidence
I’ve got a past I can’t recall…
I’ve got a life I don’t remember at all
Ways down, beneath the skin
Beneath my body’s gray walls…
Is how I begin to see that nothing’s my fault

[Verse 2]
Fate’s a funny thing
It makes a victim of the will and brings a suit of broken bands
A snake so full of tail
That it can barely breathe to say it “doesn’t understand.”
So, what am I to think?

[Chorus]
I’m doing it now
At least I know I am
At least I caught myself before I sent this out
Into a stupid world that doesn’t give a damn
Oh, what kind of fool do you think I am?
Go - and ask the cattle to inform you

It is 9:15 AM Saturday morning. A cold partly sunny morning. I predict the sun will disappear and it will snow this afternoon.

I got up this morning around 5:15 AM. I got up and made for myself a portion of oatmeal for breakfast. I ate my mush while messing with our main computer. After messing with our main computer I wrote in my paper diary and then read for awhile from a book titled, 'All Things New Revelation as canonical capstone' by Brian J. Tabb. I fell asleep reading this book, so I decided to go sit in silence and doze.

Last night I filmed a video for my Youtube channel and read 'The Journals of John Cheever' and went to bed early. Now it is another day in the death flow.

I will close to wait it out. I have not heard from Carol today, she is out West. 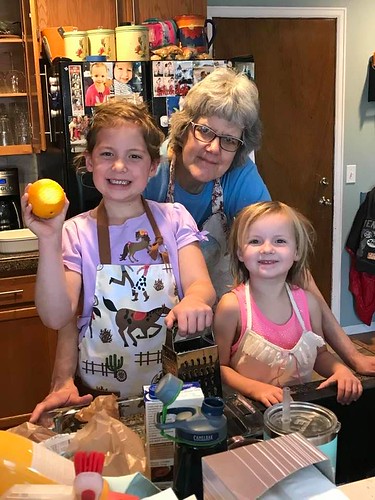