On the eve of President Donald J. Trump’s official visit to the UK, Serpent’s Tail is delighted to announce the acquisition of a new novel by America’s last remaining dissident writer, Jarett Kobek, author of the cult hit I Hate the Internet.

Only Americans Burn in Hell, which will be published in March 2019 to coincide with the 150th anniversary of the famously corrupt administration of President Ulysses S. Grant, tells the story of an immortal lesbian fairy who travels to a country where the only media people consume is spectacular pornography about war with titles like Wonder Woman and Captain America; where voters have elected a shameless and narcissistic millionaire; and where the media is owned by a rare species of filthy rich lizard that doesn’t care about any of it as long as it continues to make them filthy rich.

UK and translation rights were acquired by Serpent’s Tail commissioning editor Nick Sheerin. Sheerin said ‘Jarett is our most important satirist, and Only Americans Burn in Hell takes aim at the wealthy charlatans who’ve stolen our democracy, at the bankrupt progressive agenda that allowed it to happen, and at the media whose hypocrisy sustains it all. It’s very funny and very angry, and certainly the most political novel ever written about fairies.’

Kobek, who lives in internal exile in Los Angeles, said ‘One time, my father gave me some advice. “Kid,” he said, “If you’re going to kill yourself, don't be selfish. Leave a note.” In the spirit of those words, I’m delighted that Serpent’s Tail is publishing a book 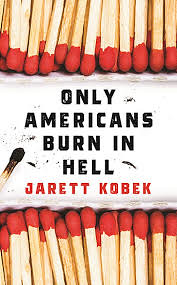 What I Have Been Reading & Thrift Store Used Books Haul

'Righteous by Promise: A biblical theology of circumcision' by Karl Deenick [New Studies In Biblical Theology]

'Moral Reflections on the Book of Job' Volume 5 Books 23-27 by Gregory the Great Translated by Brian Kerns, OCSO

'Blessed: A History of the American Prosperity Gospel' by Kate Bowler

'Waking Giant: America In The Age of Jackson' by David S. Reynolds

'Original Meanings-Politics and Ideas in the Making of the Constitution' by Jack N. Rakove

'Vietnam: History, Documents, And Opinions On A Major World Crisis' Edited, with an Introduction by Marvin E. Gettleman

'The Sympathizer' a novel by Viet Thauh Nguyen

'Call And Response" a novel by T.R. Pearson

It is 1:24 PM Sunday afternoon in the death flow. It is partly sunny day. It is still cold outside, but it predicted to get in the 70's tomorrow. We can only hope for warmer weather.

I got up this morning around 6:30 AM. When I got up Carol was up reading her Bible. I made a fresh pot of coffee and then made oatmeal for breakfast. Carol did not want any oatmeal so I only made oatmeal for myself. I ate my oatmeal messing with our main computer.

After messing with our main computer I wrote in my paper diary and then read 'Reformed Systematic Theology' Revelation and God Volume 1 by Beeke & Smalley. I made a video for my Booktube channel and so has gone by the day. Not much else to report. In the mail I did receive a book I had ordered titled, 'Memoirs Of A Revolutionary' memoir by Victor Serge Translated from the French by Peter Sedgwick & George Paizis.

Carol went to church this morning and came home afterwards to eat some food. After eating some food and messing with her cell phone she left to visit her elderly friend Pam. I have been writing in my diary and wandering the house. I am tired. I need to sit in silence. I will close to cook bratts. 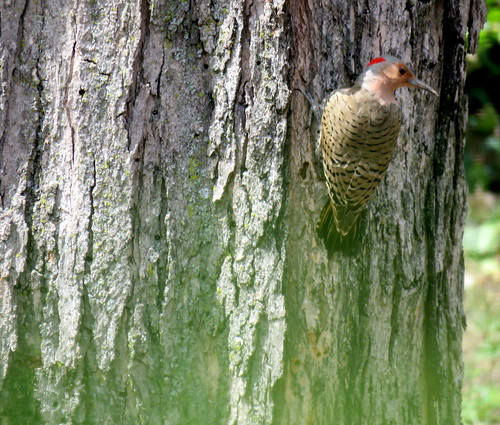