It is 1:07 PM Tuesday afternoon here in west Michigan. It is 83 degrees and cloudy gray sky. It is also humid today. I am sure I will turn on this afternoon our central air system so as to cool down the house.

I have had thus far a normal day. I spent the morning writing in my paper diary and reading from these books-

'From Glory To Glory:Texts From Gregory Of Nyssa's Mystical Writings' Selected and with an Introduction By Jean Danielou, S.J. Translated and Edited By Herbert Musurillo, S.J.

'The Ranger' A Quinn Colson Novel/Crime Fiction by Ace Atkins

'Driving on the Rim' a novel by Thomas McGuane

'A Dual Autobiography' by Will and Ariel Durant

Last night I made a video and read from a novel titled, 'Dissident Gardens' by Jonathan Lethem. I went to bed early last night. Lately I just want to close my eyes and doze. I am an old man.


'The Happiness of Getting It Down Right: Letters Of Frank O'Connor and William Maxwell' Edited By Michael Steinman

'A Literary History Of Cambridge' by Graham Chainey

'Hellfire Nation: The Politics Of Sin In American History' by James A. Morone

'Hunting Mister Heartbreak: A Discovery of America' by Jonathan Raban

'The Age Of Consent' a novel by Geoffrey Wolff

'Love for Nancy: The Letters Of Nancy Mitford' Edited By Charlotte Mosley

'Burning Down The House: Essays On Fiction/Expanded Edition by Charles Baxter

'The Collected Stories of Louis Auchincloss'

'The Lotus Eater' a novel by Tatjana Soli

'Omega and after: Bloomsbury And The Decorative Arts' Isabelle Anscombe/photographs by Howard Grey/Foreword by John Lehmann

'Thackeray: The Life of a Literary Man' biography by D.J. Taylor

'Conformed To The Image Of His Son: Reconsidering Paul's Theology Of Glory In Romans' by Haley Goranson Jacob

'Beyond Belief: Islamic Excursions Among The Converted People' by V.S. Naipaul

'The World Is What It Is: The Authorized Biography Of V. S. Naipaul' by Patrick French

'Conformed To The Image Of His Son: Reconsidering Paul's Theology of Glory In Romans' by Haley Goranson Jacob

'Cultural Amnesia: Necessary Memories From History And The Arts' by Clive James

'The Philokalia' The Complete Text Volume One compiled by St Nikodimos of the Holy Mountain and St Makarios of Corinth Translated from the Greek and edited by G.E.H. Palmer; Philip Sherrand, & Kallistos Ware

'Conformed To The Image Of His Son: Reconsidering Paul's Theology Of Glory In Romans' by Haley Goranson Jacob

'John' Interpreted by Early Christian and Medieval Commentators/Bryan A. Stewart & Michael A. Thomas translators and editors [The Church's Bible]

Video made on July 30 Monday Reads

'Near-Death Experiences. . .And Others' essays by Robert Gottlieb

'Unfabling The East: The Enlightenment's Encounter with Asia' by Jurgen Osterhammel Translated by Robert Savage

'I Will Be Complete: A Memoir' by Glen David Gold

'The Sheltering Sky' a novel by Paul Bowles

'Between Friends' Stories by Amos Oz

'Prick Up Your Ears: The Biography Of Joe Orton' by John Lahr

'Tennessee: Cry Of The Heart' memoir by Dotson Rader

'Lenya: The Legend' A Pictorial Autobiography Edited by David Farneth

'A Glossary of Literary Terms' by M. H. Abrams

'It Ain't No Sin to Be Glad You're Alive: The Promise of Bruce Springteen' biography by Eric Alterman

'Prince of Europe: The Life Of Charles-Joseph De Ligne' biography by Philip Mansel

'The Dirty Dust' a novel by Mairtin O Cadhain

'Fanny Stevenson: A Romance of Destiny' biography by Alexandra Lapierre 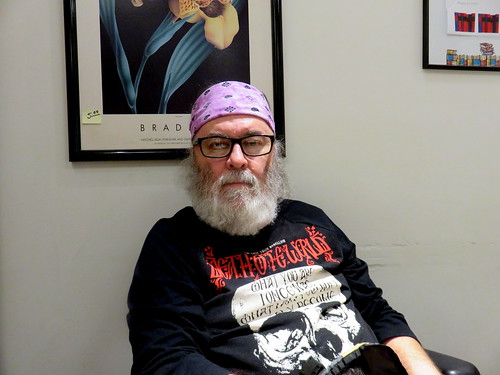