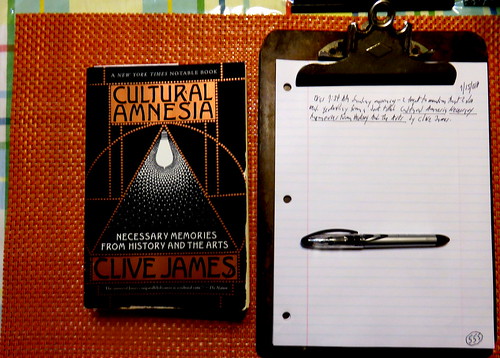 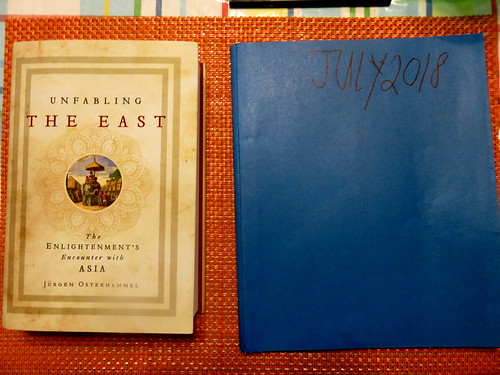 'A Sunlit Absence: Silence, Awareness, and Contemplation' by Martin Laird

'Into The Silent Land: A Guide to the Christian Practice of Contemplation' by Martin Laird

'John' Interpreted by Early Christian and Medieval Commentators' [The Church's Bible] Bryan A. Stewart & Michael A. Thomas translators and editors

'Smiling through the Apocalypse: Esquire's History of the Sixties' Edited by Harold Hayes

'Unfabling The East: The Enlightenment's Encounter with Asia' by Jurgen Osterhammel Translated by Robert Savage

'The Transformation Of The World: A Global History Of The Nineteenth Century' by Jurgen Osterhammel Translated by Patrick Camiller

'The Assassin's Cloak: An Anthology Of The World's Great Diarists' Edited by Irene and Alan Taylor

'Orthodox Spirituality: A Practical Guide For The Faithful And A Definitive Manual For The Scholar' by Dumitru Staniloae Translated from the original Romanian by Archimandrite Jerome (Newville) and Otilia Kloos

Michiko Katutani: By the Book

What book do you most like giving as a gift?

No one single book, but these are some of the books I’ve given multiple copies of to friends over the years: “Dispatches,” by Michael Herr; “Sleepless Nights,” by Elizabeth Hardwick; “The Shock of the New,” by Robert Hughes; “Out of Egypt,” by Andre Aciman; “A Brief History of Seven Killings,” by Marlon James; “The Emperor’s Last Island,” by Julia Blackburn; “White Noise,” by Don DeLillo; “City of Nets: A Portrait of Hollywood in the 1940s,” by Otto Friedrich; “Smiling Through the Apocalypse: Esquire’s History of the Sixties,” edited by Harold Hayes.

It is in the death flow 12:02 PM Sunday afternoon here in west Michigan. It is another hot dry day. The earth is turning brown due to lack of rain here where we live. How about where you live? Has it rained lately by you?

Carol just left the house to go visit her elderly friend Pam. I have been today writing in my paper diary, messing with our main computer, I made a video for my Booktube channel this morning, and have been mainly reading from a small book titled, 'A Sunlit Absence: Silence, Awareness, and Contemplation' by Martin Laird.

I plan to read my books this afternoon and enjoy the peace and quiet. Last night Carol and I watched taped television shows and went to bed early. During the night Beth texted Carol and told her they had arrived home safely.

I mentioned in my Booktube video that this morning Carol picked up a book I had ordered titled, 'Unfabling The East: The Enlightenment's Encounter with Asia' by Jurgen Osterhammel Translated by Robert Savage.

Yesterday when not lost in thought I read from these books-

'Cultural Amnesia: Necessary Memories From History And The Arts' by Clive James