It is 9:15 AM Sunday morning in the death flow. It is a cold snowy winter day here in West Michigan. A good day to have a brutal gang fight on the front lawn of the White House.

I got up around 6 o'clock AM this morning. I got up and made myself a bowl of oatmeal for breakfast. I ate my oatmeal messing with our main computer. After messing with our main computer I wrote in my paper diary and then read for morning worship William Perkins exposition of Chapter 11 of The Epistle to the Hebrews verse 7 "By faith Noah, being warned of God of things not seen as yet, moved with fear, prepared an ark to the saving of the house; by which he condemned the world, and became heir of the righteousness which is by faith."

I called Carol around 8 o'clock AM, but she did not answer. She called back soon after I left a message on her cell phone to call me back if she was still in the land of living. She said she is going to play it by ear today. It is suppose to stop snowing this afternoon and she might come home with Josie Joy or might not.

After I talked to Carol I wrote some more in my paper diary and read some more of William Perkins on Hebrews 11 verse 7. After reading Perkins I decided to go outside and fed our birds. Now I am writing some words in my online diaries.

Last night I messed with our main computer, read William Perkins and went to bed early. Now it is another day to scream into the Void.

Well I suppose I will close to wait it out. I am debating if I want to go downtown to get a Sunday New York Times newspaper. Right now I feel extremely anxious and sleepy. I will close to feel freaked. 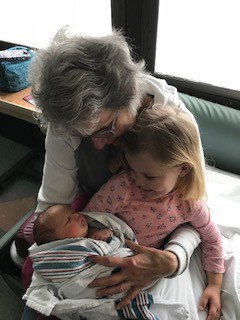 'Gods Without Men' a novel by Hari Kunzru

'The Impressionist' a novel by Hari Kunzru

'The Art Of Wandering: The Writer As Walker' by Merlin Coverley

"[1] This second epistle, beloved, I now write unto you; in both which I stir up your pure minds by way of remembrance:
[2] That ye may be mindful of the words which were spoken before by the holy prophets, and of the commandment of us the apostles of the Lord and Saviour:
[3] Knowing this first, that there shall come in the last days scoffers, walking after their own lusts,
[4] And saying, Where is the promise of his coming? for since the fathers fell asleep, all things continue as they were from the beginning of the creation.
[5] For this they willingly are ignorant of, that by the word of God the heavens were of old, and the earth standing out of the water and in the water:
[6] Whereby the world that then was, being overflowed with water, perished:
[7] But the heavens and the earth, which are now, by the same word are kept in store, reserved unto fire against the day of judgment and perdition of ungodly men.
[8] But, beloved, be not ignorant of this one thing, that one day is with the Lord as a thousand years, and a thousand years as one day.
[9] The Lord is not slack concerning his promise, as some men count slackness; but is longsuffering to us-ward, not willing that any should perish, but that all should come to repentance." Second Peter 3:1-9
Collapse