Your heart is like a fortress
You keep your feelings locked away
Is it easier?
Does it make you feel safe?

I don't want to fail you so
I tell you the awful truth
Everyone faces darkness on their own
As I have done, so will you 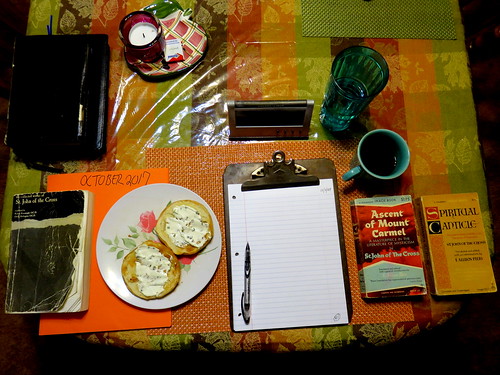 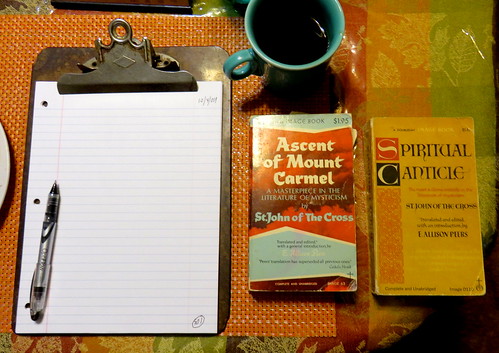 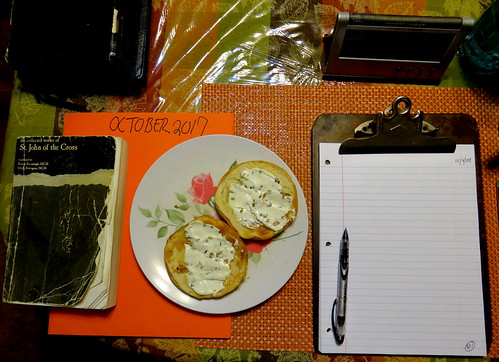 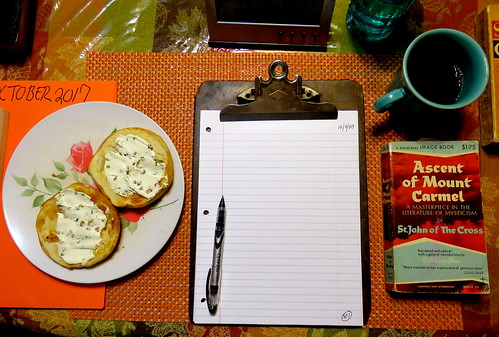 It is 12:06 PM Wednesday afternoon. Here in West Michigan it is gray wet day.

I got up this morning around 7:30 AM. I got up made a pot of coffee and then had a bowl of cereal for breakfast. I ate my bowl of cereal messing with our main computer. Carol came home from work as I was getting off the computer. She worked from 2 AM till 8 AM today. She goes back to work tonight and is off Thursday and Friday. Next Tuesday morning she flies out GR for Seattle Washington. Our son Josiah and his wife Hannah are having a baby next week there in Washington where they live. Carol will be gone two weeks. Hannah's family all live in Washington, near where Josiah and Hannah live. So I will be here holding down the fort for two weeks.

Carol went to bed around 9 o'clock AM and I have been reading 'The Ascent of Mount Carmel' by St. John of the Cross.

Last night I watched television with Carol and went to bed around 11:45 PM. Now it is another day in my life. I plan to keep reading Mystical Theology today. I will close to face the next blood bath.

"[1] This know also, that in the last days perilous times shall come.
[2] For men shall be lovers of their own selves, covetous, boasters, proud, blasphemers, disobedient to parents, unthankful, unholy,
[3] Without natural affection, trucebreakers, false accusers, incontinent, fierce, despisers of those that are good,
[4] Traitors, heady, highminded, lovers of pleasures more than lovers of God;
[5] Having a form of godliness, but denying the power thereof: from such turn away.
[6] For of this sort are they which creep into houses, and lead captive silly women laden with sins, led away with divers lusts,
[7] Ever learning, and never able to come to the knowledge of the truth." 2 Timothy 3:1-7

"3. Although in this condition the will freely receives this general and confused knowledge of God, it is needful, in order that it may receive this Divine light more simply and abundantly, only that it should not try to interpose other lights which are more palpable, whether forms or ideas or figures having to do with any kind of meditation; for none of these things is similar to that pure and serene light. So that if at this time the will desires to understand and consider particular things, however spiritual they be, this would obstruct the pure and simple general light of the spirit, by setting those clouds in the way; even as a man might set something before his eyes which impeded his vision and kept from him both the light and the sight of things in front of him.

4. Hence it clearly follows that, when the soul has completely purified and voided itself of all forms and images that can be apprehended, it will remain in this pure and simple light, being transformed therein into a state of perfection. For, though this light never fails in the soul, it is not infused into it because of the creature forms and veils wherewith the soul is veiled and embarrassed; but, if these impediments and these veils were wholly removed (as will be said hereafter), the soul would then find itself in a condition of pure detachment and poverty of spirit, and, being simple and pure, would be transformed into simple and pure Wisdom, which is the Son of God. For the enamoured soul finds that that which is natural has failed it, and it is then imbued with that which is Divine, both naturally and supernaturally, so that there may be no vacuum in its nature.

5. When the spiritual person cannot meditate, let him learn to be still in God, fixing his loving attention upon Him, in the calm of his understanding, although he may think himself to be doing nothing. For thus, little by little and very quickly, Divine calm and peace will be infused into his soul, together with a wondrous and sublime knowledge of God, enfolded in Divine love. And let him not meddle with forms, meditations and imaginings, or with any kind of reasoning, lest his soul be disturbed, and brought out of its contentment and peace, which can only result in its experiencing distaste and repugnance. And if, as we have said, such a person has scruples that he is doing nothing, let him note that he is doing no small thing by pacifying the soul and bringing it into calm and peace, unaccompanied by any act or desire, for it is this that Our Lord asks of us, through David, saying: Vacate, et videte quoniam ego sum Deus.[2] As though he had said: Learn to be empty of all things (that is to say, inwardly and outwardly) and you will see that I am God." 'Ascent of Mount Carmel' Bk. II chapter 15 St. John of the Cross 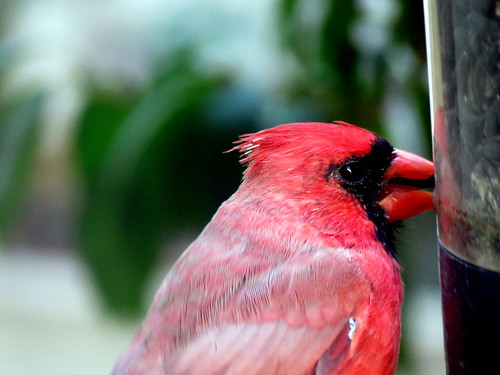 'Bug Music: How Insects Gave Us Rhythm And Noise' by David Rothenberg

'Ascent of Mount Carmel' by St. John of the Cross

'John Of The Cross: Doctor of Light and Love' biography by Kieran Kavanaugh

'Haussmann Or The Distinction' a novel by Paul La Farge