It is 2:15 PM Saturday afternoon in the death flow. It is a cold snowy cloudy day here in West Michigan. It is hard to believe we are almost at the end of Winter for another year. I long for Spring and seeing flowers and trees turning green once again.

I got up this morning around 7:15 AM. When I got up I found my wife reading her Bible in the living room. I made oatmeal for us for breakfast. I ate my oatmeal at the dining room table reading St. John of the Cross. I had last night an intense spiritual dream wherein I was repeating over and over a stanza in the poem "The Spiritual Canticle" "I went out calling You, and You were gone".

I read for devotions this morning from these two books-

"The Collected Works of St. John of the Cross" translated by Kieran Kavanaugh & Otilio Rodriguez

"Light On The Mountain: Greek Patristic and Byzantine Homilies on the Transfiguration of the Lord" Translated By Brian E. Daley, S.J.

I volunteered at the Herrick District Public Library used books store today The Book Nook from 10 o'clock AM till 1 o'clock PM. The book nook today was super quiet so I read and wandered the store till my replacement came.

While at the Book Nook I read when not wandering the store from a book titled, "John Maynard Keynes 1883-1946: Economist, Philosopher, Statesman" by Robert Skidelsky.

Last night I watched taped television shows with my wife and read "Frog" a novel by Stephen Dixon. Yesterday in the mail I received two books I had ordered from Amazon-

Well here I sit feeling wasted. I will close to drift into darkness. There is no way out. Trapped. 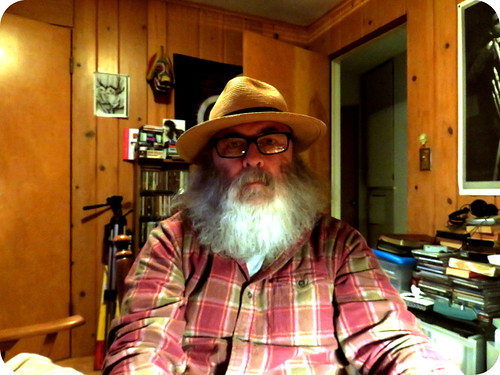 "Frog" a novel by Stephen Dixon

"Robert Lowell Setting The River On Fire: A Study Of Genius, Mania, And Character" by Kay Redfield Jamison

"Whitman" Poetry Selected, with an introduction and notes, by Lesle A. Fiedler

"The Crying Of Lot 49" a novel by Thomas Pynchon

"The Life of Samuel Johnson" by James Boswell Abridged, with an Introduction by Bergan Evans [Modern Library College Edition]

"The Light of Evening" a novel by Edna O'Brien

"The Bull From The Sea" a novel by Mary Renault

"Catch As Catch Can: The Collected Stories And Other Writings" by Joseph Heller Edited By Matthew J. Bruccoli & Park Bucker

"The Planets" history of science by Dava Sobel