"That Old Cape Magic" a novel by Richard Russo

"The Straight Man" a novel by Richard Russo

"Elsewhere" a memoir by Richard Russo

"The Whore's Child and Other Stories" by Richard Russo

"Mohawk" a novel by Richard Russo

"The Risk Pool" a novel by Richard Russo

"Bridge Of Sighs" a novel by Richard Russo

It is in the Death Flow 8:47 AM Sunday morning here in West Michigan. The sun is shining this morning, even though it is cold.

I am feeling old and bloated this morning. I feel like a beached whale waiting to be eaten by seagulls.

I got up this morning around 6:18 AM. I got up wondering if I wanted to get dressed and go downtown at the Windmill for breakfast. I decided not to leave my cell this morning. There is food here inside my cell for me to eat. So I made a pot of coffee and ate a bowl of cereal. I messed with our main computer and I then wrote in my paper diary. So has gone by existence. We are coming to the of February 2017.

Well there is not much else to report this morning. I made a video last night for my BookTube channel and read "Hunter: The Strange And Savage Life Of Hunter S. Thompson" by E. Jean Carroll.

I will close to feel out of it. Maybe I will take a chill pill and just sit in the living room waiting for the Angel of Death to fly by.

Can you picture what will be, so limitless and free
Desperately in need, of some, stranger's hand
In a, desperate land

The killer awoke before dawn, he put his boots on
He took a face from the ancient gallery
And he walked on down the hall

He went into the room where his sister lived, and, then he
Paid a visit to his brother, and then he
He walked on down the hall, and
And he came to a door, and he looked inside
Father, yes son, I want to kill you
Mother, I want to, fuck you 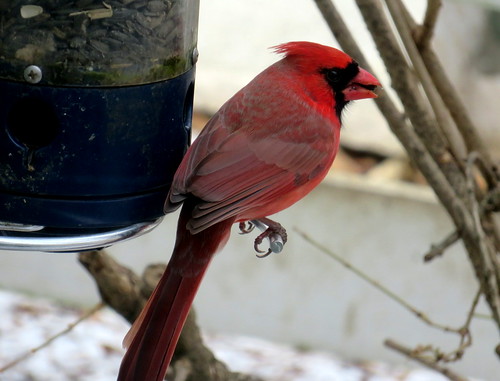 I want to quote something I read the other day in a book I have been reading off and on for awhile titled, "The Christian's Only Comfort In Life And Death: An Exposition of the Heidelberg Catechism" Volume 1 by Theodorus VanderGroe Saving Faith (1)-Lord's Day 7.

"Here, however the instructor is addressing only this certain knowledge that belongs to the essence of true faith, and he does so exclusively without speaking of the carnal darkness and doubt that are also to be found in the believer. How would he be able to speak of this when his sole intention is to formulate for us the true nature and disposition of true faith, and not the nature and disposition of doubt? Doubt is something entirely different from faith. Doubt is always the exact opposite of faith, and it is always an enemy and persecutor of faith. How could the instructor presently address this when he only desires to address what true faith is?

The fact that this is not observed and understood is the actual cause of so many misconceptions regarding the Catechism's description of faith, and of the thousands of erroneous views regarding it that ruminate in the minds of men. All of this will be resolved at once when, by the Lord's own illumination, we understand this matter correctly, namely, that the instructor is describing for us only what the essence of true faith is, and that faith is the exact opposite of darkness, uncertainty, and doubt. All of these are frequently found in the heart of a poor believer, so that he is frequently and very grievously assaulted and plagued by them, and will be greatly opposed by them during his entire lifetime. According to God's adorable and sovereign good pleasure, the one will experience this more than another and will not be delivered from it, except by the strengthening and increasing fortitude of his faith-a faith that by the grace of the Holy Spirit is securely lodged in the inner core of his heart.

Beloved, we deemed it necessary to clarify this for you as much as is possible, for we regretfully live in a time when our Reformed people generally suffer from very poor vision, and therefore cannot see from afar. We must therefore bring these divine truths, so to speak, directly before their eyes, and then, as with a finger, point them out to them. All who in some small measure ought to be able to see correctly may yet prove to be worse off than those who exclaim, "We grope for the wall like the blind, and we grope as if we had no eyes: we stumble at noonday as in the night" (Isa. 59:10).

Having considered that a certain and assured knowledge of God, of Christ, and of the truth of the holy gospel belongs to the essence of true faith, let us now proceed to hear what the nature of this knowledge is, and how the heart of a true believer, by the power of the Holy Spirit, must be exercised with it unto salvation. The instructor states that "true faith is. . .a certain knowledge, whereby I hold for truth all that God has revealed to us in His word." This is not to be understood as if faith consists in a general and extensive knowledge of all that is recorded in the Bible-as if one would have to be intellectually capable of comprehending all of Scripture with utmost clarity and certainty, and in that manner hold it all for truth.

This is certainty is not the meaning! It is much simpler and easier than that. At bottom, it means nothing other than that true faith necessarily requires such knowledge of God as He, by the gospel, has revealed Himself in Christ His Son. This causes us to believe with certainty in our hearts that all of this together, whether known or unknown, is completely true-that is, all that the Lord, by the inspiration of His Spirit and through the service of holy men, has been pleased to reveal unto us. Thus, everything written in the entire Word of God is completely and eternally true, and therefore worthy of all acceptation (I Tim. 1:15). In short, the knowledge of faith in its essence is as Paul expresses it to the Thessalonians: "For this cause also thank we God without ceasing, because when ye received the word of God which ye heard of us, ye received it not as the word of men, but as it is in truth, the word of God, which effectually worketh also in you that believe" (I Thess.2:13).

When, by the grace of God, a man has been so illuminated and changed, and with all reverence, love, and esteem truly receives and embraces that same Word as God's Word, he no longer considers and views the full extent of the preached and the entire written Word as a mere human word and testimony-which he essentially always does as long as he continues to be unconverted and unbelieving at heart. In his innermost heart, such a man truly esteems the Word of God for what it is, and then he truly believes all that is revealed and written in that Word of God and that it is comprehensively and completely true, it is then that he has received the certain knowledge of God of which the instructor speaks here, which is one of the essential components of faith.

What, then, is this certain knowledge of faith? Beloved, it is nothing other than a pure heavenly light regarding the knowledge of God in Christ, which is ignited or created in the darkness of man's dead heart by the Holy Spirit through the gospel and its proclamation. The apostle teaches this when he writes, "For God, who commanded the light to shine out of darkness, hath shined in our hearts, to give the light of the knowledge of the glory of God in the face of Jesus Christ" (2 Cor. 4:6).

It is by that divine and spiritual light, shining in his dark heart, that the poor sinner who believes acquires for himself a clear knowledge of God the Lord that he had never perceived in the past, so that he never truly loved or feared Him. Viewing the Lord thus in His majestic glory, such a poor sinner also becomes acquainted with Him as being true and omnipotent, He is true as the one who cannot possibly either lie or be deceitful in all that He has revealed so extensively to us men in His Holy Word. He is almighty as the one who certainly can and will do what He has promised and threatened in His Word.

Such a soul then begins to tremble earnestly before God's Word, as the Lord says, "But to this man will I look, even to him that is poor and of a contrite spirit, and trembleth at my word" (Isa. 66:2). By the power of the Holy Spirit, he now has a certain knowledge, a deep impression, and an inner conviction in his heart that he can never fully lose again, no matter how wretched he again may become. He is convicted that Holy Scripture is God's own and true Word, by which He speaks to man with a variety of suitable means. Furthermore, he is convicted that the entire truth of the gospel that unveils the way of deliverance for sinners and eternal salvation proceeds entirely from God, and that the true and almighty God is the sole author of it. This causes him to embrace the entire truth of God with the highest love and esteem, and he makes a believing use of this for himself by the powerful operation of the Holy Spirit.

This is that divine and spiritual knowledge of faith of which the Holy Scripture speaks so frequently, and of which we read in Isaiah 53:11: "By his knowledge shall my righteous servant justify many." Whoever receives this certain and assured knowledge of God and His holy truth, by His Spirit, in the heart, is also the recipient of eternal life, for "this is life eternal, that they might know thee the only true God, and Jesus Christ, whom thou has sent" (John 17:3.
Collapse