It is 7:06 AM Sunday morning in the flow of life. Outside I can stars in the morning sky. It looks like it is going to be another sunny day. Lately the days have felt like Spring. I have this feeling another harsh Winter season is behind us even though Spring does not come officially till next month.

I got up this morning around 6:35 AM. This morning our oldest son Caleb and his family are coming over from GR to take me with them to a restaurant they read about for breakfast. From what I gather Caleb and Emily are into eating out at different restaurants. It will be good to see Caleb, Emily, and little Josie Joy.

Last night I read and messed with our main computer and went to bed early.

I suppose I could mention Carol's church Elder called last night to arrange their yearly House Visitation. I answered the phone to her Ruling Elder she was gone till the first week of March 2017. The Elder and I got to talking because he did not know anything about me or knew we had children who were married and having children. The Elder knew absolutely nothing about us especially that I had gone to Bible College and Seminary. I can only assume he thought since I did not go to church I was not a Christian. The Elder did not know I had been a lover of the Lord Jesus Christ going on 47 years. It was weird talking to this Elder since you would assume being Carol's spiritual shepherd he would know something about his sheep under his pastoral oversight. I can only assume that Carol is a complete stranger to her Elder. I told him the next time he comes over to exercise spiritual oversight to come down in the lower level and meet me. Carol's church has not reached out to me since I stop attending eleven years ago. Maybe Covenant PCA thought I had died and gone to Heaven.

There is not much else to report new this morning. I suppose I will close to wait.

What I read last night was a book titled, "The Last Innocent White Man in America and other writings" by John Leonard. I do not know what I will read today. I am still feeling at a loss.

"Obey those who rule over you, and be submissive, for they watch out for your souls, as those who must give account. Let them do so with joy and not with grief, for that would be unprofitable for you" Hebrews 13:17

It is 4:21 PM Sunday late afternoon here by Lake Michigan. The sun is still shining and time goes by peacefully. I can hear our dog Rudy snoring as I write these words.

I have had a normal day in the fallen world today. This morning our son Caleb and his family picked me up to go out for breakfast. I had a nice time with them this morning. They dropped me off at home around 12 o'clock PM Noon. I wrote in my paper diary when I got home and then read till I started falling asleep. I dozed till 2:50 PM and then wrote once again in my paper diary. I have been reading today from these two books-

Carol called around 3:30 PM and we talked for awhile. Everything is going OK down in Phoenix. So has gone by Time today. I have no plans for the evening hours. Tomorrow is a national holy day so there will be no mail service.

I suppose I will close to drift into the evening hours. 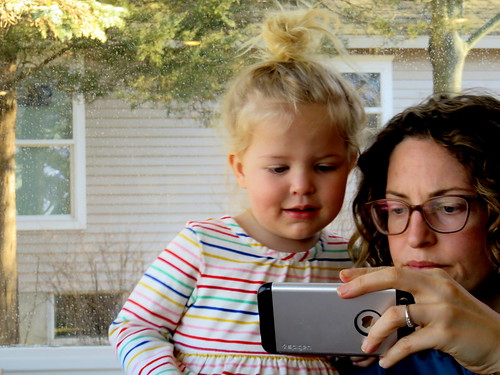 "Blake" a biography by Peter Ackroyd

"Timbuktu" a novel by Paul Auster

"Florence and the Renaissance" by Alain J. Lemitre & Erich Lessing

"The Stone Of Florence" By Mary McCarthy