It is in the death flow 10:41 AM Tuesday morning. Outside it is cold and there is a layer of snow and ice on the ground.

I got up this morning around 5:55 AM. I made myself a bowl of oatmeal for breakfast. I left for my doctor's appointment for my yearly physical around 6:30 AM. It was raining snow but not blinding snow. I drove to my doctor's appointment on a dark snow covered freeway feeling very freaked, but I made it! I parked at a near by MacDonald's to gather my wits before driving to the doctor's office near by. I drove over to the doctor's office and sat in the car till 7:13 AM and then I decided to go inside the office building and wait for my appointment which was to be at 7:45 AM. While I waiting and read from the book, "Deep South: Four Seasons On Back Roads" a travel memoir by Paul Theroux.

My appointment came and I had my physical. My doctor checked me over and everything was in working order. I was out of the doctor's office by 8:30 AM and on my way home. I got home around 8:57 AM and found Carol home from work.

Carol went to bed around 10 o'clock AM. I wrote in my paper diary, cleaned the kitchen and then fed the birds. So has gone by my morning thus far. I have no plans for the day ahead of me. I will read my books and watch the birds.

I will close. Last night I mainly read the novel, "John Saturnall's Feast" by Lawrence Norfolk and went to bed early.

1 A refuge for sinners the gospel makes known;
’Tis found in the merits of Jesus alone;
The weary, the tempted, and burdened by sin,
Were never exempted from entering therein.

2 This refuge for sinners his love did ordain,
In Jesus the Lamb, from eternity slain;
And if God the Spirit reveal this to you,
Take refuge in Jesus, though hell should pursue.

3 The soul that shall enter in safety shall dwell;
There’s no peradventure of sinking to hell;
The oath of Jehovah secures him from fear,
Nor shall the avenger of blood enter there.

4 Here’s refuge for sinners, whose guilt shall appear
As black as the confines of endless despair;
Who, stripped of all merit whereon to rely,
Are taught by the Spirit to Jesus to fly.

5 Should conscience accuse us, as oft-times it may,
Here’s blood that can take its defilement away.
In Jesus the Saviour, the sinner shall view
A city of refuge and righteousness too. 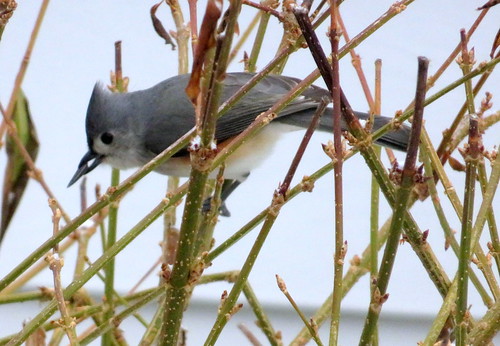 Tonight I made a video for my BookTube channel and mentioned these books. Some of these books I found at local thrift stores and the other books I plan to read during the month of February 2017.

I received first in the mail a new book titled, "The Last Adam: A Theology Of The Obedient Life Of Jesus In The Gospels" by Brandon D. Crowe

I plan to read during the month of February these books-

"A Really Good Day: How Microdosing Made a Mega Difference in My Mood, My Marriage, and My Life" memoir by Ayelet Waldman

"American Philosophy: A Love Story" a memoir by John Kaag

"Deep South: Four Season On Back Roads" a travel memoir by Paul Theroux

"Life At The Bottom: The Worldview That Makes The Underclass" essays by Theodore Dalraymple

"John Aubrey, My Own Life" biography by Ruth Scurr

"Shakespeare And Company: A History of the Rag & Bone Shop of the Heart" Edited by Krista Halverson

"Hiding Man: A Biography Of Donald Barthelme" by Tracy Daugherty

"Moby-Dick" a novel by Herman Melville

"Bulfinch's Greek And Roman Mythology: The Age Of Fable"

"City of Djinns: A Year In Delhi" a travel memoir by William Dalrymple (I have three other books by Dalrymple in our library-"In Xandau: A Quest", "The Last Mughal: The Fall Of A Dynasty: Delhi, 1857", and "White Mughals" Love and betrayal in eighteenth-century India.)

"The Moon Is A Harsh Mistress" Science Fiction by Robert A. Heinlein