It is 9:24 AM Tuesday morning in the death flow. Outside this morning the sun is shining and the wind is howling. We have had 40 mile hour winds today. All night tree branches smashed against our house and scared me. I do not fall asleep till sometime around Midnight last night.

Right now the builders are here tearing out our old kitchen. Carol has come home from work and gone to bed for the day.

I was up this morning around 7 o'clock AM. I got up to face the day with saving grace beating in my heart. I ate two plastic waffles for breakfast. I washed down the waffles with old coffee made last night.

I messed with our main computer and then I wrote in my paper diary. The builders showed up around 8:15 AM this morning to start remodeling our kitchen.

I made a fresh pot of coffee and have been reading for morning devotions the book, "The Day The Revolution Began: Reconsidering the Meaning of Jesus's Crucifixion" by N.T. Wright.

So the morning flows by.

Last night I made a BookTube video and read some more of the novel, "The Castaway Lounge" by Jon Boilard. I read also yesterday the book, "The Village: A History Of Greenwich Village" 400 Years Of Beats And Bohemians, Radicals And Rogues by John Strausbaugh.

Well I will close to face the wreckage.

The Election Is Not Rigged

The worst presidential election in modern American history is careening toward an outcome that, with each passing hour, seems more and more inevitable. But not because it is rigged.

But this does not mean that the election is rigged. To the contrary, our election laws anticipate human error and cheating, and guard against them at multiple levels. The result is a system of voting that is one of the cleanest and best in the world — in which all citizens should have faith and confidence.

To begin, American elections are held in public places — in open rooms such as cafeterias, gymnasiums, community centers and other event spaces — and in plain view of all assembled. There are no back rooms, secret doors or hidden hallways. Ballots, voting machines and other election materials and equipment come into the polling place under locks and seals, remain in the room throughout the day, and are not removed until the election is over, when they are again locked and sealed against tampering.

Second, private citizens — not government bureaucrats — serve as the “clerks,” “inspectors,” “officers” or other election officials who run our polling places and conduct the voting. They check voters in, confirm their IDs in states where IDs are required, and keep detailed records about the election.

Importantly, most state laws permit local political parties to appoint or nominate these officials, and require a roughly even partisan balance between them.

These party pollwatchers can challenge the conduct of the election by pointing out errors and irregularities to the election officials and asking to have them corrected. (For this reason, political parties can (and should, and most often do) train their watchers so they understand how the election is supposed to be conducted.) And if election officers refuse to correct errors, party lawyers are standing by to intercede with state election administrators and courts if necessary.

Next, our elections are conducted on equipment that has been tested, in a public proceeding, that is observed by party and candidate representatives. Following testing, voting equipment is locked and tamper-sealed, and then keys to the voting equipment are locked and sealed separately.

On top of that, voting machines are equipped with multiple interconnected counters that make it impossible to add or remove votes secretly. The counter counts are recorded each time the machine doors are opened, and candidate and party representatives get to observe and cross-check those counters — at testing, before polls open and after they close.

When voting is complete, election officials count votes and tally results. Candidate and party representatives observe this process, too. Following the election, there is a public canvass at which the election night results are redetermined, to make sure that we got it right.

This canvass is a public proceeding that is conducted by the same ordinary citizens who ran the election, drawn again from the lists of appointments or nominations provided by local political party officials. And just as on Election Day, these representatives can observe the work of the canvass officials and object to errors and improper procedures.

Throughout this entire process, the election officials keep detailed records — who voted, when (early, absentee or Election Day), where (by mail or in person), and how (on paper, by optical scan ballot, or on a touchscreen), and how many people voted overall. After the election, these records are open to public inspection. Anyone who knows what they’re doing can reconstruct the entire election and reveal any errors and irregularities that — despite all of these safeguards, checks and double-checks — slipped through the process.

On this point, there is human error in every election — a lot of it, actually. But our election laws anticipate it and are designed to catch and fix it. There is attempted cheating too — and some very small fraction of it probably succeeds.[FN1] That’s why laws permit party and candidate pollwatchers to observe every aspect of the election process — from ballot preparation and packaging, to equipment testing, to early and absentee voting, to Election Day voting, to counting and canvassing.

So the election is not rigged. In fact, it’s anti-rigged. To rig an election, you would need (1) technological capabilities that exist only in Mission Impossible movies, plus (2) the cooperation of the Republicans and Democrats who are serving as the polling place’s election officials, plus (3) the blind eyes of the partisan pollwatchers who are standing over their shoulders, plus (4) the cooperation of another set of Republicans and Democrats — the officials at the post-elections canvass, plus (5) the blind eyes of the canvass watchers, too. Then you’d still have to jedi-mind trick lawyers, political operatives and state election administrators, all of whom scrub precinct-level returns for aberrant election results, and scrutinize any polling place result that is not in line with what they would have expected, based on current political dynamics and historical election results.

For all of these reasons, when Donald Trump implies that his or her followers need to take the law into their own hands on Election Day, he is horribly manipulating them — inciting them to disrupt the election, and setting them up to break laws and be arrested. Which may be exactly what he wants.

This doesn’t mean we shouldn’t watch the election. We absolutely should. The system depends on it. But pollwatching means signing up, getting trained, understanding the election process and conducting yourself appropriately on Election Day. It doesn’t mean standing menacingly in and around a polling place. That’s not poll watching, that’s voter intimidation.

So as Donald Trump claims that the election is rigged, Republican leaders and lawyers — including Donald Trump’s own lawyers — should speak out against this fantastical nonsense. Public faith and confidence in our voting system and in the integrity of our elections is foundati0nal to the legitimacy of our government. When a presidential candidate — cravenly, disingenuously, in this case — undermines that, he also undermines legitimate efforts to recruit and train election officials and pollwatchers to ensure that this election is free, open, fair and honest.

[FN1] On this point, it is important to distinguish between cheating, which is an individual or group effort, and a rigged election, which is systemic. To claim that an election is rigged is to allege that the outcome of the election has been predetermined. That is a very different claim from alleging that cheating takes place. I believe that people probably attempt to cheat in virtually every election, and the law believes it, too. That is why the law provides for partisan pollwatchers, to deter it and to catch it. Just because some people may be — and, in my view, undoubtedly are — attempting to cheat, does not mean that our voting system is rigged. It is not. To the contrary, it is designed to prevent it. 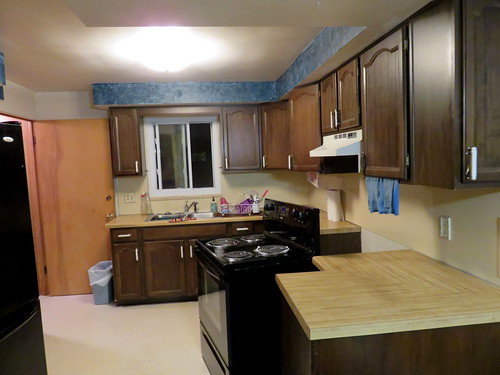 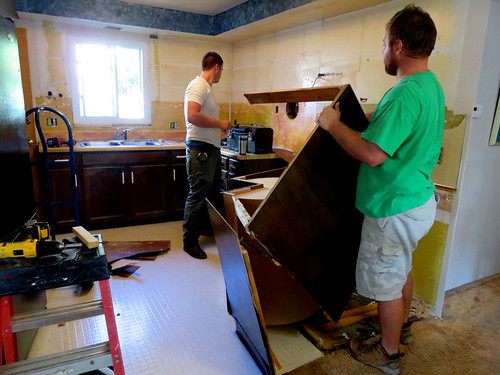 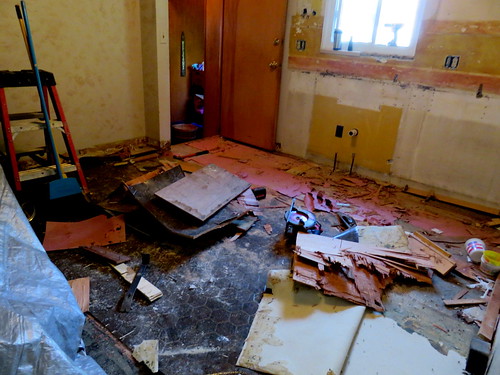 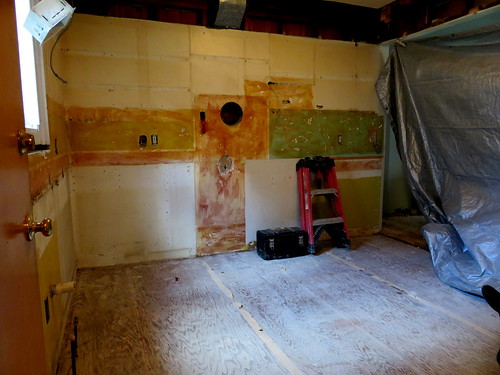 It is in the divine flow of existence 8:23 PM Tuesday evening here in West Michigan United States of America/the American Empire/The Last Days.

Carol got up around 5:35 PM, she hardly slept due to contractors pounding away in our old kitchen. She is going to try find another place to sleep tomorrow. Carol has an old friend who lives down the street from us and she will see if she can sleep there tomorrow.

I spent the day doing the usual activities like reading books and doing stuff around the homestead. I received in the mail this afternoon a new book I had pre-ordered titled, "Biblical Authority After Babel: Retrieving the Solas in the Spirit of Mere Protestant Christianity" by Kevin J. VanHoozer. I basically have been reading, "Biblical Authority After Babel" since getting it in the mail. What else is there to do as America goes to the dogs besides read Systematic Theology.

There is nothing to do tonight but wait to go to bed. I am tired. Tomorrow is a Wednesday. Tomorrow bright and early the contractors will be here to work on remodeling the kitchen. I suppose I will close. I got out these books from my library to look at tonight- 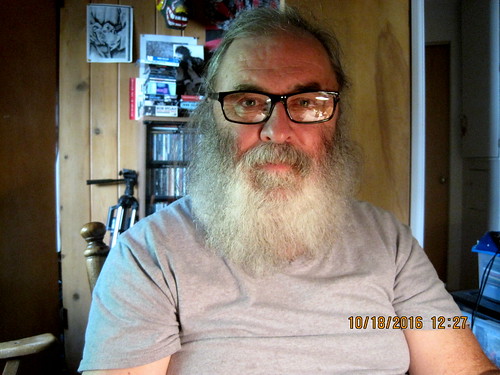