It is 9:47 AM Tuesday morning here by the Great Lakes. Outside this morning it is gray and cold. Carol said this morning as she walked into the house after work "I have forgotten what the sun looks like". We are in that time of year where one rarely sees the sun. We have entered a long season of darkness. There will be no light till we meaning the Elect are in the Land of Eternal Sunshine. The non-elect will only experience eternal darkness. In Hell there is no sunshine.

I got up this morning around 6:15 AM. I slept straight through the night, which is very rare for me. I woke up from a dream where I was lost in a vast ship like a aircraft carrier. I got up and made a pot of coffee and ate a bowl of corn chex's. I ate my cereal messing with our main computer. After messing with our main computer I wrote in my paper diary. I next read for morning worship from a book titled, "Hermeneutics as Apprenticeship: How the Bible Shapes Our Interpretative Habits and Practices" by David I. Starling. Carol got home from work around 8:35 AM and has gone to bed. Carol commented to me she has never seen so many people come into the hospital who have tried to kill themselves/suicides. I said to myself "If I was not a Christian I would kill myself, because this world/America is absolutely crazy!" America has gone the way of satan/under the powers of darkness. To me proof of this fact is that people are going to celebrate the satanic rule this coming Halloween/satan's holy day.

I have no plans for the day a head of me. I will drift through the day. I have to go to the credit union this morning and maybe I will go visit thrift stores in search of used books to add to our used books store.

Last night I read my books and messed with our main computer. Well I will close to face the cold dead world/American Empire. There is no way of escape.

"[8] And I looked, and behold a pale horse: and his name that sat on him was Death, and Hell followed with him. And power was given unto them over the fourth part of the earth, to kill with sword, and with hunger, and with death, and with the beasts of the earth.
[9] And when he had opened the fifth seal, I saw under the altar the souls of them that were slain for the word of God, and for the testimony which they held:
[10] And they cried with a loud voice, saying, How long, O Lord, holy and true, dost thou not judge and avenge our blood on them that dwell on the earth?
[11] And white robes were given unto every one of them; and it was said unto them, that they should rest yet for a little season, until their fellowservants also and their brethren, that should be killed as they were, should be fulfilled.
[12] And I beheld when he had opened the sixth seal, and, lo, there was a great earthquake; and the sun became black as sackcloth of hair, and the moon became as blood;
[13] And the stars of heaven fell unto the earth, even as a fig tree casteth her untimely figs, when she is shaken of a mighty wind.
[14] And the heaven departed as a scroll when it is rolled together; and every mountain and island were moved out of their places.
[15] And the kings of the earth, and the great men, and the rich men, and the chief captains, and the mighty men, and every bondman, and every free man, hid themselves in the dens and in the rocks of the mountains;
[16] And said to the mountains and rocks, Fall on us, and hide us from the face of him that sitteth on the throne, and from the wrath of the Lamb:
[17] For the great day of his wrath is come; and who shall be able to stand?" Rev. 6:8-17 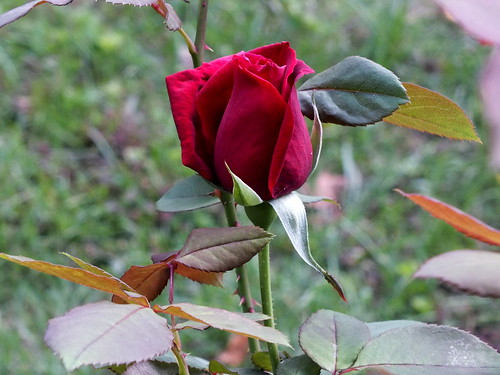 It is Now 1:13 PM Tuesday afternoon. The sun made a decision to come out this afternoon to warn us of the coming Day of Wrath.

I did leave the house this morning to go the credit union and then to visit thrift stores to search for used books to ADD to our library. I found these used books today-

"From Sphinx To Christ: An Occult History" by Edouard Schure
https://en.wikipedia.org/wiki/%C3%89douard_Schur%C3%A9

"The Vicar of Sorrows" a novel by A. N. Wilson

"Louisa May Alcott: The Woman Behind Little Women" a biography by Harriet Reisen

I did stop at a Burger King and treat myself to lunch. What I spent at Burger King for lunch today I could have bought 14 used books. It is expensive eating out! I could have come home and had lunch but I felt weak so I stopped and had something to eat. I did not want to suffer hunger pains. I am always trying to avoid discomfort of any kind since I am a weak broken old man.

I just received in the mail a book I had ordered from Amazon titled, "Private Novelist Fiction" by Nell Zink.
https://www.kirkusreviews.com/book-reviews/nell-zink/private-novelist/

"[15] Moreover I will endeavour that ye may be able after my decease to have these things always in remembrance.
[16] For we have not followed cunningly devised fables, when we made known unto you the power and coming of our Lord Jesus Christ, but were eyewitnesses of his majesty.
[17] For he received from God the Father honour and glory, when there came such a voice to him from the excellent glory, This is my beloved Son, in whom I am well pleased.
[18] And this voice which came from heaven we heard, when we were with him in the holy mount.
[19] We have also a more sure word of prophecy; whereunto ye do well that ye take heed, as unto a light that shineth in a dark place, until the day dawn, and the day star arise in your hearts:
[20] Knowing this first, that no prophecy of the scripture is of any private interpretation.
[21] For the prophecy came not in old time by the will of man: but holy men of God spake as they were moved by the Holy Ghost." Second Peter 1:15-21 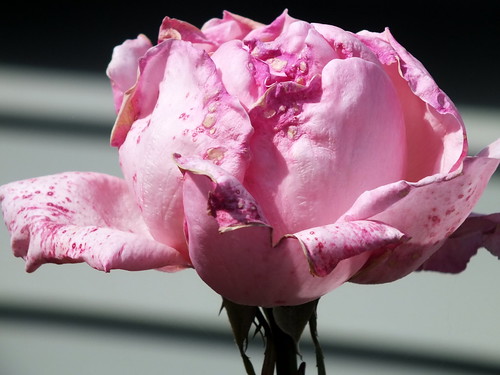 "From Sphinx To Christ: An Occult History" by Edouard Schure
https://en.wikipedia.org/wiki/%C3%89douard_Schur%C3%A9

"The Vicar of Sorrows" a novel by A. N. Wilson

"God's Funeral: A Biography Of Faith And Doubt In Western Civilization" by A.N. Wilson

"Louisa May Alcott: The Woman Behind Little Women" a biography by Harriet Reisen

"The Big Nowhere" A Crime Novel by James Ellroy

"The Village 400 Years Of A History of Beats and Bohemians, Radicals and Rogues: A History of Greenwich Village" by John Strausbaugh

"The Improper Bohemians: Greenwich Village in its Heyday" by Allen Churchhill

"Bohemia: Digging The Roots Of Cool" by Herbert Gold

"Memoirs of a Beatnik" by Dianne di Prima

"The Castaway Lounge" a novel by Jon Boilard

"Striving Against Satan: Knowing The Enemy-His Weakness, His Strategy, His Defeat" by Joel Beeke

"[8] Be sober, be vigilant; because your adversary the devil, as a roaring lion, walketh about, seeking whom he may devour:
[9] Whom resist stedfast in the faith, knowing that the same afflictions are accomplished in your brethren that are in the world.
[10] But the God of all grace, who hath called us unto his eternal glory by Christ Jesus, after that ye have suffered a while, make you perfect, stablish, strengthen, settle you.
[11] To him be glory and dominion for ever and ever. Amen." First Peter 5:8-11
Collapse