It is 10:50 AM Thursday morning in the death flow. Outside this morning it is raining. A cold wet rainy gray ugly autumn day here in West Michigan.

Carol got home from work around 8:45 AM and went to bed soon after getting home. She is off the next four nights. Carol plans to get up around 3 o'clock PM this afternoon and drive over to Grand Rapids to visit Emily and Josie Joy. I am not going with her because she will be driving to GR in a rain storm. I am afraid of driving in rain storms. I do not want to die in a car wreck on a rain soaked freeway side of the road or smashed inside a car as the rain pours over my dead body. Carol is not afraid of dying in a car wreck.

I have been basically wandering the house and watching the birds at our feeder.

I will close to sit and wait it out. I have been reading as the rain falls from the gray sky "Hermeneutics as Apprenticeship" by Starling off and on today. 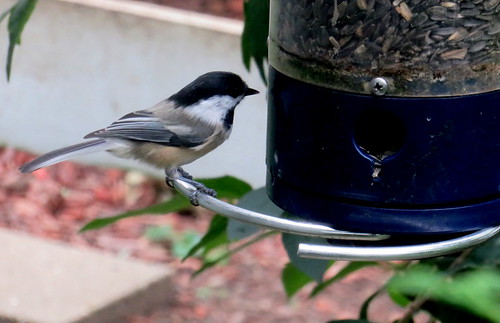 "Atonement
Since the dominant view of the human plight in Hebrews is the great gulf between a holy God and an unholy humanity caused by sin and guilt, as I have shown in the preceding chapter, the most widespread imagery used by the author for the mighty divine rescue is drawn from the Old Testament sacrificial system, with Christ's death presented as a sacrifice of atonement and its sugnificance in terms of the Day of Atonement ritual.

The first reference in Hebrews to the saving work of Christ is described in terms of cleansing-the 'purification for sins' (1:3). Purification is one of the author's major concerns to which he returns again and again. In his incarnation Jesus, the transcendent Son of God, became fully human (yet without sin) so as to become 'a merciful and faithful high priest in service to God, and that he might make atonement for the sins of the people' (2:17).

Christ offered himself 'unblemished to God' (9:14) and as the sinless high priest was able to make the final sacrifice (7:27) that explains how Jesus made 'purification' (1:3) or 'atonement for the sins of the people' (2:17). This forgiveness of sins was promised by God under the new covenant (8:12; 10:17-18), and guaranteed by the perfect high priest who 'offered for all time one sacrifice for sins', after which he 'sat down at the right hand of God', indicating his work was finished (10:12).

The purification of or atonement for sins is also described as the definitive cleansing of human consciences from the attitudes and practices that belong to the way of death (9:14; 10:22). Hebrews understands that sin affects all people, and every person's conscience is tainted. Emancipated from this dreadful bondage, men and women can not serve and worship the living God (v.14)-the purpose for which they have been created (cf. 2:10). Since the forgiveness God's Son has won is permanent, and the barrier between God and humanity has been removed, men and women can now enter the presence of God with confidence and receive mercy and grace in their time of need (cf. 4:16;9:14;10:22). We 'can draw near to God now with the directness and certainty that belong to the final state of his people' (cf.12:22-24). The language of drawing near to God is thus used by the author to speak of the privilege won by Christ for the new covenant people (4:16; 7:19,25; 10:19-22;11:6; cf.6:19).

Christ's once for all sacrificial death results not only in the purification and expiation of sins and thus the cleansing of people's consciences; it also achieves sanctification and perfection. There is a close relationship between cleansing from sin, sanctification and perfection though they are not synonymous. The sanctification of God's people was the goal of Christ's fulfilling the Father's will by offering himself as a sacrifice for sins (10:10). The designation of believers as already 'sanctified' is consistent with the stress on sanctification as something that has already been won for us by the blood of Christ. So the description 'we have been made holy' (10:10) signifies a definitive consecration to God through the effective cleansing from sin (Heb.2:11;9:13-14;10:10, 29; 13:12) that qualifies us for fellowship with him.

Further, the notion of believers' 'perfection', which has been achieved through Christ's being made perfect (2:10;5:9;7:28), emphasizes both the realized aspect of salvation as well as the permanent effects for believers. The context of Hebrews 10:14 locates this perfecting in the past, since it was accomplished by Christ's single offering of himself by which he made his people 'perfect for ever' (10:14). At the same time, perfection is used 'to proclaim the fulfillment or consummation of men and women in a permanent, direct and personal relationship to God'. Christ's death secures for believers a share in the future that God has promised. The perfection of believers involves all of this. So 'perfection' language is used of the 'complete realization at the final fulfillment of all God's promises (11:40;12:23), . . . an unfolding of what is, in principle, even now achieved through Christ's sacrifice.'

Moreover, the outcome of this definitive cleansing, sanctification and perfection is the privilege of entering the presence of God with confidence now and in anticipation of our final entry into the Most Holy Place for ever." pg.108-110 Peter T. O'Brien "God has Spoken in his Son: A biblical theology of Hebrews" 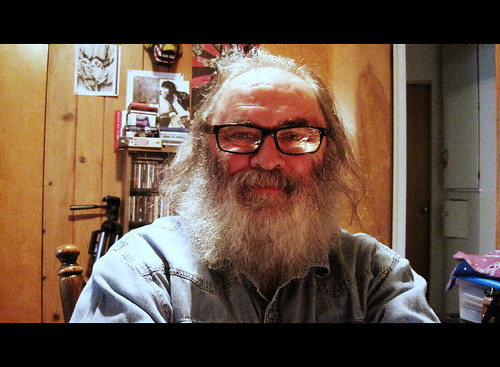