It is 10:13 AM Friday in the death flow. I just got back from a eye doctor's appointment. I wanted to get new glasses so I had to have my eyes examined first. My eyes are fine. It is a blessing not being blind.

I have been up since 5:30 AM. I do not why I got up so early. I told myself as I was getting out of bed I can go to bed anytime today. I might lay down someplace down in the lower level today. So I got up made a pot of coffee and ate a bowl of cereal. After eating cereal I messed with our main computer and then left for my eye doctor's appointment.

I have been mainly reading this morning from a book titled, "Hermeneutics as Apprenticeship: How the Bible Shapes Our Interpretative Habits and Practices" by David I. Starling.

Last night I watched some professional football and went to bed early. Now it is another day. I am leaving soon to go buy a carpet cleaner. I also plan to visit thrift stores while I am out wandering.

Yesterday I did mow the lawn. I mowed the lawn after Carol left for her four day get-away with girlfriends.

Well not much else to report so I will close to do errands. 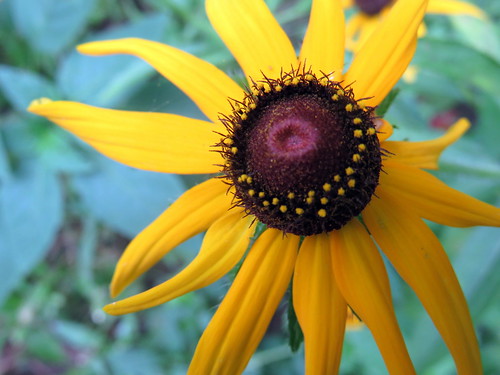 It is now in the holy roll flow (the history or salvation) 2:18 PM Friday afternoon. It is till gray outside this afternoon. We are now in the Autumn season of year 2016. We will soon be in the month of October.

I left for my eye appointment around 8 o'clock AM. My eyes are in good condition for being an old man. I ordered myself some new glasses, which I will pick up next week. I wanted glasses with thick black rims. After the eye doctor appointment I came home because my vision was blurry.

After my vision adjusted I left to get a Hoover stream carpet cleaner and to visit a thrift store north of town. I picked up the Hoover steam cleaner. I wanted a carpet steam cleaner because I like walking on carpet free from dog shit and dog vomit. Carol and I plan to get new carpet for the house when Rudy goes back to the earth. Animals have no soul so they just go back to dust. Human beings have eternal souls so they will live forever either in Hell or Heaven.

"Within Normal Limits" a novel by Todd Grimson

"The Path to the Spider's Nest" a novel by Italo Calvino

"The Movies Of My Life" a novel by Alberto Fuguet Translated From The Spanish By Ezra E. Fitz

After visiting this thrift store I went grocery shopping. After food gathering I drove home. When I got home I ate lunch and cataloged the used books I got today into my LibraryThing site. I then read the instruction manual for the Hoover carpet steam cleaner.

Carol called this afternoon to hear how my eye appointment went this morning. When she called she was out shopping with her girlfriends. They were planning to check-in to their hotel rooms as soon as their rooms were cleaned.

All I have attempted to read today is the book, "Hermeneutics as Apprenticeship: How the Bible Shapes Our Interpretive Habits and Practices" by David I. Starling.

Well not much else to report so I will close to drift to the music of Blood Incantation. Existence keep speeding towards the Last Day, the Day of Judgment.

"[11] And I saw a great white throne, and him that sat on it, from whose face the earth and the heaven fled away; and there was found no place for them.
[12] And I saw the dead, small and great, stand before God; and the books were opened: and another book was opened, which is the book of life: and the dead were judged out of those things which were written in the books, according to their works.
[13] And the sea gave up the dead which were in it; and death and hell delivered up the dead which were in them: and they were judged every man according to their works.
[14] And death and hell were cast into the lake of fire. This is the second death.
[15] And whosoever was not found written in the book of life was cast into the lake of fire." Rev. 20:11-15 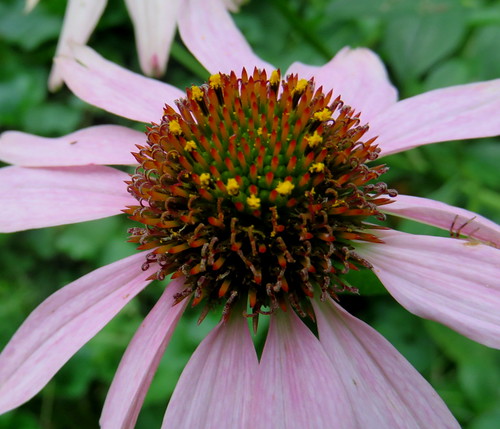 It is 4:29 PM Friday early evening. I am down in the lower level looking at my books. I have been looking at these books-

"Kingdom through Covenant: A Biblical-Theological Understanding of the Covenants" by Peter J. Gentry & Stephen J. Wellum

In the book "Biblical Theology: Retrospect & Prospect" I have been reading an essay titled 'Figural Representation and Canonical Unity" by M. Jay Wells. I will quote from this essay-

"TOWARD A BIBLICAL THEOLOGY OF THE WHOLE CANON
On the basis of the foregoing, the NT writers recognized that in Jesus they have witnessed the fulfillment of the OT promises as intended by the OT authors-the restoration of Israel in the seed of the woman, the seed of Abraham, the seed of David.

Indeed, Paul's gospel is the announcement of the fulfillment of the Abrahamic promise, just as the Scriptures preached beforehand with respect to Abraham (Gal. 3:6-14). The dispute with Paul's opponents was not whether Israel is the recipient of the promised Abrahamic inheritance but rather the identity of that Israel to whom the Abrahamic promise had been made. The promise to Abraham was not voided by the Sinaitic order, instituted because of persistent disobedience until the arrival of the promised seed who would undo the Adamic situation in eschatological restoration (Gal.3:15-19). Those who belong to Christ, who have been clothed with him (cf. 3:21), are Abraham's true descendants, restored in the seed of the woman. These true descendants constitute God's eschatological Israel, his restored humanity. That is, in him who was the seed of the woman is redemption from slavery, a new exodus, in order that the redeemed might receive adoption into the new Adamic family. Thus those who believe are no longer in slavery but are children, and if children then heirs of the Abrahamic promise with the seed of Abraham, seed of the woman (Gal. 3:26-4:7), just as the Scriptures preached beforehand.

Paul, like the rest of the NT authors, thus proclaimed the arrival of that which he understands the OT authors to have been figurally representing-a new creation redeemed and predestined for adoption in the last Adam. In Christ is the fulfillment of the inheritance promised to Abraham's seed, the seed of the woman. It was, in fact, concerning deliverance from human predicament delineated in Genesis 1-3 that the prophets prophesied (see 1 Pet.1:10-12). It was revealed to them that they were not serving themselves but the recipients of this promised deliverance-the restored humanity in Messiah. The NT message is the explication of the eschatological gospel already proclaimed in the Scriptures. As Luke emphasized, Paul was "saying nothing beyond what the prophets and Moses said would happen" (Acts 26:22).

The OT is far more than a record of salvation history that must be reconstructed, interpreted and reread by the NT authors and today's biblical theologians. The OT is a revelatory text that conveys an intentional eschatological-prophetic theology clearly seen in its figuration. In the same way, the NT is a revelatory text that announces the arrival and fulfillment of that prophecy without having to furnish it with its own prophetic meaning. . ." pg.122-124

"Hermeneutics as Apprenticeship: How the Bible Shapes Our Interpretative Habits and Practices" by David I. Starling

"The Race Set Before Us: A Biblical Theology of Perseverance & Assurance" by Thomas R. Schreiner & Ardel B. Caneday

"The Letter To The Hebrews" [The Pillar New Testament Commentary] by Peter T. O'Brien

"Within Normal Limits" a novel by Todd Grimson

"The Path to the Spider's Nest" a novel by Italo Calvino

"The Movies Of My Life" a novel by Alberto Fuguet Translated From The Spanish By Ezra E. Fitz

"One Good Turn" a novel by Kate Atkinson

"Red Earth And Pouring Rain" a novel by Vikram Chandra

"[16] For God so loved the world, that he gave his only begotten Son, that whosoever believeth in him should not perish, but have everlasting life.
[17] For God sent not his Son into the world to condemn the world; but that the world through him might be saved.
[18] He that believeth on him is not condemned: but he that believeth not is condemned already, because he hath not believed in the name of the only begotten Son of God.
[19] And this is the condemnation, that light is come into the world, and men loved darkness rather than light, because their deeds were evil.
[20] For every one that doeth evil hateth the light, neither cometh to the light, lest his deeds should be reproved.
[21] But he that doeth truth cometh to the light, that his deeds may be made manifest, that they are wrought in God." John 3:16-21
Collapse