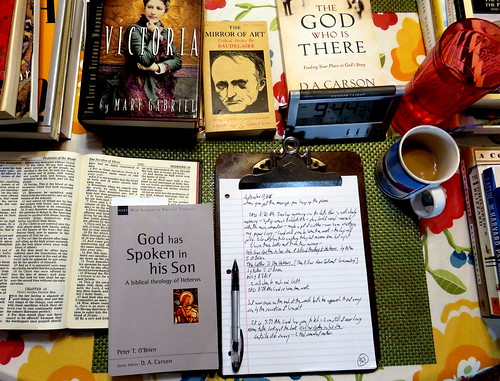 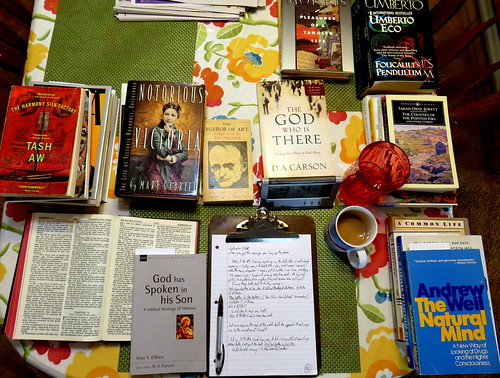 "Brothers Of The Quill: Oliver Goldsmith in Grub Street" by Norma Clarke

"Mislaid" a novel by Nell Zink

"The God Who Is There: Finding Your Place in God's Story" Biblical Theology by D. A. Carson

"The Harmony Silk Factory" a novel by Tash Aw

"The Mirror Of Art: Critical Studies" by Baudelaire

"Libra" a novel by Don Delillo

"Pleasures Of A Tangled Life" memoir by Jan Morris

"How It All Began" a novel by Penelope Lively

"Other Powers: The Age Of Suffrage, Spiritualism, And The Scandalous Victoria Woodhull" by Barbara Goldsmith

"The Natural Mind: A New Way of Looking at Drugs and the Higher Consciousness" by Andrew Weil

"The Harvard Psychedelic Club: How Timothy Leary, Ram Dass, Huston Smith, and Andrew Weil Killed the Fifties and Ushered in a New Age for America" by Don Lattin

at the top of the mountain of death[ edit | delete ] February 11, 2005 | At: 2:54 PM | Permalink bookmark| Tags: uncategorized I am home from work. Right now my computer tells me the time is 5:22 PM. I got out of work at 4 o'clock PM today. When I got home from work I found Carol sleeping and Rudy waiting for me. I cleaned up and put away what I wrote at work today during my 30 minute lunch break. I am glad it is a Friday since I feel like crap. I think I am getting overly tired. What else can be the cause of my horrible mood? I hope I am not becoming a sour old man. I want to be a kind gentle old man who shines the glory light of Christ. "Now the Lord is the Spirit; and where the Spirit of the Lord is, there is liberty. But we all, with unveiled face, beholding as in a mirror the glory of the Lord, are being transformed into the same image from glory to glory, just as by the Spirit of the Lord." 2 Corinth. 3:17,18 I had a horrible day at work since I am feeling so down-depressed-tired-sour-but the Lord got me to the end of another work week-number 586 or is this work week 587? Anyway it is the end of another week of toil and I have two days to seek healing from the hand of God. I need the healing touch of the Lord Jesus. Carol works this weekend so I will spend my days in solitude. At work today I wrote these words on the piece of paper I keep in my back pants pocket---you climb the mountain of death and when you reach the top you scream in despair and then climb down. I also made a note to myself to maybe finish reading T.C. Boyle's novel "Drop City" this weekend. I need something easy to read right now since I feel like cow dung. I do not know what I will do tonight? I need to go downtown and pick up a CD order-might while I am downtown get a mocha to celebrate finishing another week of work? At work today I noticed my mind going back deep into my past-my life before I left California-the days when I was young living in Richmond Calif. when I was in love with Tykie-who was the fellow back then? I was in my early 20's when I was in love with Tykie-now I am 52 years old-this coming May Carol and I will celebrate 26 years of marriage-our oldest son is 24 years old. Where does time go? At work today I was trying to remember how many times I got spaced on LSD? I must have taken LSD at least 30 to 40 times when I was a young man. I smoked a ton of weed when I was young. Did all those drugs change my personality? Did the drug LSD change my vision of life in this dead american world? Personally I believe right now I have a biblical world and life view of Reality. I am right now totally God conscious. I live each moment of existence in the light of the approaching destruction of the world system-our days our numbered so I must be certain I am ready to face the Judge Jesus Christ. Well I am tired-I will close to rest-listen to music-wait for the end.

from bathtubmary :
email me at bathtubmarygirl dot gmail dot com and i'll send you the pw.

from seattle-rain :
Ignorance is bliss, I suppose!

from astralounge :
Thanks for weighing in with your opinion. But I think you meant to say my dad is "right," not "write." I'm not going to waste time worrying about what you think of me. You don't know me. If my writing bores you, don't read it. Simple as that.

from glorycloud :
abhor thanks for the note-my son knows my interests in books-just because I am a Christian does not mean I can love Art or literature--- My name is Jonny and I am married. I have been married 29 years to Carol (she is a night Rapid Response nurse at a local community hospital). We have three grown children Beth, Josiah and Caleb. I am a Christian. I collect books and CD's for a hobby. I love words. My Interests: books, music, writing, Christian Spirituality, theology, Calvinism, biblical theology, Old Testament, New Testament, the Lord Jesus Christ, The Fall, the Beats, Jack Kerouac, nature, hell, heaven, death, existence, bookstores, the contemplative life, silence, monks, old age, marriage, English Puritanism, Puritan Theology, The Twilight Singers, New Covenant Theology, Pedro the Lion, Pauline Theology, the Afghan Whigs, The Swans, Luna, Pavement, Guided by Voices, Built to Spill, St. John of the Cross, prayer, The Cloud of Unknowing, Crooked Fingers, Superchunk, Tom Waits, Thomas Merton, Wolf Eyes, love, time, Supergrass, the Pixies, work, history, Morphine, hermeneutics, the history of biblical interpretation, Nick Cave and the Bad Seeds, Post-Modernism.

It is in the flow 4:10 PM late Tuesday afternoon. The day has been normal thus far for this old shut in. These days I don't get out much due to all the stray gun fire.

I got up this morning around 7 o'clock AM. I woke up from a dream where I was in some old building in a part of a city that had been deserted. I was warned not to go to this abandoned part of this city because one could get killed. In the dream I find myself in a old run down building and it is filled with people who are old and had physical handicaps. It was a weird dream. I find the older I get my dreams become more complex. My dream life these days is different from when I was a young fellow.

Carol got home from work around 8:38 AM, she was extremely tired and went to bed around 9 o'clock AM.

I did not go anywhere today, because there is too much violence going on in the world. I do not want to get shot by a supporter of Trump.

I mainly read today from a used book I bought yesterday titled, "The Natural Mind: A New Way of Looking at Drugs and the Higher Consciousness" by Andrew Weil.

Well, not much else to report so I will close to wait for nightfall. 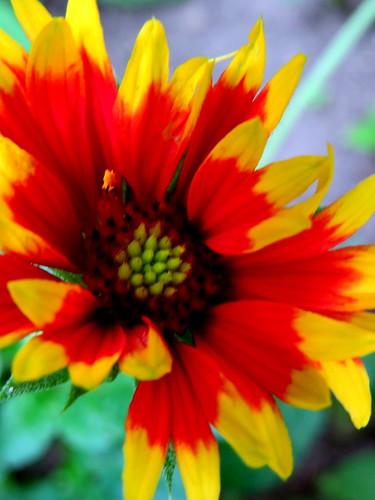