It is 11:23 AM late Wednesday morning in the death flow. As I type these words I can hear off in the distance the tree killers destroying God's creation. Man hates God's creation that is why he is constantly seeking to destroy it.

It is a sunny day here where I am living out my few years of life. I have had thus far a normal day for a white middle class Christian. This morning I went to Goodwill, got my hair cut and went to a grocery store. At the Goodwill thrift store I found two used books-

When I got home from my wanderings I ate lunch and now I am writing in my online diaries.

I have nothing to do but wait it out. My wife is sleeping and works tonight. Well I suppose I will close to drift through the day.

I have been mainly reading today a used book I picked yesterday titled, "The Adventures And Misadventures Of Maqroll" a novel by Alvaro Mutis Translated from the Spanish by Edith Grossman.

I plan to look at this novel this afternoon, "A Manuscript of Ashes" a novel by Antonio Munoz Molina Translated from the Spanish by Edith Grossman.

a reverence for all forms of life

It is in the death toll I mean flow 3:57 PM Wednesday late afternoon. Tomorrow will be the Last Day of June 2016. We are headed towards the middle of Summer 2016.

I have been wandering my cell and reading from a used book I bought yesterday titled, "The Adventures And Misadventures Of Maqroll" a novel (series of novellas) by Alivaro Mutis Translated from the Spanish By Edith Grossman. I am thinking of doing a video for my BookTube channel on all the novels I have that have been translated from Spanish by Edith Grossman. I might do that tonight when my wife has gone off to work.

This afternoon came in the mail for us. We are waiting for our Summer tax bill to come in the mail. I find it strange that we pay taxes. If you do not pay your taxes the Government takes everything you own and then throws you into prison. We are not really free in America. The Government owns us. We are slaves to The Beast a blood thirsty Death Machine. Right now the goal of the Beast is transform men and women into non-sexual beings. Also the Beast has made it the law of the land to kill infants so non-sexual beings can either go childless or raise beings with no sexual identity.

I suppose I will close to read and wait for darkness to fall on the earth.

"[18] For the wrath of God is revealed from heaven against all ungodliness and unrighteousness of men, who hold the truth in unrighteousness;
[19] Because that which may be known of God is manifest in them; for God hath shewed it unto them.
[20] For the invisible things of him from the creation of the world are clearly seen, being understood by the things that are made, even his eternal power and Godhead; so that they are without excuse:
[21] Because that, when they knew God, they glorified him not as God, neither were thankful; but became vain in their imaginations, and their foolish heart was darkened.
[22] Professing themselves to be wise, they became fools,
[23] And changed the glory of the uncorruptible God into an image made like to corruptible man, and to birds, and fourfooted beasts, and creeping things.
[24] Wherefore God also gave them up to uncleanness through the lusts of their own hearts, to dishonour their own bodies between themselves:
[25] Who changed the truth of God into a lie, and worshipped and served the creature more than the Creator, who is blessed for ever. Amen.
[26] For this cause God gave them up unto vile affections: for even their women did change the natural use into that which is against nature:
[27] And likewise also the men, leaving the natural use of the woman, burned in their lust one toward another; men with men working that which is unseemly, and receiving in themselves that recompence of their error which was meet.
[28] And even as they did not like to retain God in their knowledge, God gave them over to a reprobate mind, to do those things which are not convenient;
[29] Being filled with all unrighteousness, fornication, wickedness, covetousness, maliciousness; full of envy, murder, debate, deceit, malignity; whisperers,
[30] Backbiters, haters of God, despiteful, proud, boasters, inventors of evil things, disobedient to parents,
[31] Without understanding, covenantbreakers, without natural affection, implacable, unmerciful:
[32] Who knowing the judgment of God, that they which commit such things are worthy of death, not only do the same, but have pleasure in them that do them." Romans 1:18-32 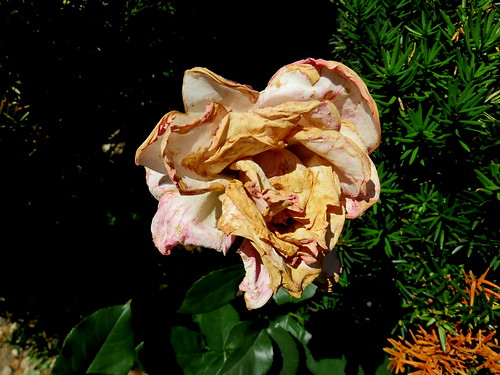