Cinderella, she seems so easy
“It takes one to know one,” she smiles
And puts her hands in her back pockets
Bette Davis style
And in comes Romeo, he’s moaning
“You Belong to Me I Believe”
And someone says, “You’re in the wrong place my friend
You better leave”
And the only sound that’s left
After the ambulances go
Is Cinderella sweeping up
On Desolation Row

Now the moon is almost hidden
The stars are beginning to hide
The fortune-telling lady
Has even taken all her things inside
All except for Cain and Abel
And the hunchback of Notre Dame
Everybody is making love
Or else expecting rain
And the Good Samaritan, he’s dressing
He’s getting ready for the show
He’s going to the carnival tonight
On Desolation Row

Now Ophelia, she’s ’neath the window
For her I feel so afraid
On her twenty-second birthday
She already is an old maid
To her, death is quite romantic
She wears an iron vest
Her profession’s her religion
Her sin is her lifelessness
And though her eyes are fixed upon
Noah’s great rainbow
She spends her time peeking
Into Desolation Row

Einstein, disguised as Robin Hood
With his memories in a trunk
Passed this way an hour ago
With his friend, a jealous monk
He looked so immaculately frightful
As he bummed a cigarette
Then he went off sniffing drainpipes
And reciting the alphabet
Now you would not think to look at him
But he was famous long ago
For playing the electric violin
On Desolation Row

Dr. Filth, he keeps his world
Inside of a leather cup
But all his sexless patients
They’re trying to blow it up
Now his nurse, some local loser
She’s in charge of the cyanide hole
And she also keeps the cards that read
“Have Mercy on His Soul”
They all play on pennywhistles
You can hear them blow
If you lean your head out far enough
From Desolation Row

Praise be to Nero’s Neptune
The Titanic sails at dawn
And everybody’s shouting
“Which Side Are You On?”
And Ezra Pound and T. S. Eliot
Fighting in the captain’s tower
While calypso singers laugh at them
And fishermen hold flowers
Between the windows of the sea
Where lovely mermaids flow
And nobody has to think too much
About Desolation Row

Yes, I received your letter yesterday
(About the time the doorknob broke)
When you asked how I was doing
Was that some kind of joke?
All these people that you mention
Yes, I know them, they’re quite lame
I had to rearrange their faces
And give them all another name
Right now I can’t read too good
Don’t send me no more letters, no
Not unless you mail them
From Desolation Row 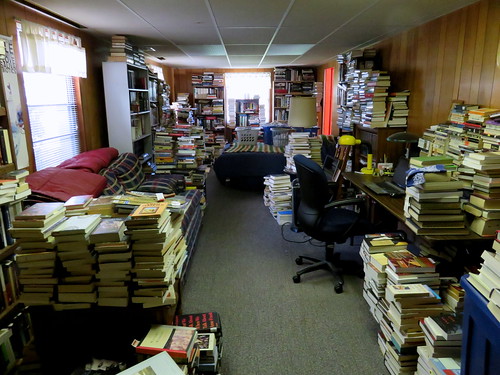 It is 10:11 AM Wednesday morning in the flow of existence. This morning the sun is shining which is nice. Tomorrow it is suppose to rain.

I got up this morning around 6:30 AM. I drank this morning coffee I made last night. I messed with our main computer and then I wrote in my paper diary. Carol got home from work around 8:45 AM and went to bed for the day. She is now off six nights from work. We are taking care of our granddaughter Josie Joy for four days this week.

This morning I have been reading, "Jesus Have I Loved, but Paul? A Narrative Approach To The Problem Of Pauline Christianity" by J. R. Daniel Kirk. This afternoon I cover for someone at the library book nook from 3 o'clock PM till 5 o'clock PM. Besides that I have nothing to do today. I might mow the lawn sometime today. I might rake some more dirt on my wild flower plot of earth. Right now I feel like closing my eyes and just drifting.

Last night I read some more of the book, "The Other Paris" by Luc Sante and made videos for my BookTube channel. I went to bed around 11 o'clock PM. Now it is another day to wander in circles.

Well, I suppose I will close to drift. 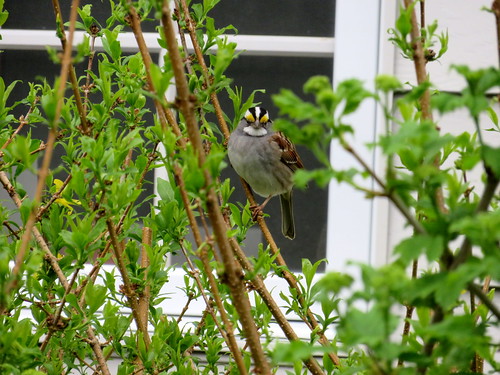 It is in the death flow 7:49 PM Wednesday night. Carol just told me there is the black cat. There are two black cats that come in our yard searching for prey, one is named Moses and the other black cat we do not its name. Moses is a big black cat whereas the other one is smaller. Sometimes when I am outside walking our yard I come across a pile of bird feathers.

I had a normal day today. Nothing happened worth reporting this evening. I did volunteer at the Herrick District Public Library Used Bookstore for a couple of hours this afternoon. I covered for someone at the book nook. I brought home from the book nook two used books to ADD to our library-

The library book nook was not busy so I read from a book I brought with me titled, "A Treatise On True Theology With The Life Of Franciscus Junius" Translated By David C. Noe and started reading a short story by Roberto Bolano.

When I got home from the book nook it was 5:06 PM. I ate dinner and so has gone by existence. Carol right now is in the sun room reading her Bible. She plans to go to bed soon. I will go to bed later. Do not know what I will read tonight.

Tomorrow morning Carol plans to drive over to Grand Rapids and pick up our granddaughter Josie Joy and bring her home. Caleb and Emily's plane flies out from GR around 1 o'clock PM for New Orleans LA.

There is nothing pressing on my mind this evening. I suppose I will close to wait it out.
Collapse