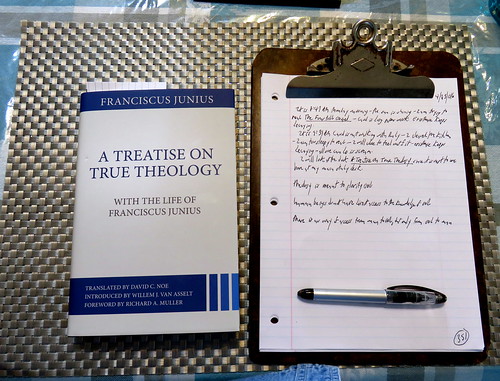 It is in the divine flow 10:30 AM Monday morning. It is a cloudy morning and it feels like it is going to rain.

I have been up since 6:33 AM and right now I am yawning a lot. I slept poorly last night. I had weird dreams all night and woke up with my right leg feeling numb. So I got up and made a pot of coffee. I next messed with our main computer and after messing with our main computer I wrote in my paper diary. I have been reading this morning from these two books "The Fourfold Gospel: A Theological Reading of the New Testament Portraits of Jesus" by Francis Watson and "A Treatise On True Theology" by Franciscus Junius (1545-1602).

Not much else going on here this morning. Last night I read, "Gloria" a novel by Keith Maillard and watched some television with my wife. We went to bed around 11:13 PM.

"[18] For the wrath of God is revealed from heaven against all ungodliness and unrighteousness of men, who hold the truth in unrighteousness;
[19] Because that which may be known of God is manifest in them; for God hath shewed it unto them.
[20] For the invisible things of him from the creation of the world are clearly seen, being understood by the things that are made, even his eternal power and Godhead; so that they are without excuse:
[21] Because that, when they knew God, they glorified him not as God, neither were thankful; but became vain in their imaginations, and their foolish heart was darkened.
[22] Professing themselves to be wise, they became fools,
[23] And changed the glory of the uncorruptible God into an image made like to corruptible man, and to birds, and fourfooted beasts, and creeping things.
[24] Wherefore God also gave them up to uncleanness through the lusts of their own hearts, to dishonour their own bodies between themselves:
[25] Who changed the truth of God into a lie, and worshipped and served the creature more than the Creator, who is blessed for ever. Amen." Romans 1:18-25 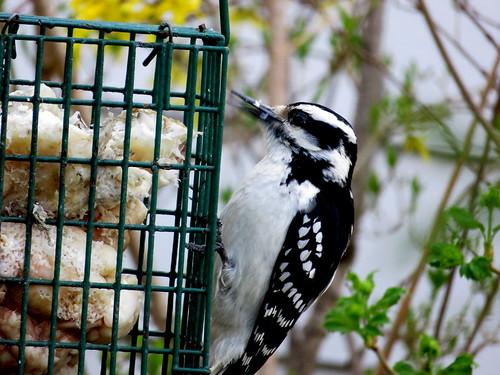