"The Good Apprentice" a novel by Iris Murdoch

a book review "The Good Apprentice" by Harold Bloom
https://www.nytimes.com/books/98/12/20/specials/murdoch-apprentice.html

"Gloria" a novel by Keith Maillard

"At The Existentialist Cafe: Freedom, Being, and Apricot Cocktails" by Sarah Bakewell

"Spain In Our Hearts: Americans In The Spanish Civil War, 1936-1939" by Adam Hochschild

"One And Only: The Untold Story Of On The Road & Lu Anne Henderson, The Woman Who Started Jack Kerouac And Neal Cassady On Their Journey" by Gerald Nicosia & Anne Marie Santos

"On the Road" a novel by Jack Kerouac [50th Anniversary Edition]

"On The Road" THE ORIGINAL SCROLL by Jack Kerouac

It is in the flow 11:05 AM Sunday morning. There is snow on the ground, but I see some sunlight out there in the frozen world. Maybe the sunshine will melt the snow today. I like the color green. The color of my eyes are green. What is my favorite color? I suppose my favorite color is Light/emptiness. I like space empty of color. I want to live in the Light. Does God have a color?

I got up this morning around 7:15 AM. I got up made a pot of coffee and a small pot of oatmeal for breakfast. I messed with our main computer. I down loaded a video I made last night for my YouTube channel. Next I wrote in my paper diary and read. My wife got home late from work because she went downtown to Reader' World bookstore to comfort herself by buying children's books for our grandchildren. She also bought more Sunday newspapers. My wife spends hours reading newspapers. Carol's mother when she was living read the local daily newspaper cover to cover every day. I never met anyone before that read every single article in a local newspaper till I met Carol's mother. I glance through newspapers but I do not read newspapers. I get my news from the internet, magazines, and books. What is News? You get my age and you realize there is no new news going on in this insane American Empire world. The only good news is found in the Bible.

Carol went to bed around 10:45 AM and I am sure will be up this evening to go to church to worship the Lord God. She is off I think from work for a couple of nights. She mentioned this morning maybe working till she is 70 years old.

This morning I got out these books to look at-

Last night I read "Gloria" a novel by Keith Maillard and "Iris Murdoch: A Life" by Peter J. Conradi. Now it is another day to make ones peace.

Well, I can not think of anything else to report right now. We will soon be into the afternoon hours.

"[1] Moreover, brethren, I would not that ye should be ignorant, how that all our fathers were under the cloud, and all passed through the sea;
[2] And were all baptized unto Moses in the cloud and in the sea;
[3] And did all eat the same spiritual meat;
[4] And did all drink the same spiritual drink: for they drank of that spiritual Rock that followed them: and that Rock was Christ.
[5] But with many of them God was not well pleased: for they were overthrown in the wilderness.
[6] Now these things were our examples, to the intent we should not lust after evil things, as they also lusted.
[7] Neither be ye idolaters, as were some of them; as it is written, The people sat down to eat and drink, and rose up to play.
[8] Neither let us commit fornication, as some of them committed, and fell in one day three and twenty thousand.
[9] Neither let us tempt Christ, as some of them also tempted, and were destroyed of serpents.
[10] Neither murmur ye, as some of them also murmured, and were destroyed of the destroyer.
[11] Now all these things happened unto them for ensamples: and they are written for our admonition, upon whom the ends of the world are come.
[12] Wherefore let him that thinketh he standeth take heed lest he fall.
[13] There hath no temptation taken you but such as is common to man: but God is faithful, who will not suffer you to be tempted above that ye are able; but will with the temptation also make a way to escape, that ye may be able to bear it.
[14] Wherefore, my dearly beloved, flee from idolatry." First Corinthians 10:1-14 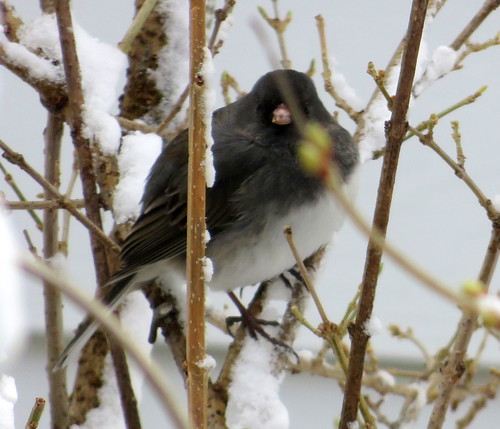 Last night I attempted once again to give a book review in my YouTube channel on the novel "The Good Apprentice" by Iris Murdoch. In my view on this wonderful novel by Murdoch I said that one of the themes of the novel was love. I came across this morning a review of Peter Conradi's biography "Iris Murdoch: A Life" by Susan Eilenberg and found this observation on the subject of love in Murdoch's novels.

"Her subject is love: obsessive, incestuous, adulterous, selfless, blind, lost and unlikely and remembered, its objects so various and so fungible, its appearances so fantastically symmetrical, its developments so entirely subject to accident on the one hand and the rigorous necessity of permutation on the other that, for all the damage it inflicts, the reader soon learns to regard it with something approaching amused disbelief. More sceptical readers might doubt that it is love at all. Those among her principal characters who suffer from it use a rhetoric in which the erotic is indistinguishable from the metaphysical or even the eschatological. In any other book a character who exclaimed that love promised salvation and its loss damnation, that the success or failure of romance raised the lover to heaven or cast him into hell, would be regarded by the reader as guilty of improper and rather tired exaggeration. But a Murdoch character means what he says when he announces that to be looked at by his beloved is like being seen by God, that his ‘black certain metaphysical love’ is ‘its own absolute justification’, or that ‘this is something very absolute. The past has folded up. There is no history. It’s the last trump.’ He is in the grip of a spiritual energy aimed at ultimates and absolutes partly Platonic and partly Christian. He believes (between intervals of hellish doubt) that love will redeem his sufferings, annihilate the obscure, guilty confusion of his finite chance-harried being, sublate his will into a necessity that governs accident and ordains significance. His old self will fall away, together with the vexation of innumerable wearying claims on his attention by contingent beings whom love has not so justified, and he will be saved, perhaps even deified. All shall be well and all shall be well and all manner of things shall be well.

The desire to be innocent again, the desire to be redeemed, the desire that all this should mean something: in Murdoch’s world, these are the great temptations and the great sources of spiritual corruption, particularly but not only when they offer themselves as cover for less acknowledgable motives. The loss of innocence feels to a Murdoch character like an injury for which he may reasonably demand a reparation not to be distinguished in its effects from revenge; his inability to bear his own guilt seems to require an act of self-restoration – or self-annihilation – that risks repeating his crimes. A character is cruel to others in proportion to the intensity of his lust for salvation: the myth of his own suffering and redemption obliterates everything it cannot absorb, as everyone around him is classified as an instrument of his salvation, an obstacle to his salvation, or an irrelevance, and used accordingly. Murdoch remarks through one of her characters that guilt ‘isn’t important, it may even be bad. One must just try to mend things, do better. Why cripple yourself when there’s work to do?’ But this is not what her protagonists want to hear. Whenever in Murdoch someone decides to become a ‘clean man’, bad things follow." Susan Eilenberg review of "Iris Murdoch: A Life" by Peter Conradi from in the London Review of Books

In my video I mentioned a review written by Harold Bloom on the novel "The Good Apprentice". Bloom writes, "Miss Murdoch's particular mastery is in representing the maelstrom of falling in love, which is the characteristic activity of nearly all her men and women, who somehow have time for busy professional careers in London while obsessively suffering convulsive yet enlivening love relationships. . ."

a book review "The Good Apprentice" by Harold Bloom
https://www.nytimes.com/books/98/12/20/specials/murdoch-apprentice.html

In my book review on the novel "The Good Apprentice" by Iris Murdoch I read from the book flap so as to give people an idea of what this novel is about. I will now quote the book flap-

"Funny, compelling, and extremely moving, Iris Murdoch's magnificent new novel is at once supremely sophisticated entertainment and an inquiry into the various spiritual crises that afflict the modern world. In the powerful opening scene young Edward Baltram gives his ingenuous friend Mark Wilsden a drugged sandwich, a prank which ends tragically. Edward's subsequent guilt, self-hatred, and crisis of conscience provide one of the spiritual focal points of this event-filled tale. The other is supplied by Edward's stepbrother, Stuart, a brilliant student of mathematics who quits his promising scholastic career to devote himself to the difficult and obscure task of becoming good. The two young men arouse bemusement and concern in their parents and supposedly knowledgeable elders.

The cast of characters includes Stuart's father, Harry Cuno, a feckless but charming dilettante (A dabbler in an art of a field of knowledge); Edward's uncle, Thomas McCaskerville, an introspective Scots Jewish psychiatrist who undertakes Edward's psychic rehabilitation; and another magician (artist), Jesse Baltram, Edward's blood father, a maverick spiritual figure whose household of "holy women" provides an ambiguous refuge. Readers will be delighted and disturbed by this vivid and beautiful tale of good and evil, and the perennial contest between religion and magic.

Full of wit and romance, The Good Apprentice is sure to gain an even wider audience for this illustrious writer."

I also read awhile back, "Elegy For Iris" A Memoir by John Bayley-

"John Bayley, who has been married to Iris Murdoch for over forty years, has written one of the most extraordinary memoirs of recent years. With great compassion he re-creates their passionate love affair and poignantly describes the mask that has ineluctably descended over Iris's being with the progression of her Alzheimer's disease. It is Bayley's accomplishment to find the glimmers of Iris's old self that break through the barriers of her disease, and to share with us his message of hope and joy."
Collapse