It is 9:11 AM Tuesday morning in the flow of Time. Outside this morning it is gray and foggy. We are suppose to see some sunshine today.

I got up around 7:15 AM this morning. When I got up I found my wife reading her Bible in the living room. I made for us oatmeal for breakfast. After breakfast I messed with our main computer and then wrote in my paper diary. So the morning goes by. I have no plans for the day. Carol goes back to work tonight.

Not much else to report this morning. Today is our granddaughter Louisa Mae's birthday, she is now two years old.

Yesterday as Carol and I were driving to a grocery store our daughter-in-law Emily called to tell us her grandmother has passed away during the night. Emily's grandmother was 92 years old when she died. She died at home with family by her death bed.

The last book I attempted to read last night was titled,"At The Existentialist Cafe: Freedom, Being, and Apricot Cocktails with Jean-Paul Sarte, Simone De Beauvor, Albert Camus, Martin Heidegger, Edmund Husserl, Karl Jaspers, Maurice Merleau-Ponty and others" biography/modern philosophy by Sarah Bakewell. I have been reading along with this very interesting book a book titled, "Existentialism" by Thomas Flynn.

I suppose I will close to drift. Carol plans to take a meal to a family out in the country this morning. This family just had their second child and they go to Carol's church. The father of this expanding family is a celery farmer.

Maybe I will wake up sometime today and be able to focus on something. Existence keeps speeding by. This coming May my wife and I will celebrate being married 38 years. Where has the time gone? It just seems yesterday when we got married and started our life together as a married couple. We are here for just a moment and then we are gone. I am glad to know that the marriage covenant is eternal. Carol and I will be together forever and ever. True love is eternal and never dies. 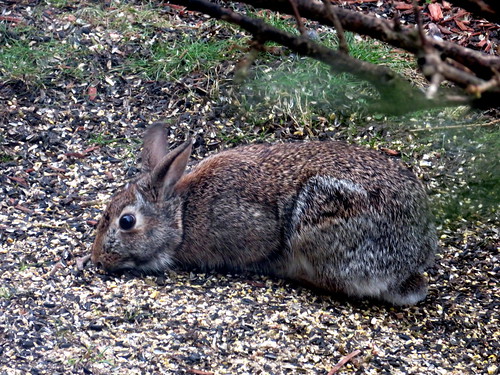 The other day I was reading a book titled, "The Apostle Paul and the Christian Life: Ethical and Missional Implications of the New Perspective" Edited by Scot McKnight & Joseph B. Modica and I read something in an essay that I consider to be good gospel preaching. I have not gone to church going on 10 years, but sometimes when I am online I look for a sermon by a certain person that I have come across. I am curious how this individual sounds when preaching. Most of the time after a few minutes of listening to a sermon I turn it off because it is something I have heard preached millions times before. I come out of conservative Presbyterian Reformed Christian theological/spiritual tradition and typically preaching is controlled by conservative Reformed theology. Ministers who claim to be conservative and Calvinistic repeat what they have been taught to be theological correct/Reformed Covenantal theology while studying to be a minister in seminary. What happens is that over time/centuries preachers repeat what Reformed minsters have preached or taught since the Protestant Reformation. Ministers who have been ordained in Calvinistic churches can not preach or teach anything that is not set forth in Reformed Theological books or church confessions. The outcome is that nothing is every preached or taught that has not been preached or taught since the 17th century Protestant Reformation. If you were to visit a typical study of a Reformed conservative Presbyterian minister for example you would find on his shelves books on Reformed theology or 17th century English Puritan theology. Ministers in conservative Reformed churches must not preach anything that is not found in their doctrinal confessions for example the Westminster Standards or The Heidelberg Catechism.

What I am about to quote from a book titled, "The Apostle Paul and the Christian Life: Ethical and Missional Implications of the New Perspective" Edited by Scot McKnight & Joseph B. Modica I have never heard preached or taught in any of the churches I have attended in the 46 years I have been a Christian. I consider this quote to be good solid biblical gospel preaching-

"The Holy Spirit-the Spirit of God (1 Cor.3:16) and the Spirit of Jesus (Phil.1:19)-is a presence of God among God's people, the agent of God's working in the church, as I've indicated above. The Spirit baptizes believers into Christ, uniting them intimately with Christ both in his death and in his resurrection into the reality of new-creation life. At least three aspects of the Spirit's action upon God's people are crucial for understanding Paul's conception of the Christian life, the latter two of which I will elucidate further in the remainder of this chapter.

First, the Spirit is the eschatological presence of God that had been promised by the prophets-the very presence of God's life-giving Spirit poured out on God's people in the coming age. That eschatological age has arrived, then, in the church-and in individual churches. The Spirit animates and brings to God's people the life of the future coming age. For Paul, believers are the ones "on whom the end of the ages have come" (1 Cor.10:11). In other letters, Paul imagines that his churches already inhabit that future reality called "the kingdom of God" (Col.1:13. Rom.14:17). Jesus-following communities experience this together, enjoying God's own presence among them in Christ by the Spirit. The identity of God's people is that they are the new-creation people of God-that eschatological reality for which the people of God had been looking (2 Cor.5:17). The church participates by the Spirit in the new humanity (Eph. 4:24; Rom.6:4).

It is not only the power of that coming age that has arrived among God's people, but the multinational, multiethnic reality the prophets expected is also present. That is, Jews and non-Jews are being united together in one new people in Christ (Gal. 3:28). All who are in Christ are now constituted as "God's people."

Second, churches baptized into Christ by the Spirit have their existence "in Christ." The union of church communities with God is so intimate that the corporate life of church communities is said to take place within God, within Christ (Col.3:3; Gal.2:20). Their identity is as full participants in that coming world over which Jesus already reigns by virtue of his resurrection and ascension (Eph. 1:3; 2:6; Phil.3:20). Not only do believers have their existence within Christ, within God, but God in Christ dwells among them, as mentioned previously. Paul develops this at length in 1 Corinthians with his discussion of the church as God's new temple (1 Cor. 3:16-17). God's dwelling among the Corinthian church has massive implications for their corporate life together.

For Paul, then, the baptism of believers into Christ means that they have their very existence in God and that they are vitally connected to one another. By virtue of their union with Christ, they participate in the new-creation people of God by the Spirit, and they participate in the very life of God himself. Paul counsels his churches through a creative theological vision that sees Christian existence through these twin lenses. . ." pg.110-112 from a essay by Timothy G. Gombis titled 'Participation in the New-Creation people of God in Christ by the Spirit' located in the book "The Apostle Paul and the Christian Life" by McKnight & Modica

"City Poet: The Life and Times of Frank O'Hara" biography by Brad Gooch

"The Collected Poems Of Frank O'Hara" Edited by Donald Allen

"Seek My Face" a novel by John Updike

"Mary" a novel by Vladimir Nabokov

"Weird Like Us: My Bohemian America" memoir by Ann Powers

"Windblown World: The Journals of Jack Kerouac 1974-1954" Edited and with an introduction by Douglas Brinkley

"Picasso as a Young Man: An Interpretive biography" by Norman Mailer

"Proust: A Biography" by Ronald Haymann

"Flaubert and Madame Bovary: A Double Portrait" by Francis Steegmuller

"Hermits: The Insights of Solitude" by Peter France

"Genius and Lust: A Journey through the Major Writings of Henry Miller" by Norman Mailer

"Ada" a novel by Vladimir Nabokov

"You Must Remember This" a novel by Joyce Carol Oates

"The Romantic Foundations of the American Renaissance" by Leon Chai

"The Jameses: A Family Narrative" biography by R.W.B. Lewis

"Arcadia" a novel by Lauren Groff

"John James Audubon: The Making Of An American" biography by Richard Rhodes

"The Web And The Rock" a novel by Thomas Wolfe

"The Human Stain" a novel by Philip Roth

"The Seven Storey Mountain: An Autobiography Of Faith" by Thomas Merton

"Nana" a novel by Emile Zola

"Ourselves To Know" a novel by John O'Hara

"The Bride and the Bachelors: Five Masters Of The Avant-Garde Duchamp, Tinguely, Cage, Rauschenberg, Cunningham" by Calvin Tomkins

"From The Terrace" a novel by John O'Hara

"The Art Of Burning Bridges: A Life Of John O'Hara" by Geoffrey Wolff

"The Middle Heart" a novel by Bette Bao Lord

"How to Write" by Gertrude Stein

"The Philosophy of Modern Art" by Herbert Read

"Look at the Harlequins!" a novel by Vladimir Nabokov

"A Clockwork Orange" a novel by Anthony Burgess

"V." a novel by Thomas Pynchon

"Them" a novel by Joyce Carol Oates

"An Area Of Darkness" by V.S. Naipaul (A classic of modern Indian travel)

"Lolita" a novel by Vladimir Nabokov

"Salammbo" a novel by Gustave Flaubert

"Boyhood: A Memoir" by J.M. Coetzee

"Nora: A Biography of Nora Joyce" by Brenda Maddox

"The Palm at the End of the Mind: Selected Poems and a Play" by Wallace Stevens Edited by Holly Stevens

"Yeats: The Man And The Masks" biography by Richard Ellmann

"Gone To New York: Adventures In The City" by Ian Frazier