It is in the flow of existence 1:57 PM Saturday afternoon. Outside this afternoon the sun is shining and there is evidence of blue sky.

I volunteered this morning at the Herrick District Public Library used books store from 10 o'clock AM till 1 o'clock PM. When I got home I found my wife putting photos in photo albums. My 20th Anniversary Edition of the novel, "Infinite Jest" by David Foster Wallace came in the mail today. When I got home from the book nook I ate lunch and cataloged the used books I got today. This morning before going to the library book nook I went back to the Holland Rescue Mission Giant Used Books Sale and found these used books to ADD to our library-

"A Dictionary Of Modern English Usage" by H. W. Fowler

"Vineland" a novel by Thomas Pynchon

"Sundog" a novel by Jim Harrison

"Another Life" The Final Burke Novel by Andrew Vachss

"A Diving Rock on the Hudson" a novel by Henry Roth

"A Pagan Place" a novel by Edna O'Brien

"The Hunters" a novel by James Salter

"The Missing Piece" a novel by Antoine Bello

"The Round House" a novel by Louise Erdrich

So the day goes by. I am tired so I will close. Existence keeps flying by. There is no way out.

Last night I mainly watched television with my wife and read "Bliss" a novel by Peter Carey and went to bed early.

At the library used books store today when not helping people I read, "The Missing Piece" a novel by Antoine Bello.

I have no plans for the rest of my life. I am waiting to go the new creation/Heaven. 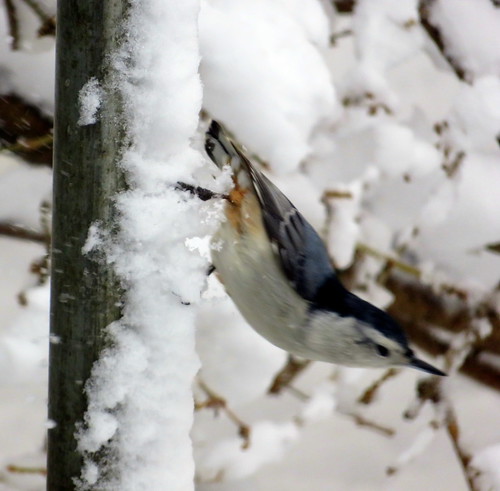 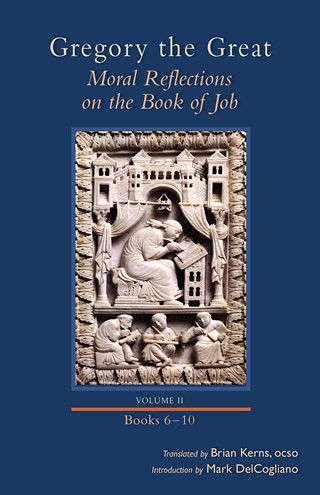 It is in the flow of existence 4:53 PM Saturday early evening. I was not going to write any more today due to being wasted. I sleep poorly when Carol is off. I am a light sleeper so if Carol moves during the night on her side of the bird I immediately wake up. So all night I am waking and trying to fall back to sleep when I sleep with my wife. If I take a nap during the day I wind up not able to fall asleep at all. So right now I am pretty tired.

The reason why I am writing is that this afternoon I finally received from Amazon a book I ordered awhile back titled, "Moral Reflections on the Book of Job" Volume 2 Books 6-10 by Gregory the Great [Translated by Brian Kerns, OCSO]. As I was flipping through this volume I came across something mentioned in a book I have been recently reading titled, "Falling Upward: A Spirituality for the Two Halves of Life" by Richard Rohr. I am going to first quote Rohr and then Gregory the Great (I am not implying by quoting Rohr that he is describing the same spiritual experience Gregory the Great is describing.)

"Some have called this principle of going down to go up a "spirituality of imperfection" or "the way of the wound." It has been affirmed in Christianity by St. Therese of Lisieux as her Little Way, by St. Francis as the way of poverty, and by Alcoholics Anonymous as the necessary first step. . ." pg. xxiv Introduction Richard Rohr

"XXV. 42. God wounds, but he also heals; he strikes, but his hand will cure. There are two ways in which almighty God wounds those whom he intends to lead back to safety. Sometimes he strikes at the flesh and causes the stubborn mind to relent for fear of him. Accordingly, he wounds his chosen ones and calls them back to safety; he afflicts them externally so that they may live an interior life. He also speaks to us through Moses. He tells us, I will kill and give life; I will strike down, and I will heal. He kills, you see, so that he may give life; he strikes down so that he may heal. He wields the whip externally precisely in order to cure the wounds of our sins. There are other times, however, when external trials seem to be an end while God inflicts internal wounds on us; yes, he strikes at the obstinacy of our minds by means of our desire for him, but it is a healing blow, since the dart of his fear pierces us and brings us back to a sense of righteousness.

Our hearts are really not in good health when they are not wounded by God's love, when they do not feel the harshness of exile, when they do not feel the least compassion for any weakness of their neighbor. They are wounded so that they may be healed. God pierces our unfeeling minds with darts of his love and soon renders them sensitive through the fire of his love. That is why the bride says in the Song of Songs, I am wounded by love. The soul was not in good health; she was laid prostrate by the blind security of her exile; she neither saw the Lord nor wanted to see him. She was, however, hit by the darts of his love; now she is deeply wounded by her condition of devotion and is on fire with desire for contemplation. In a wonderful way she who previously lay dead in security is now alive because wounded. She is agitated, she pants, and she now desires to see the one she used to avoid. Therefore, after being struck she is led back to safety, and she is called back to security and quieted internally by having her self-love thwarted.

When the wounded mind begins to pant for God, however, when she spurns all the allurements of this world and sets out for the heavenly fatherland in her desire, everything she formerly held pleasant and enticing in this world now becomes a trial to her. Those who formerly loved the sinner become cruel attackers in the sinner's virtuous life. Those who are right with God endure war from their own body, in which they formerly cultivated vices and lolled in pleasure. Their former pleasure return to their memory and afflict their opposing mind with stern battles. Nonetheless, although we are worn out with passing efforts, we are delivered from everlasting pain. . ."pg. 67,68 Gregory the Great

Sing the wondrous love of Jesus,
Sing His mercy and His grace.
In the mansions bright and blessèd
He’ll prepare for us a place.

When we all get to Heaven,
What a day of rejoicing that will be!
When we all see Jesus,
We’ll sing and shout the victory!

While we walk the pilgrim pathway,
Clouds will overspread the sky;
But when traveling days are over,
Not a shadow, not a sigh.

Let us then be true and faithful,
Trusting, serving every day;
Just one glimpse of Him in glory
Will the toils of life repay.

Onward to the prize before us!
Soon His beauty we’ll behold;
Soon the pearly gates will open;
We shall tread the streets of gold.

"[1] Let not your heart be troubled: ye believe in God, believe also in me.
[2] In my Father's house are many mansions: if it were not so, I would have told you. I go to prepare a place for you.
[3] And if I go and prepare a place for you, I will come again, and receive you unto myself; that where I am, there ye may be also." John 14:1-3
Collapse