I got up this morning around 6:15 AM. During the night a rain storm blew through. In my sleep heard rain and thunder overhead. So I got up made blueberry pancakes for breakfast and a cup of tea (I just made a pot of coffee.) After breakfast I cleaned the kitchen and wrote in my paper diary. Carol called around 8:30 AM. So has gone by existence. I do not know what I will do today to make this day extra special.

So what else can I share with the world. I do not know. I am tired. The world is so filled with sadness.

I will close to drink a cup of coffee and drift.

I found out this morning Margaret Carol weighed 7 lbs. and is 20 inches long. 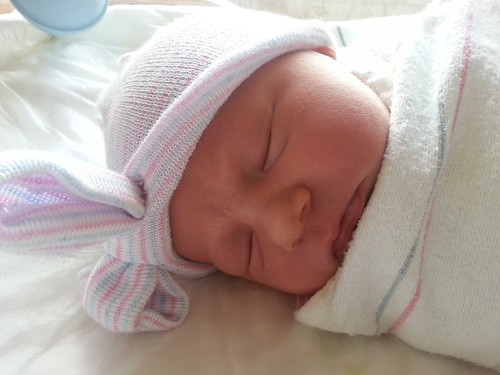 
Murder the day, ring in the night
As I unfold my death bed down on the muddy ground
This soil is tainted
Every seeping wound unattended - infected
From the toils of man and his damning hand
A king has only to fall...

Weakening legs are breaking down
Punished, diseased, taking it all...

Once we are freed, we'll starve again - instinctive mutation
Once we are bled, they'll start again - unnatural burden

Here in the garden
We know not what we do
Made to lie in pastures of filth
Left to die, guilty of nothing
If we were promised heaven
Then why are we in hell?

Murder the day, ring in the night
Screams slip through the door from the torture floor

Once we are freed, we'll starve again - instinctive mutation
Once we are bled, they'll start again - unnatural burden

It is in the flow of existence Thursday Eastern Standard Time 3:55 PM. I have had a quiet day listening to extreme metal music and writing in my paper diary. It rained and now the sun has come out.

I am not sure what I will do next to kill time. I am about to cook myself some food for supper. I will close to put away what I have written today. The Lord is good.

"[1] In the beginning was the Word, and the Word was with God, and the Word was God.
[2] The same was in the beginning with God.
[3] All things were made by him; and without him was not any thing made that was made.
[4] In him was life; and the life was the light of men.
[5] And the light shineth in darkness; and the darkness comprehended it not.
[6] There was a man sent from God, whose name was John.
[7] The same came for a witness, to bear witness of the Light, that all men through him might believe.
[8] He was not that Light, but was sent to bear witness of that Light.
[9] That was the true Light, which lighteth every man that cometh into the world.
[10] He was in the world, and the world was made by him, and the world knew him not.
[11] He came unto his own, and his own received him not.
[12] But as many as received him, to them gave he power to become the sons of God, even to them that believe on his name:
[13] Which were born, not of blood, nor of the will of the flesh, nor of the will of man, but of God.
[14] And the Word was made flesh, and dwelt among us, (and we beheld his glory, the glory as of the only begotten of the Father,) full of grace and truth.
[15] John bare witness of him, and cried, saying, This was he of whom I spake, He that cometh after me is preferred before me: for he was before me.
[16] And of his fulness have all we received, and grace for grace." John 1:1-16

Recently I noticed in our neighbors backyard a mushroom growing. Yesterday evening I took this photo of this mushroom. The following day in the morning I notice the mushroom had changed shape.

evening photo of this mushroom 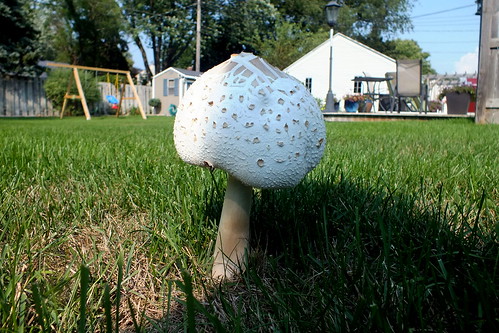 morning photo of this same mushroom 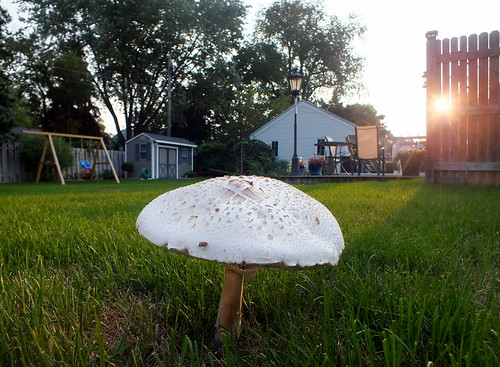 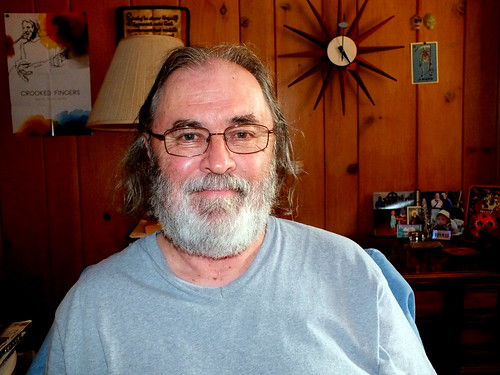