It's Written in the Stars
Do you believe in the concept of destiny or fate? Why or why not?
Reply 14
No I do not believe in fate. I believe divine providence. When I say I believe in divine providence I mean that I believe there is a Sovereign God who rules all things. I believe the Lord Jesus has a Plan for His creation/the cosmos. I believe that I have been called by grace to be apart of God's plan to bring in the New Creation. Things just don't happen by fate or luck. Everything that happens in creation or world history has a purpose. Everything, the good and the bad in the end bring about the will of God which is to bring in a New Creation.

"[28] And we know that all things work together for good to them that love God, to them who are the called according to his purpose.
[29] For whom he did foreknow, he also did predestinate to be conformed to the image of his Son, that he might be the firstborn among many brethren.
[30] Moreover whom he did predestinate, them he also called: and whom he called, them he also justified: and whom he justified, them he also glorified.
[31] What shall we then say to these things? If God be for us, who can be against us?
[32] He that spared not his own Son, but delivered him up for us all, how shall he not with him also freely give us all things?
[33] Who shall lay any thing to the charge of God's elect? It is God that justifieth.
[34] Who is he that condemneth? It is Christ that died, yea rather, that is risen again, who is even at the right hand of God, who also maketh intercession for us.
[35] Who shall separate us from the love of Christ? shall tribulation, or distress, or persecution, or famine, or nakedness, or peril, or sword?
[36] As it is written, For thy sake we are killed all the day long; we are accounted as sheep for the slaughter.
[37] Nay, in all these things we are more than conquerors through him that loved us.
[38] For I am persuaded, that neither death, nor life, nor angels, nor principalities, nor powers, nor things present, nor things to come,
[39] Nor height, nor depth, nor any other creature, shall be able to separate us from the love of God, which is in Christ Jesus our Lord." Romans 8:28-39 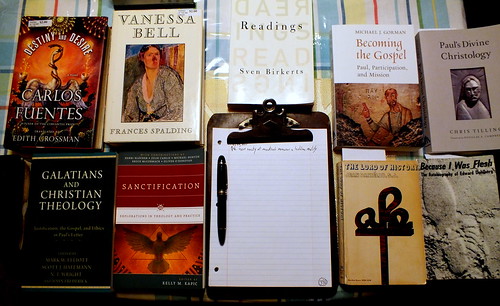 Some day the silver cord will break,
And I no more as now shall sing;
But oh, the joy when I shall wake
Within the palace of the King!

Some day my earthly house will fall,
I cannot tell how soon 'twill be;
But this I know—my All in All
Has now a place in heav'n for me.

Some day, when fades the golden sun
Beneath the rosy tinted west,
My blessed Lord will say, "Well done!"
And I shall enter into rest.

Some day: till then I'll watch and wait,
My lamp all trimmed and burning bright,
That when my Saviour ope's the gates,
My soul to him may take its flight.

It is 10:12 AM late Friday morning in the flow of salvation history. The Lord God reigns!

Outside this morning it is a sunny day. I just got back from getting gasoline for our lawn mower. I need to mow the lawn today. Carol left this morning with her sister-in-law to visit a family member who is dying from cancer. Carol's brother has cancer. Cancer seems to be everywhere these days. I am sure we have cancer due to all the chemicals in the air and in our processed food. We are all being poisoned by those who rule over us in spiritual Babylon.

I got up this morning around 6 o'clock AM. I had a typical morning. Nothing unusual happened this morning. I got up made a pot of coffee and then messed with our main computer. After messing with our main computer I wrote in my paper diary and then read till Carol got up from a book titled, "The Lord Of History: Reflections on the Inner Meaning of History" by Jean Danielou (Translated by Nigel Abercrombie). When Carol got up I made us oatmeal for breakfast. After breakfast I wrote some more in my paper diary and looked at a book titled, "Salvation On Sand Mountain: Snake Handling and Redemption in Southern Appalachia" by Dennis Covington.

Last night I mainly read in my main study from a book titled, "The Lord Of History" by Danielou. We went to bed early last night.

music Andy Stott 'Passed Me By'

When Carol gets back from visiting her family member we are going food gathering. Carol works the next couple of nights and now is the time to stock up on supplies before Memorial Day weekend.

Well not much else to report. Existence keeps speeding by. Please remember that on your death bed, that there is no way of escape. "And as it is appointed for men to die once, but after this the judgment" Hebrews 9:27. 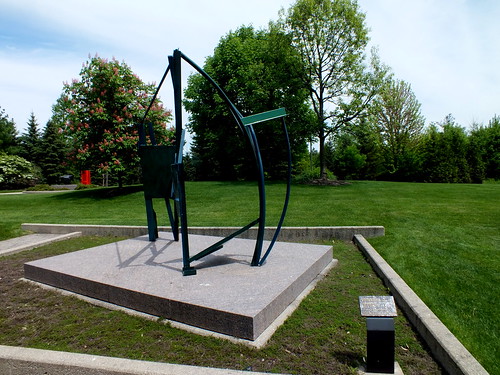 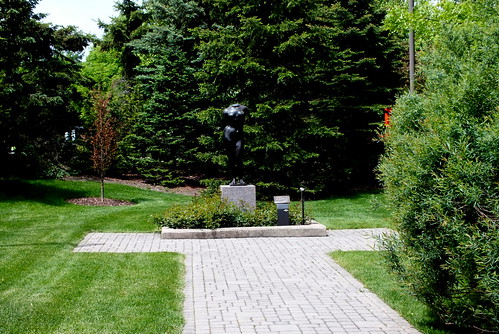 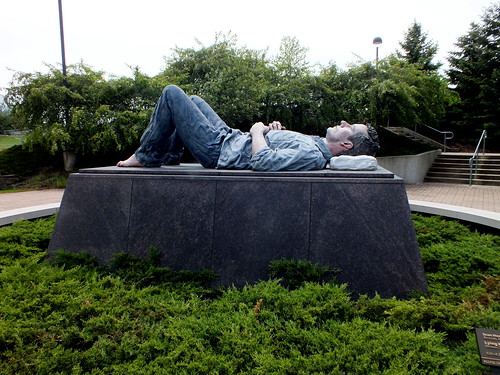 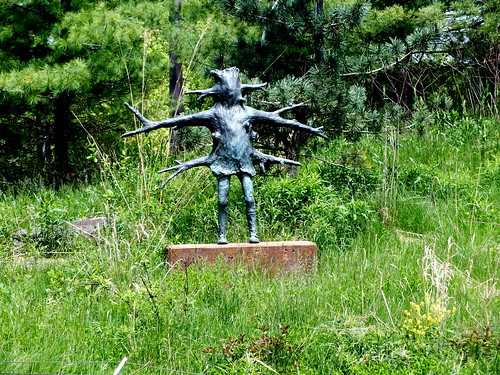 “Forcible transfers of populations are one of the most shocking symptoms of the cruelty of the modern world. We have seen Hitler’s Germany uprooting the Jews of Poland from their homeland, and removing them to concentration camps; Stalin’s Russia substituting Slav colonists for German natives in East Prussia; and Israel driving nearly a million Arabs out of their own villages to make room for Zionist immigrants. In every country nowadays there will be found colonies of exiles or refugees, whether from Lithuania, perhaps, or Armenia, or Russia, or elsewhere, living among-or rather, beside-the inhabitants of their temporary resting-place, reproducing in our own time the kaleidoscopic spectacle of the folk-migrations of antiquity.

These racial shifts appear new and strange to us only because they have begun to disrupt the superficial tranquility of a world whose people seemed to be settled, even embedded, in their peculiar habitations. But from a remoter point of view, as in the perspective of biblical ideas, the modern phenomenon is only an acute phase of the permanent instability of mankind; while the more inflexible structures of civilization are seen as a fragile top-crust, like the thin layer of solid lava on the surface of a volcano. The events of the present generation are symptomatic of the fundamental condition of fallen man, which is a state of dispersal. We have tried to regain the benefits of a homeland in the rigid mold of nation-states-the fractured appearing in the mold remind us that we are really stateless persons, sojourners: we rediscover no less than the basic truth about our life on earth, through these crimes of contemporary society.

In the Bible, as we have already seen, the fragmentation of mankind into nationalities is recognized as a feature of the condition of life under sin. It is described as a consequence of the particular sin of Babel. Hence, immediately, that ambivalent quality in the situation, which points to the inward mystery of the phenomenon of deportations.” pg. 59, 60 “The Lord of History” by Jean Danielou 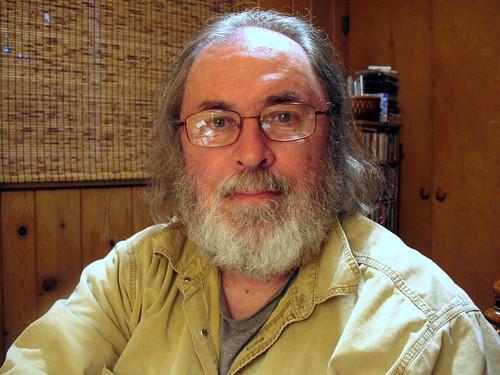 It is in the flow of time 5:41 PM Friday evening. Another day has gone by without my permission. I take comfort in knowing all my days are in the hands of the Lord Jesus Christ. I am In Christ Jesus and Christ Jesus is in me. What I am referring to is the doctrine of mystical union with the Lord Jesus Christ. I live because the Lord Jesus Christ lives. I am experiencing the life of God as I drift through my middle class American existence. I am not living like an animal. I am living as a child of God. "Beloved, now we are children of God; and it has not yet been revealed what we shall be, but we know that when He is revealed, we shall be like Him, for we shall see Him as He is. And everyone who has this hope in Him purifies himself, just as He is pure" First John 3:2,3.

Late this morning I mowed our lawn. When I was done mowing the lawn Carol was home from visiting a family member who has cancer. We left around 12:30 PM to go grocery shopping. Carol and I thank the Lord for all His material and spiritual blessings. Carol and I know it is the Lord who provides for us in this Wasteland.

We got home from food gathering around 2:30 PM. Carol went to bed to sleep till it is time for her to get up and get ready for work. I have been reading my books and writing in my diary. I received in the mail today two books I had ordered-

I have been mainly reading these days from a book titled, “The Lord Of History: Reflections on the Inner Meaning of History” by Jean Danielou.

I have no plans for the evening hours. I will read my books and go to bed my normal time. Tomorrow is a Saturday, I volunteer at the Herrick District Public Library used books store from 10 AM till 1 PM.

Well I will close to face existence in the power of God the Holy Spirit.

This evening I went through my library and dug out the books I have by Michael J. Gorman. One of my favorite books was written by Michael J. Gorman and is titled, "Cruciformity: Paul's Narrative Spirituality of the Cross". After I read this book by Gorman I read his next book which is titled, "Apostle Of The Crucified Lord: A Theological Introduction To Paul & His Letters". The next book I read by Gorman is also one of my favorite books and is titled, "Inhabiting the Cruciform God: Kenosis, Justification, and Theosis in Paul's Narrative Soteriology".

I am still reading Gorman's book, "The Death of the Messiah and the Birth of the New Covenant: A (Not So) New Model of the Atonement". And yesterday I bought Michael J. Gorman's new book which is titled, "Becoming the Gospel: Paul, Participation, and Mission".

I got out to look at this evening a book titled, "Making Room: Recovering Hospitality as a Christian Traditon" by Christine D. Pohl. Last year I bought a book titled, "Loving the Poor, Saving the Rich: Wealth, Poverty, and Early Christian Formation" by Helen Rhee.

"For ye know the grace of our Lord Jesus Christ, that, though he was rich, yet for your sakes he became poor, that ye through his poverty might be rich." Second Corinthians 8:9 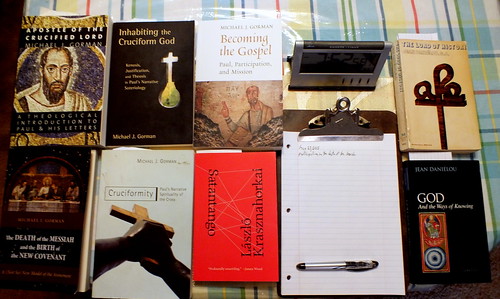