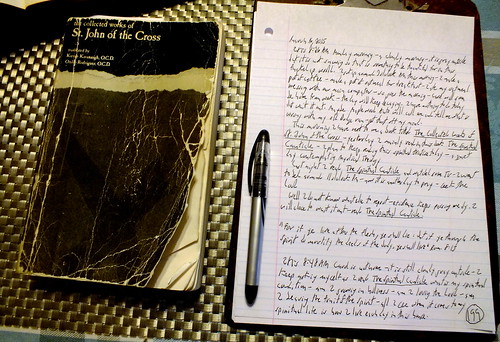 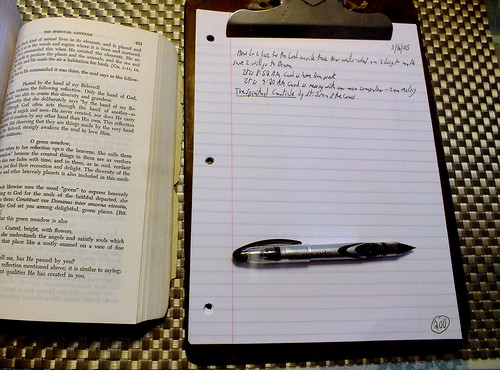 It is 1:28 PM Monday afternoon in the divine flow of time. Soon time will be no more. For some time is running out. The day of grace could come to an end soon for many. Now is the day of salvation. We can't count on tomorrow to repent and believe the Gospel of Christ.

It is 57 degrees today and the sun is shining. The snow is melting and the birds are singing. Spring is coming soon.

I got up this morning around 7 o'clock AM. A weird dream drove me out of bed. In this dream all I can recall is that I was suppose to board a ship but miss it. I wanted to get on this ship and it seemed impossible. So I got up made myself a pot of coffee and then made myself a bowl of oatmeal for breakfast. I ate my oatmeal while messing with our main computer.

Next I wrote in my paper diary and read "The Spiritual" Canticle" by St. John of the Cross. Carol got home from work around 9 o'clock AM. She went to bed around 10 o'clock AM.

I left the house around 11 o'clock AM to visit our Edwards Jones office and then to visit thrift stores. I found these used books this morning at thrift stores-

"Diary" a novel by Chuck Palahniuk

"Green Thoughts: A Writer In The Garden" by Eleanor Perenyi

"The Antelope Wife" a novel by Louise Erdrich

"Tropical Classical: Essays From Several Directions" by Pico Iyer (I have two other books by Iyer in our library, "Falling off the Map: Some Lonely Places Of The World" and "The Lady And The Monk: Four Seasons In Kyoto".)

"A Traveler's Guide to Celtic Britain" by Dr. Anne Ross with photographs by Michael Cyprien

After visiting thrift stores I came home to eat lunch and drift through the rest of the day. Not much else to report right now.

"2. We can deduce that in this matter of love there exist three ways of suffering for the Beloved corresponding to three kinds of knowledge of him.

The first is called a wound. It is the mildest and heals the most quickly, as does a wound. This wound arises from the knowledge the soul receives from creatures, the lowest of God's works. The bride of the Song of Songs refers to this wound, which we also call sickness, saying: Adjuro vos, filiae Jerusalem, si inveneritis dilectum meum ut nuntietis ei quia amore langueo (I adjure you, daughters of Jerusalem, if you find my Beloved that you tell him I am sick with love) [Sg. 5:8]. By "the daughters of Jerusalem" she refers to creatures.

3. The second is called a sore wound and cuts more deeply into the soul than the simple wound. As a result it is longer-lasting because it is like a wound that has now become sore, from which she feels she is indeed sorely wounded by love. This sore wound is produced in the soul by knowledge of the Incarnation of the Word and the mysteries of faith. Since these are more remarkable works of God, embodying in themselves a greater love than that shown forth in creatures, they produce in the soul a more intense love. Thus, if the first is like a wound, this second is like a sore wound, which lasts longer. Speaking of this to the soul in the Song of Songs, the Bridegroom says: You have wounded my heart, my sister, with one of your eyes and with one hair of your neck [Sg. 4:9]. The "eye" refers to faith in the Incarnation of the Bridegroom, and the "hair" signifies love for this very Incarnation.

4. The third kind of suffering of love is like dying. It is equivalent to having a festered wound, since the soul is now like a wound wholly festered. She lives by dying until love, in killing her, makes her live the life of love, transforming her in love. This death of love is caused in the soul by means of a touch of supreme knowledge of the divinity, the "I-don't-know-what" that she says lies behind their stammering. This touch is not continual or prolonged, for if it were the soul would be loosed from the body. It passes quickly, and she is left dying of love. And she dies the more in realizing that she does not wholly die of love.[1]

This love is called impatient love. Genesis points to it in telling that Rachel's longing to conceive was so intense that she pleaded with her spouse Jacob: Da mihi liberos, alioquin moriar (Give me children, otherwise I will die) [Gn. 30:1]. And the prophet Job exclaimed: Quis mihi det ut qui coepit, ipse me conterat (Who will grant that he who gave me a beginning might destroy me?) [Jb. 6:8-9].

5. The soul says in this stanza that these rational creatures cause two kinds of suffering of love in her, the sore wound and death; the sore wound because, as she asserts, they relate a thousand graces of the Beloved in their teaching about both the mysteries of faith and the wisdom of God; death, from what, as she says, lies "behind their stammering": the feeling and knowledge of the divinity sometimes unveiled in what she hears about God." St. John of the Cross "The Spiritual Canticle"

It is in the flow 7:51 PM Monday night. It is 64 degrees outside this evening. My wife just left for work. After tonight she is off three nights from work. I wish my wife did not have to work. But she can not retire she is 65 years old. Presently my wife is 62 years old. I will be 63 years old this coming August.

Right now I am visiting Africa and listening to music. Here is a list of CD’s I am listening to this evening-

Old Man Gloom ‘The Ape Of God I’

I had a normal afternoon reading Mystical Theology. Carol got up early this afternoon, she got up around 4:30 PM. It is going to be a long night at work for my wife. My wife amazes me in that she can stay awake 14 hours a day. I need to sleep at least seven hours at night in order to function somewhat normally.

I read this evening some more of the novel “Bliss” by Peter Carey. I read while Carol skyped our daughter Bethany and our granddaughter Louisa Mae. Lou is now 1 years old. I wish I could remember when I turned one years old. I think when I was one years old my mother and I were living in Oakland California. I never knew my father. I really never had throughout my life a father figure. God is my Father.

I got out to read this evening a used book I bought today titled, “Tropical Classical: Essays From Several Directions” by Pico Iyer.

I am not in the mood to watch television these days. I rather read my books or listen to music.

Tomorrow is a Tuesday. I have nothing to do tomorrow life transforming. I am on the Narrow Way.

Well I suppose I will close to sit in the dark and listen to noise rock. Existence keeps speeding by! 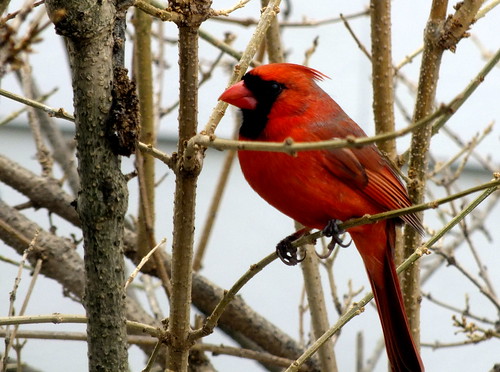 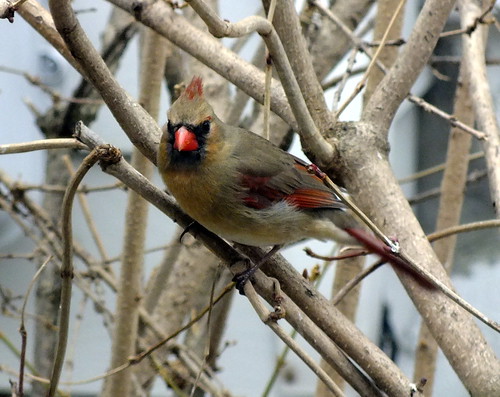 an interview with Lightning Bolt
http://www.tinymixtapes.com/features/brian-gibson-lightning-bolt