I wrote, posted, and deleted an update yesterday evening. It’s a little complicated. But I decided finally to post it anyway.

Here’s what I wrote yesterday (ending with the ☠):

"Today we spent some time in Neukölln, South and East of Kreuzberg. We witnessed some of the results of gentrification, as we found the density of the ethnic community that we remembered from five years ago in Kreuzberg had relocated to this community."

"In Neulkölln, we met The Jazz Man, a Christian man Kate met online who moved to Germany from the States to live as a missionary here. He shared more with us about gentrification in Berlin, and how what we had witnessed in our visits to Kreuzberg was also happening in Neukölln, and all over Berlin. Slowly but surely, Turkish immigrants are being forced out of their neighbourhoods and moving East and South."

"The whole scenario got me thinking about the intentions and consequences of the lives our family hoped to live, of the life The Jazz Man hoped to live. It reminded me of the arrogance of Christian missionary colonialism, and worse. People already on the challenged end of survival are being robbed of their opportunity to put down roots and make a life here. Our hope is to come to Berlin and actually be part of the resistance movements that are trying to halt these very political and cultural powers that are forcing these changes."

"Today I am aware that for our family to make any positive difference, we will need to go beyond whatever amount of action necessary to reverse the potential damage done by our very presence."

"I do not have the answers to these difficulties, but of them I am very well aware tonight, and some plan of action on our part will certainly be necessary before we make any move forward."
☠
So, there it is.

In activism and in ministry we ought to often question our motives for participation in any organizing or action, as well as the potential results. Quite often, white, North American, heterosexual, cisgender, Christian folk like my family and I can find ourselves doing at least as much harm as good by getting involved in advocacy for those with less privilege. (Worse still is charity - as the word is popularly used, not the biblical definition - but that doesn’t apply to us since we have no interest in it.)

Why do we want to move to Germany? How much of this is for our own benefit over those with whom we wish to build community?

One thing foremost on my mind is my children. One of our highest goals is to raise children who are aware of and experienced in active organizing, community building, and resistance to oppression and injustice. We want this to be real and normal for them, because it is real and it is normal. We want to set them up to be young adults with over a decade’s experience, who can mentor others their age or older in radical, egalitarian, just thought and practice.

All of this is central to our belief in Christ, and our desire to raise our children in the practice of their theology as radically and actively just, humble, and loving. To us, life lived among the poor and marginalized, in active, shared resistance against oppression is the most clear way to demonstrate our faith for our children, and the best way to introduce our children to who Jesus is, and what Jesus is like.

Jesus was a man born into the middle of great political turmoil, less than a generation before the radicals of his day finally did create an eruption into full revolution against the occupying, colonizing empire of his day. He had at least one radical among his disciples (Simon the Zealot), and was executed as an insurrectionist between two insurrectionists.

So, we see Jesus in Køpi, and in the anarchy shop, and in the demonstration yesterday in Berlin against Germany’s unjust law against a Kurdish Labour Party, that in practice has allowed the government to keep this particular group of people under their thumb, based on their ethnicity, even if they have nothing to do with the party.

To live out our faith as Christians makes so much more sense if done in the context of these communities then it does holding hands with the dominant political powers as we Christians often do. The New Testament was written to people like the squatters in Køpi, to people very much like the scattered and rootless Turkish immigrants who are being gentrified out of their neighbourhoods and frustrated at every turn from participating in the mainstream. Theirs look like the lives of the early Christians far more then mine, sitting comfortably in a hostel lobby using free wifi on a tablet built by slaves.

But it isn’t about my kids alone, or my family, or me. It isn’t even necessarily about results. It’s about what’s right. What is the life that best honours God, loves our neighbour, loves our enemy, loves mercy, walks humbly, does justly? This is what we want to discern. This is why we are here. These are the questions that we are asking as we try to see if our future is to be here.

It is 10:50 AM Tuesday morning. This morning the wind is howling and it is 10 degrees outside. It is icy cold. A good day to built a fire and seek to stay warm. The best way to stay warm is to have hot sex.

I got up around 6 o'clock AM this morning. I drank old coffee this morning instead of making a fresh pot. Why waste coffee. Coffee beans are expensive. So I got a cup of coffee and messed with our main computer. After messing with our main computer I cooked myself some oatmeal for breakfast. I suppose one could live on oatmeal. After breakfast I wrote in my paper diary. Carol called around 8:45 AM to tell me she was ready to come home. She is now off three night from work.

After Carol went to bed I cleaned the kitchen and fed the birds. I have been wandering the house and decided before I fall asleep I would write in my blogs.

I read this morning some of the book, "Commentary On Hebrews" [Biblical Theology For Christian Proclamation] by Thomas R. Schreiner. I am really too wasted to read something heavy this morning so I put away this book and decided to stare into space.

Last night I read and watched television. I went to bed around 11:05 PM and now it is another day to listen to the winter winds howl across the American Wasteland.

"Thinking The Twentieth Century" by Tony Judt with Timothy Snyder

Well more could be written but I am too wasted. There is always the next time to break a code of silence. 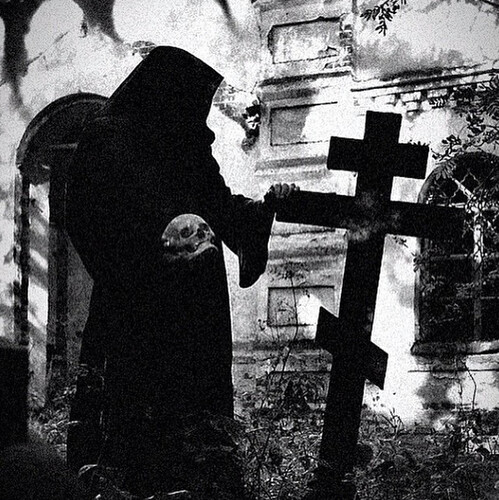 It is 5:36 PM Tuesday evening in the ice snow flow. Another day has gone down in the history books. It was a normal day for me. Right now Carol is skyping Beth and Louisa. I have been moving myself around in circles to keep myself awake. I did go outside and shovel some snow and throw out some more cracked corn for the birds. During the night we have rabbits come out to eat the remains under our bird feeder.

Carol got up around 3 o'clock PM this afternoon.

"The Austrian Mind: An Intellectual and Social History 1848-1938" by William M. Johnston

"Girl In A Band" A Memoir by Kim Gordon

"We Believe in the Crucified and Risen Lord" Volume 3 [Ancient Christian Doctrine] Edited By Mark J. Edwards ( I have in my library Edwards book "Neoplatonic Saints".)

I basically read off and on today a book titled, "The Deluge: The Great War, America And The Remaking Of The Global Order, 1916-1931" by Adam Tooze.

I plan to go to bed early tonight. I am weary. Tomorrow is a Wednesday. Existence keeps on flowing by like an iceberg.
Collapse