It is 9:22 AM Sunday morning in the flow of existence. I got up this morning around 7:25 AM. I had a dream last night where I was stoned on LSD, which was a wild trip! So I got up made a pot of coffee and then messed with our main computer. After messing with our main computer I decided to make myself a pot of oatmeal. As I was making oatmeal Carol came home from work. So has gone by existence. My wife just went to bed. She is off tonight from work and told me she will be up at 3:30 PM this afternoon. She will go to Covenant PCA tonight. Existence keeps speeding by.

Right now I am sitting in my main study writing on my old lap top because our main computer is acting weird these days. I am tempted to go get a new computer today and put our old computer in the garbage. We are waiting to see what our oldest son Caleb says about our main computer when they visit this month. Our oldest son's job requires him to use a computer all the time, so he knows a lot about computers.

I could use my newest lap top, but it needs a mouse. Also I like using this old lap top once in awhile.

I have nothing to do today but wait for music. Last night I watched college football and went to bed around 11 o'clock PM.

I do not know if I will read anything this morning since I feel wasted. I did get out to read two Bibles and a book titled, "Salvation Applied By The Spirit: Union with Christ" by Robert A. Peterson.

I do not remember what I read last night. I think I watched college football yesterday. I read old issues of the New Yorker magazine yesterday.

Well I suppose I will close to drift and write in my paper diary. There is no way out.

"On The Road: The Original Scroll" by Jack Kerouac (Penguin Classics Deluxe Edition paperback) "The legendary first draft-rougher, wilder, and racier than the 1957 edition"

"The Voice Is All: The Lonely Victory Of Jack Kerouac" biography by Joyce Johnson

"On the Road" by Jack Kerouac (50th Anniversary Edition hardback)

"On The Road: The Original Scroll" by Jack Kerouac (Viking hardback edition)

"Wake Up: A Life of the Buddha" by Jack Kerouac (Viking hardback)

"And The Hippos Were Boiled In Their Tanks" A Novel by Jack Kerouac & William S. Burroughs (Grove Press hardback)

"The Poetry And Life Of Allen Ginsberg: A Narrative Poem" by Edward Sanders

"American Scream: Allen Ginsberg's Howl And The Making Of The Beat Generation" by Jonah Raskin

"The Symbolist Movement In Literature" by Arthur Symons

"What Happened To Kerouac?" an investigation of the king of the beat generation DVD

It is now in the flow 4:41 PM early Sunday evening. I was another super quiet day for me. I did not go anywhere today. I did go out in our backyard and rake some leaves for fun. Since we have had dry weather lately I have been filling up our containers used to haul away plant materials with dead leaves. These containers will not be emptied till Spring, because at the end of November they stop coming around to empty our plant refuse container (we pay for this weekly service).

I mainly read today "The Patrick Melrose Novels" by Edward St. Aubyn-when I got this volume out I noticed I had not finished St. Aubyn's novel "Bad News," so I finished reading it today and started reading the next novel titled, "Some Hope". The novels are not long, so they can be read over a short period of time. Time is one thing I have a lot of in this perishing world.

I also read today some more of the novel "Shark" by Will Self.

Carol got up around 3:45 PM today and plans to go to church tonight. I plan to go to bed early tonight. I did not watch any professional football today. I am tired.

I forgot to mention that last night I ordered a book titled, "God Has Spoken: A History of Christian Theology" by Gerald Bray. I have in our library several books by Gerald Bray.

Well, I will close to drift. I am out of it these days. I just like to sit waiting for time to come to a close. (When I write my journal entries I find it difficult to make myself understood-to write in plain simple English sentences.) 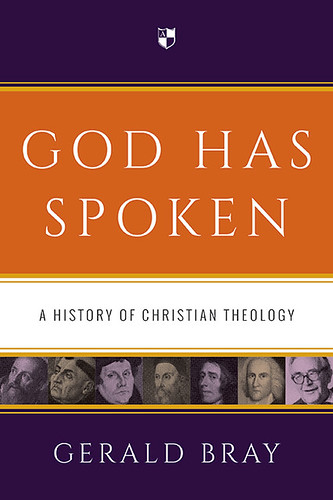