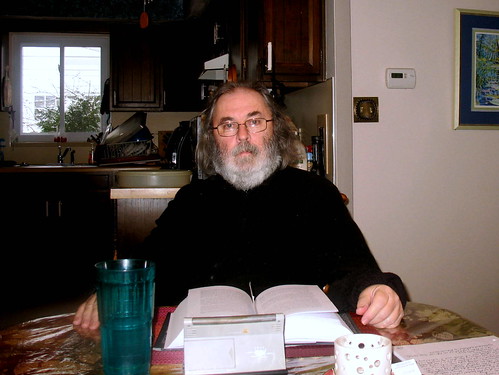 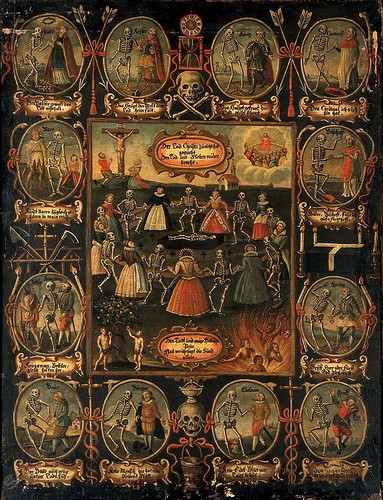 It is in the flow of my personal history 9 o'clock AM Wednesday morning. I am down in the lower level writing on one of my two lap top computers. I remember years ago when we bought our first computer how need it would be to have such a wonderful writing machine. I wish there were lap top computers when I was in college and seminary. When I was in college and seminary I wrote my school papers with a typewriter (I still have two typewriters stored away upstairs. I tried awhile back writing on one of our typewriters and it was impossible. I remember many years having a girlfriend that had a IBM electric typewriter, which was cool!)

I got up this morning around 5:30 AM. I got up made a pot of coffee and then messed with our main computer (I am seriously thinking of buying us a new computer since our main computer is super slow these days. I am waiting to see what our oldest son Caleb Jon thinks about getting a new computer when he visits us with his wife Emily and baby daughter Josephine over the Christ Mass holy days. Caleb's job requires him to have a functioning high speed computer.)

After messing with our main computer I made a pot of oatmeal for my wife and I. This morning Carol is making peanut brittle to give away/Christ Mass time gifts. After breakfast I wrote in my paper diary and have been reading an essay titled, Faust's Damnation: The Morality of Knowledge found in a book titled, "The Artist's Journey Into The Interior and other essays" by Erich Heller. I got out this book by Heller because in the book "What Ever Happened To Modernism?" by Gabriel Josipovici, he mentions Heller's book "The Disinherited Mind: Essays In Modern German Literature And Thought" which we have in our library. I got out these books by Heller this morning along with one of my favorite books titled, "The Mind of the European Romantics" by H.G. Schenk.

I have nothing to do today, but wait it out. Outside this morning it is very cold, but it is not snowing. Existence will go by no matter what I do or say.

Well I will close to read my books and drift.

"Dr. Faustus-is he damned or is he saved? Who would not suspect that the question has been emptied of meaning? Can we, from within our secular sensibilities, make sense of these words at all? Are they more than sonorous echoes from outlived theological solemnities, vibrating with a vague promise or a not so vague intimidation? Where there is now talk of hell-fire, what comes to mind with banal inevitability-for the gods strike those whom they wish to destroy with the sense of the occasions's banality-is, of course, not an eternity of the soul's torment but that thing to end all things, the stale, murderous, unthinkable, unspeakable, banal thing, the Bomb, which, whether or not it will do its work, has done its work already: its very existence frustrates the spirit, its very contemplation corrupts the mind. Indeed, the Bomb does readily comes to mind-yet, alas, not quite so readily that which has made it possible: the wings of the eagle that Dr. Faustus took upon himself in order to search out the uttermost parts of heaven and earth, and the innermost parts of life and matter, and to bring them within the reach of man's ever-blundering power, untutored helplessness, and mortal folly. Man, a creature that, upon the irrefutable evidence of his history, cannot control himself, in control of all life on earth: the Faustian Leonardo da Vinci had an inkling of this scientific Hell when he feared to make known his discovery of how to stay under water for long stretches of time, and decided to keep it to himself because men would only use it for making machines with which to carry their wicked designs into the seas.

Yet such timely reflections are still no answer to our question: Is the alternative of salvation or damnation still meaningful? Indeed, the atomic Armageddon would not bring home-home?-the ancient meaning of damnation. It would be, on the contrary, the consummation of absolute meaninglessness-of a meaninglessness which may have acquired demonic properties on its journey from the laboratories of science to the arsenals of power; but if so, then this demonic acquisition could not affect the proud theological meaninglessness of the scientific "truths" in whose pursuit the demons were begotten. For Dr. Faustus, once bitten, soon discovered means with which to overcome any theological shyness: in the war between Heaven and Hell he declared himself a neutral and claimed that the works of his mind were supremely irrelevant to the theological status and destiny of man's soul. He became the "objective observer" of creation and finally of himself. But the genius of invention that possessed him played him a trick. In the long run he willynilly became the inventor of a new kind of Hell: of the dull inferno of a world without meaning for the soul, a world ruthlessly examined by the detached mind and confusedly suffered by the useless passions. If once Dr. Faustus had sold his soul to the Devil for the promise of success in his search for Truth, he now tried to annul the bargain by turning scientist and insisting that in his role as a searcher for Truth he had no soul. Yet the Devil was not to be cheated. When the hour come, he proved that this search, conducted behind the back of the soul, had led to a Truth that was Hell." pg. 16-18 Erich Heller essay Faust's Damnation

It is 3:52 PM Wednesday afternoon. Today we had lots of cold wind and sunshine. You will notice in the photos below the snow has mostly melted. Right now I do not know when we are suppose to get snow again. I took pictures from our front door so one can see the blue skies and clouds. I should have gone for a long walk in the country today instead of sitting around reading my books and daydreaming.

Well I will close to face the coming darkness.

I suppose I should mention this morning Carol and I left the house to do some errands. While we were out and about we stopped at a thrift store so I could look at their used books. I found one used book to add to our book collection titled, "Previous Convictions: A Journey Through The 1950's" a memoir by Nora Sayre former film critic for The New York Times and writer. I have been reading this memoir this afternoon which much enjoyment/intellectual enjoyment.

looking out our front door this afternoon 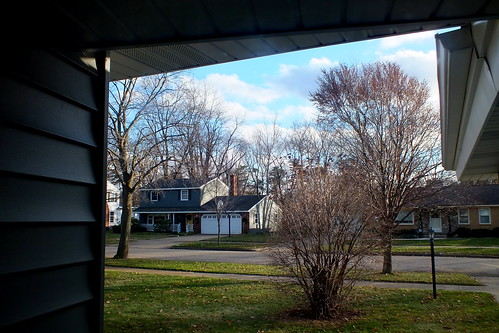 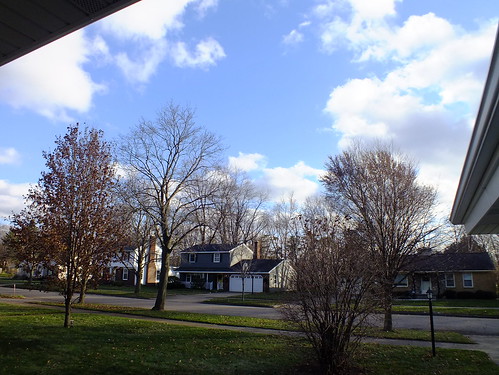 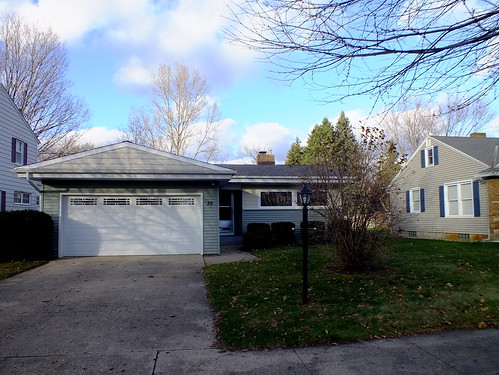 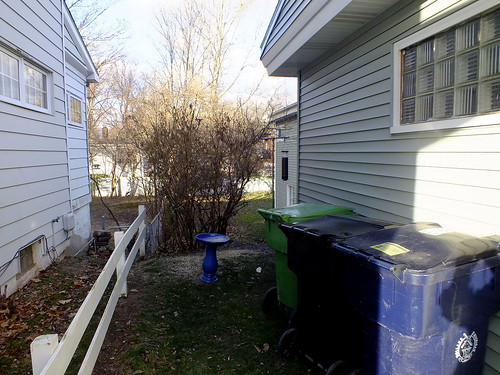