It is 8:52 AM Friday morning. It is 20 degrees outside but there is evidence of sunshine and patches of blue sky. There is still hope that in the end it will be alright.

Carol left a few minutes to walk Rudy downtown. Downtown Holland heats it sidewalks so there is no ice to slip on. Carol can't walk most places because of snow and ice on sidewalks and trails. Carol can't stand still, she needs to keep moving. The whole American capitalistic system is moving at a fast rate of decay.

I got up this morning around 7:10 AM. Carol had gotten up around 4 o'clock AM this morning. When I got up coffee was already made so that task was accomplished. I got myself a cup of coffee and messed with our main computer. Carol made oatmeal for breakfast. After breakfast I wrote in my paper diary and then fed the birds. I also took out the garbage since today is garbage day.

I asked Carol to drive me to thrift stores this morning. The day will go by.

I started reading last night a New Testament commentary, "The Second Letter To The Corinthians" by Mark A. Seifrid [The Pillar New Testament Commentary].

I watched television with Carol and went to bed around 11 o'clock PM. I read the novel "Shark" by Will Self till I got sleepy. Now it is another day in my life.

Well I will close to feel anxious. I need to feel safe in the arms of the Lord Jesus Christ. Perfect love cast out fear.

"[1] Unto the angel of the church of Ephesus write; These things saith he that holdeth the seven stars in his right hand, who walketh in the midst of the seven golden candlesticks;
[2] I know thy works, and thy labour, and thy patience, and how thou canst not bear them which are evil: and thou hast tried them which say they are apostles, and are not, and hast found them liars:
[3] And hast borne, and hast patience, and for my name's sake hast laboured, and hast not fainted.
[4] Nevertheless I have somewhat against thee, because thou hast left thy first love.
[5] Remember therefore from whence thou art fallen, and repent, and do the first works; or else I will come unto thee quickly, and will remove thy candlestick out of his place, except thou repent.
[6] But this thou hast, that thou hatest the deeds of the Nicolaitans, which I also hate.
[7] He that hath an ear, let him hear what the Spirit saith unto the churches; To him that overcometh will I give to eat of the tree of life, which is in the midst of the paradise of God." Rev. 2:1-7

It is now in the flow 1:04 PM Friday afternoon. Carol and I visited thrift stores this morning. I found these used books to add to our library-

"The Conquerors" a novel by Andre Malraux [Translated By Stephen Becker]

"The Portable D. H. Lawrence" Selected and with an Introduction by Diana Trilling

"The Counterlife" a novel by Philip Roth

"The Book of Disquiet" by Fernando Pessoa

"Hello To The Cannibals" a novel by Richard Bausch

"Michelangelo and the Reinvention of the Human Body" by James Hall

The sun is shining still in the blue sky. It is bitter cold though even though the sun is shining. I thought about walking someplace out in the country, but the snow might be too deep for walking.

I do not remember if I read anything this morning before we left to visit thrift stores. I did get out to read "The Second Letter To The Corinthians" by Mark A. Seifrid [The Pillar New Testament Commentary] this morning, but never got into it. Awhile back I read Seifrid's book, "Christ, our Righteousness: Paul's theology of justification" [New Studies In Biblical Theology].

Well I suppose I will close to drift through the day. There is no way out.

"[16] Therefore it is of faith, that it might be by grace; to the end the promise might be sure to all the seed; not to that only which is of the law, but to that also which is of the faith of Abraham; who is the father of us all,
[17] (As it is written, I have made thee a father of many nations,) before him whom he believed, even God, who quickeneth the dead, and calleth those things which be not as though they were.
[18] Who against hope believed in hope, that he might become the father of many nations; according to that which was spoken, So shall thy seed be.
[19] And being not weak in faith, he considered not his own body now dead, when he was about an hundred years old, neither yet the deadness of Sara's womb:
[20] He staggered not at the promise of God through unbelief; but was strong in faith, giving glory to God;
[21] And being fully persuaded that, what he had promised, he was able also to perform.
[22] And therefore it was imputed to him for righteousness.
[23] Now it was not written for his sake alone, that it was imputed to him;
[24] But for us also, to whom it shall be imputed, if we believe on him that raised up Jesus our Lord from the dead;
[25] Who was delivered for our offences, and was raised again for our justification." Romans 4:16-25

It is in the flow 3:43 PM Friday evening. I see the sun still in the cold winter sky this evening. I have been listening to music and reading a commentary on The Second Letter to the Corinthians.

Carol left me to visit a friend who just moved into a new apartment.

I thought about going someplace, but I do not like the house this late in the day. There is always tomorrow or next week to go someplace. Tomorrow I volunteer at the Herrick Public Library used books store from 10 AM till 1 PM. I might watch college football games tomorrow if I am in the mood. Soon college football will be over for another year.

I do not know what we will do tonight. I am sure Carol will go to bed early since she has been up since 4:10 AM. I have been up since 7:10 AM this morning. It is too late in the day to take a nap. It is getting that time of day I put away my books and my paper diary and go into the night hours. I am not sure if it is a good time to go to Africa.

Our daughter Beth called to tell us little Louisa is sick again. Louisa has been sick a lot lately. Our hearts go out to our children and their children. It must be very painful to lose a child or a grandchild by death. I am thankful our children reached adulthood.

My mother died when she was 36 years old December 1968. I never knew my father. I wonder how long my father lived. I am amazed I have lived to be 62 years old! Growing old is weird.

I suppose I will close to drift into the darkness.

"[3] But if our gospel be hid, it is hid to them that are lost:
[4] In whom the god of this world hath blinded the minds of them which believe not, lest the light of the glorious gospel of Christ, who is the image of God, should shine unto them.
[5] For we preach not ourselves, but Christ Jesus the Lord; and ourselves your servants for Jesus' sake.
[6] For God, who commanded the light to shine out of darkness, hath shined in our hearts, to give the light of the knowledge of the glory of God in the face of Jesus Christ." Second Corinthians 4:3-6

It is 4:23 PM Friday afternoon. I thought I would explain why I bought the used books I bought today at thrift stores since I enjoy talking about books and writers.

I bought the used novel, "Hello To The Cannibals" by Richard Bausch, because I have another novel by Bausch titled, "Peace". I have not read any of Bausch's writings, but they all look interesting and worthy of reading.

I bought used, "The Portable D. H. Lawrence" Selected and with an Introduction by Diana Trilling because this edition was a nice hardback with a slipcover whereas the one I have already is an old paperback edition given to me by our son Josiah. I also collect the writings/poetry of D. H. Lawrence. I collect also any books dealing with D. H. Lawrence like his life or literary studies.

I bought today used, "The Counterlife" a novel by Philip Roth because this was a nice hardback with slip cover whereas the copy I have already was an old paperback edition. I collect the writings of Roth also.

I bought used, "The Book of Disquiet" paperback by Fernando Pessoa because it is one of my favorite books. I already have this book in our library; I bought this one because I might sell it someday or give it away.

I bought also today used a novel paperback by Haruki Murakami "Hard-Boiled Wonderland And The End Of The World" to sell or give away. I had already this novel my Murakami in our book collection. I also collect Murakami's writings.

I bought used "Coal: A Human History" by Barbara Freese, because the book looked interesting.

The book "Andre Gide" a literary study by Jean Hytier I bought because I collect books by Gide and about his writings/biography etc. . . I recently bought used a book by Gide titled, "Corydon."

I bought used today at Salvation Army thrift store a paperback titled, "Writers on Writings: Collected Essays from The New York Times" because I am always looking for used books on writers on writing. I like to read stuff on why writers write and what they read/favorite books etc. . .

The reason why I bought used book, "The Friendship: Wordsworth & Coleridge" by Adam Sisman is because I enjoy Romantic poetry/I like to read about the lives of Poets.

I bought at Goodwill used the book, "Michelangelo The Reinvention Of The Human Body" by James Hall is because I am always looking for good used Art History books.

Well, these are some of the reasons why I buy certain used books. 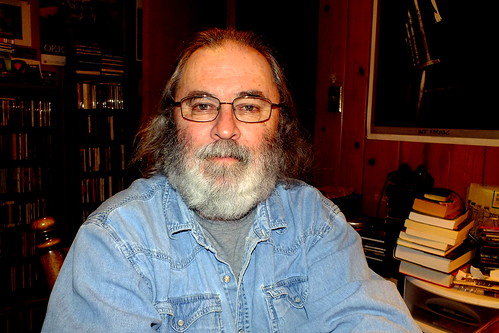