It is in the flow of my life 8:12 AM Thursday morning. A cold dark day here in West Michigan. One can feel the approaching of winter this morning. We are suppose to get a mix of snow and rain today and tomorrow. I do not look forward to long snowy winter months. I am thankful we do not have four seasons of of snow and ice.

I got up at 6 o'clock AM with Carol. Carol had to be at the hospital at 7 o'clock AM for a Skills Fair. So I got up made a pot of coffee and oatmeal for breakfast. I am feeling wasted this morning. I should brush my teeth and go back to bed. Yesterday I hurt my right arm and hand lifting that big box of 1986 & 1987 diaries. My right arm feels like I sprained it. I should not be writing this morning, but should be giving my right arm and hand a break.

Last night I mainly read "Laura Warholic or, The Sexual Intellectual" by Alexander Theroux. I watched some television also last night. Carol got home from work last night around 11 o'clock PM. We went to bed around 11:30 PM. Now it is another day. Existence keeps flowing. I am 62 years old and going bald. How depressing, but at the same time one must bow to the will of God. What do we read in the Book of Job, "My days are swifter than a weaver's shuttle" Job 7:6.

Last night I dug out stuff I wrote back when I was a minister intern in Houston Texas at Covenant PCA from January 1987 to February 1989 (found in my stuff a document titled 'Ministerial Datal Form" Presbyterian Church in America that I filled out September 28, 1989). I have been writing down everything since 1968. I am always writing so I have tons of stuff I wrote when we were in Houston Texas at Covenant PCA. Also I had to submit intern reports on what I had done as a minister internship. Here is a list of books I read while an intern at Covenant PCA Houston Texas under the supervision of Dr. Joey Pipa Jr. (Joey is serving now the President of Greenville Reformed Theological Seminary in Greenville, South Carolina)

Books Read During Internship written 1987
"The Work of the Holy Spirit" by Abraham Kuper
"Systematic Theology" by R. L. Dabney
"Desiring God" by John Piper
"How to Be a Christian Without Being Perfect-A Life-Related Study of 1 John" by Fritz Ridmour
"The Christ of the Covenants" by O. Palmer Robertson
"Discussions of Theological Questions" by John L. Girardeau
"The Family" by Drs. B. M. Palmer & J. W. Alexander
"Lectures On Sacred Rhetoric" by Robert L. Dabney
"The Power of The Pulpit" by Rev. G. Spring
"Homiletics" by James M. Hoppin
"The Collected Writings of James Henley Thornwell" Volume 2 'Theological and Ethical'
"Dispensationalism Today, Yesterday, And Tomorrow" by Curtis I Crenshaw & Grover E. Gunn III
"Today's Gospel Authentic or Synthetic" by Walter J. Chantry
"To Tell The Truth" by Will Metzer
"Believers and their Seed" by Herman Hoeksema
"A Cabinet of Jewels" a treatise by Thomas Brooks
"Jonathan Edwards: A Mini-Theology" by John H. Gerstner
"The Ten Virgins" by Thomas Shepherd
"Religious Affections" by Jonathan Edwards
"James and I-III John" (New Testament Commentary) by J. Kistemaker
"The Epistles of John" commentary by Raymond Brown
"The Epistles of John" commentary by Donald W. Burdick
"The Epistles of John" commentary by Howard I. Marshall
"The Epistles of John" commentary by J. R. W. Stott
"1, 2, 3, John" commentary by Stephen S. Smalley
"An Exposition of 1 John" by A. W. Pink & R. S. Candlish
"An Exposition of First John" by John Cotton
"Moral Law" by Ernest Kevan
"Interiority and Covenant: A Study of First John" by Edward Malatesta
"The Dharma Bums" a novel by Jack Kerouac
"The New Birth" Volume 3 'The Works of Stephen Charnock (the doctrine of regeneration)
"The End of the Beginning" by William J. Dumbrell
"John Calvin's Sermons on Deuteronomy"
"The Covenant of Promise" by Thomas E. McComiskey
"The Covenant of Grace" by John Murray
"On The Road" a novel by Jack Kerouac
"Covenant and Creation-A Theology of Old Testament Covenants" by William J. Dumbrell
"Volume One & Two of Kingdom Prologue" by M. Kline
"Paradise Restored: A Biblical Theology of Dominion" by David Chilton
"We And Our Children: The Reformed Doctrine of Infant Baptism" by Herman Hanko
"By Oath Consigned" by M. Kline
"The Tests of Life" by Robert Law (A Study on First John)
"Jonathan Edwards: A New Biography" by Iain A. Murray
"Theological Roots of Pentecostalism" by Donald W. Dayton
"Revival" by Dr. Lloyd-Jones
"Memoir and Sermons of Rev. Edward Payson D.D."
"Calvinism: Pure and Mixed" by Shedd
"The Doctrine of The Knowledge of God" by John M. Frame
"The Electric Kool-Aid Acid Test" a novel by Tom Wolfe
"The Collected Works of St. John of the Cross"
"Facets of Prayer" by Frans Bakker
"Second Corinthians" commentary by Ralph P. Martin
"The Second Epistle to the Corinthians" commentary by C. K. Barrett
"Letters of Samuel Rutherford"
"Jesus And The Spirit" by Dunn
"Against The Protestant Gnostic" by Philip J. Lee
"Communion Sermons" by Samuel Rutherford
"Psalm 119: An Exposition" by Charles Bridges
"2 Corinthians" commentary by Geoffrey B. Wilson
"II Corinthians" commentary by Victor Paul Furnish
"2 Corinthians" commentary by R. V. G. Tasker
"From Triumphalism to Maturity: An Exposition of 2 Corinthians 10-13" by D. A. Carson
"The Philokalia" Vol. 1 spiritual writings of the Greek spiritual fathers
"From Mind to Heart" by Peter Toon
"Reforming Fundamentalism" by George Marsden
"The Study of Spirituality" editor C. Jones
"Pilgrim's Progress" by John Bunyan
"The Holy Spirit" Volume 3 by John Owen

I read a lot more books while an intern but decided to submit a list to show I had been reading books and preparing myself to preach the glorious Gospel of God the Lord Jesus Christ.

All the above books are in our library plus TONS more! I am a student of God's Holy Word, the Bible. Even though I never became an ordained PCA minister I have continued to study the Bible as if I was a Teaching Elder.

"But we have this treasure in earthen vessels, that the excellence of the power may be of God and not of us" 2 Corinth. 4:7

It is 2:37 PM Thursday afternoon in the flow of existence. It has been a cold dismal day here by Lake Michigan. Will we ever see sunlight again. Has the age of darkness finally begun for mankind. We have entered the dark ages. I read this morning that Russia is now flying bombers over Europe. Our we headed for a world war where atomic bombs will be falling on London and Paris from Russian warplanes? Come quickly Lord Jesus!

I have really done nothing today. I did lay down for an hour nap this afternoon. Carol got home from the hospital around 11 o'clock AM. Where she got home I was reading my Bible and a book titled, "The Death of the Messiah and the Birth of the New Covenant: A (Not So) New Model of the Atonement" by Michael J. Gorman.

Carol left this afternoon to see her doctor and to get a few items at a grocery store. I am still eating very little during these Last Days. It is time to fast and pour ashes over our heads.

Nothing came in the mail to make me jump for joy this afternoon. Existence keeps flowing.

"that I may know Him and the power of His resurrection, and the fellowship of His sufferings, being conformed to His death, if, by any means, I may attain to the resurrection from the dead" Phil. 3:10,11 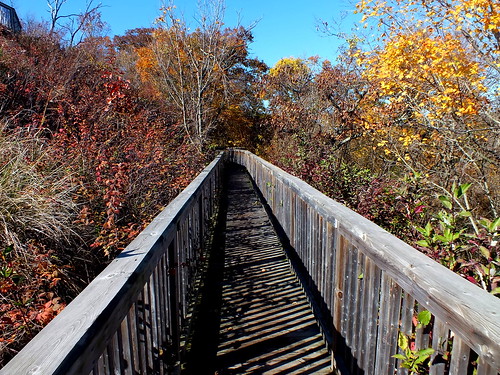 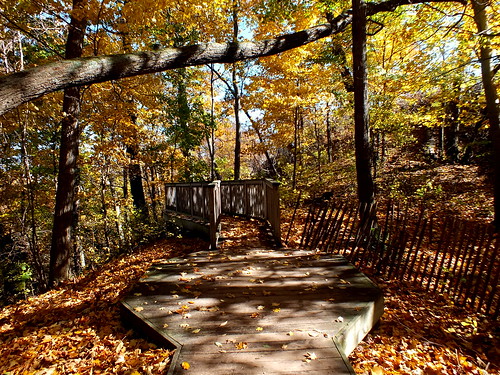 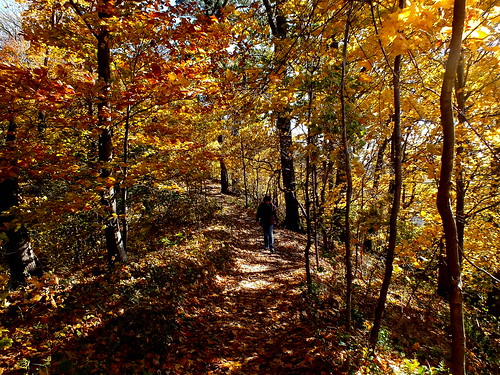 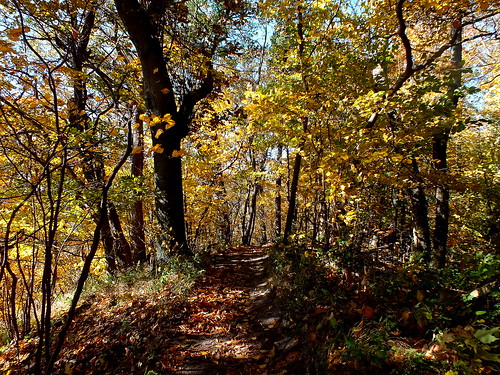 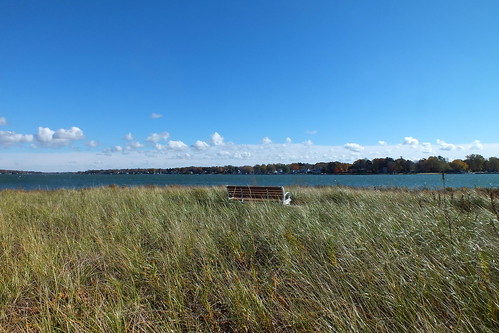 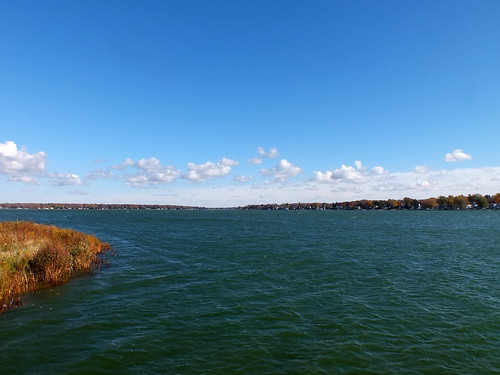