It is now in the Flow 9:56 AM Thursday morning. Another gray ugly day here by Lake Michigan. Another day to drift through Time. Carol has come home from work and gone to bed for the day. I had a dentist appointment at 8:20 AM this morning to have my teeth cleaned. I was home from the dentist by 9:10 AM. When I got home Carol was home from work sitting in the dining room looking through the morning newspaper. A picture of domestic tranquility.

I was up this morning around 6:11 AM. I got up made coffee and messed with our main computer. In the morning I read blogs in LiveJournal and Diaryland. After reading blogs I read music reviews, check my e-mail and then Facebook. I might watch music videos in YouTube. I am always looking for new music to listen to in my state of exile.

Last night I watched some television and read "History and Spirit: The Understanding Of Scripture According To Origen" by Henri De Lubac.

Yesterday we were talking about the history of biblical interpretation and Patristic exegesis. I recommend reading the commentaries in the series ANCIENT CHRISTIAN COMMENTARY ON SCRIPTURE General Editor Thomas C. Oden.

I thought for fun this morning I would list the commentaries I have in the series Ancient Christian Commentary On Scripture. I am not going anywhere this morning and I enjoy listing books in my main study.

The Ancient Christian Commentary On Scripture commentaries are published by InterVaristy Press.

There is another series of commentaries titled THE CHURCH'S BIBLE "a new commentary series on books of the Bible composed of quotations from patristic and medieval commentaries". I have these volumes in this series in my main study-

"The Song of Songs" Interpreted by Early Christians and Medieval Commentators [Richard A. Norris Jr. translator and editor

There is also another series of commentaries titled THE BIBLE in MEDIEVAL TRADITION published by Eerdmans.

Well I could list more books, but I need a fresh cup of coffee. The Bible is one book, there is a divine unity throughout the Bible.

Last night I was cooking dinner and when I looked out our kitchen window I saw our chipmunk looking at me. I took this photo of our little friend. 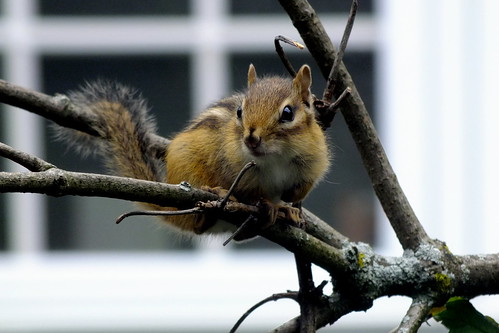 A LJ friend mentioned a book by Daniel Bell titled, "The First Total War: Napoleon's Europe and the Birth of Warfare as we Know It." I read reviews of this book by Bell in Amazon and found this review by a fellow named Izaak VanGaalen interesting so I thought I would post it.

In our library I have two books by Daniel Bell, "The Cultural Contradictions Of Capitalism" and "The Coming of Post-Industrial Society".

"We have grown accustomed to viewing the World Wars of the 20th century as the first total wars in modern history, for they required the total mobilization and militarization of the societies involved. Their accompanying ideologies, fascism and communism, were appropriately called totalitarian since they left no aspect of society unaffected. Now historian David A Bell has written a new and different history of the Napoleonic Wars (1792 - 1815) arguing that they were in fact the first total wars.

In his introduction, Bell tells us that he is borrowing techniques from intellectual history to write a military history. Traditionally military historians have restricted themselves to accounts of battlefield tactics and weapon systems. Bell is attempting to go further in showing that the ideals of the Enlightenment played a role in what he calls the first total war. He believes that the French Revolution - the apotheosis of the Enlightenment - radicalized people's ideas about how and why wars should be fought.

During the time of the ancien regime - which is Bell's main standard of comparison - wars were limited and short-lived. They were fought according to established rules and usually to defend the honor of this or that aristocrat; in fact, many times the armies were made up of mercenaries. The philosophes of the Enlightenment such as Kant, Diderot, d'Alembert, and the Marquis de Condorcet were certain that with the advent of reason wars would be a thing of the past. As late as 1790 Robespierre was declaring in the Assembly that the French nation had no desire to engage in war, that to invade another country and make it adopt their laws and constitution was the furthest thing from their minds.

Much changed in two years. By 1792 there was growing opposition to the revolutionary government in Paris, especially in Vendee. The government decided to put down this rebellion with a degree of brutality not seen before. They conducted a scorched-earth policy that spared no one. They made no distinction between combattants and non-combattants. The dogs of war had been unleashed to save the revolution and to obliterate any dissent.

Bell explores the nature of total war and how it feeds on itself. Once the military becomes front and center of the government, war becomes unstoppable. All of the nations resources and efforts went to the Grand Armee to create an empire in places as far as Egypt and Russia.

In his retelling of the Spanish campaign, Bell attempts to draw a parallel with America's intervention in Iraq. To an extent there are some parallels. Napoleon claimed to be bringing Enlightenment ideals and reform to Spain, yet the insurgency would have none of it. This, however, is a distraction from Bell's thesis; whatever else it is doing in Iraq, America is not conducting a total war. This is a very restrained and cautious use of military power. In fact, Napoleon's excursion into Spain was somewhat cautious to be called total war.

When contrasted with what transpired in the preceding century and what the philosophes predicted, the Napoleonic Wars were barbaric and total, but it is still not clear how they were different from, say, the Mongol invasions of the Middle Ages or the military expeditions of Alexander the Great. Its seems that the so-called total wars of Napoleon have been done before. The total mobilization of people and resources is as old as human history. Mutual and absolute hatred for the enemy is a timeless emotion. Bell's argument that hell hath no fury like a citzen's army is reminiscent of Victor Davis Hanson's thesis in Carnage and Culture, and it is as unconvincing.

Bell's book provides much food for thought on how quickly circumstances can change from permanent peace to permanent war without pinpointing exactly what triggers the change. Paranoia, perceived threat,and survival are all factors in the devolution of high ideals to base hostility. And why armies of citizens driven by Enlightenment ideals fight more effectively than previous armies is still unanswered. However, Bell makes a robust effort with this original work." review written by Izaak VanGaalen 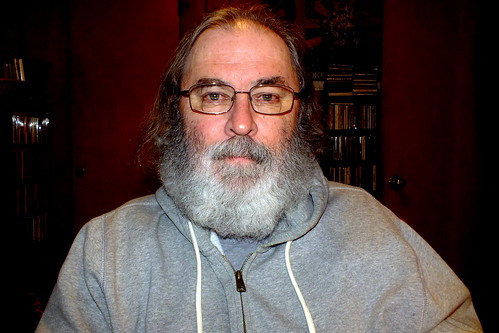