It is 7:56 AM Friday morning in the holy flow of Time. I recently got up to face another day. It is a sunny morning this morning. It is a blessing to wake up to a sunny day. I got up let Rudy out of his crate and then I made a pot of coffee. I got the morning newspaper off the sidewalk leading to our front door. During the night the power went out all over our neighborhood so some of the clocks are flashing the wrong time.

I have no plans for the day ahead of me. I like waking up with nothing ahead of me. I do know though there will come a time when what is ahead of me is the Day of Judgment. There is the Final Resurrection.

I read from these books yesterday.

"Proust Was a Neuroscientist" by Jonah Lehrer

"Travels With Herodotus" by Ryszard Kspuscinski

"The Acts of the Risen Lord Luke's account of God's unfolding plan" by Alan J. Thompson

"Acts and the Isaianic New Exodus" by David W. Pao

"The Acts Of The Apostles" [The Pillar New Testament Commentary] by David G. Peterson

"A Theology Of Luke And Acts" by Darrell L. Bock

I will try to read today the same books on Acts. I need to read the Bible especially as I got closer to the grave.

Well I suppose I will close to wake up to existence. There is no way out. 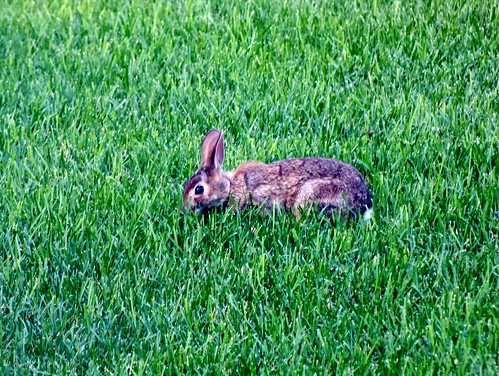 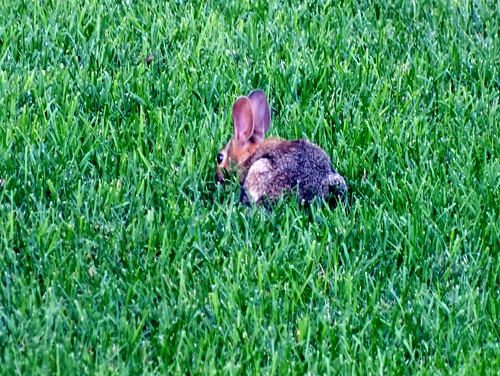 Isaiah 46
"[1] Bel boweth down, Nebo stoopeth, their idols were upon the beasts, and upon the cattle: your carriages were heavy loaden; they are a burden to the weary beast.
[2] They stoop, they bow down together; they could not deliver the burden, but themselves are gone into captivity.
[3] Hearken unto me, O house of Jacob, and all the remnant of the house of Israel, which are borne by me from the belly, which are carried from the womb:
[4] And even to your old age I am he; and even to hoar hairs will I carry you: I have made, and I will bear; even I will carry, and will deliver you.
[5] To whom will ye liken me, and make me equal, and compare me, that we may be like?
[6] They lavish gold out of the bag, and weigh silver in the balance, and hire a goldsmith; and he maketh it a god: they fall down, yea, they worship.
[7] They bear him upon the shoulder, they carry him, and set him in his place, and he standeth; from his place shall he not remove: yea, one shall cry unto him, yet can he not answer, nor save him out of his trouble.
[8] Remember this, and shew yourselves men: bring it again to mind, O ye transgressors.
[9] Remember the former things of old: for I am God, and there is none else; I am God, and there is none like me,
[10] Declaring the end from the beginning, and from ancient times the things that are not yet done, saying, My counsel shall stand, and I will do all my pleasure:
[11] Calling a ravenous bird from the east, the man that executeth my counsel from a far country: yea, I have spoken it, I will also bring it to pass; I have purposed it, I will also do it.
[12] Hearken unto me, ye stouthearted, that are far from righteousness:
[13] I bring near my righteousness; it shall not be far off, and my salvation shall not tarry: and I will place salvation in Zion for Israel my glory." Isaiah 46:1-13

Acts 4
"[1] And as they spake unto the people, the priests, and the captain of the temple, and the Sadducees, came upon them,
[2] Being grieved that they taught the people, and preached through Jesus the resurrection from the dead.
[3] And they laid hands on them, and put them in hold unto the next day: for it was now eventide.
[4] Howbeit many of them which heard the word believed; and the number of the men was about five thousand.
[5] And it came to pass on the morrow, that their rulers, and elders, and scribes,
[6] And Annas the high priest, and Caiaphas, and John, and Alexander, and as many as were of the kindred of the high priest, were gathered together at Jerusalem.
[7] And when they had set them in the midst, they asked, By what power, or by what name, have ye done this?
[8] Then Peter, filled with the Holy Ghost, said unto them, Ye rulers of the people, and elders of Israel,
[9] If we this day be examined of the good deed done to the impotent man, by what means he is made whole;
[10] Be it known unto you all, and to all the people of Israel, that by the name of Jesus Christ of Nazareth, whom ye crucified, whom God raised from the dead, even by him doth this man stand here before you whole.
[11] This is the stone which was set at nought of you builders, which is become the head of the corner.
[12] Neither is there salvation in any other: for there is none other name under heaven given among men, whereby we must be saved.
[13] Now when they saw the boldness of Peter and John, and perceived that they were unlearned and ignorant men, they marvelled; and they took knowledge of them, that they had been with Jesus.
[14] And beholding the man which was healed standing with them, they could say nothing against it." Acts 4;1-14

It is 4:17 PM Friday late afternoon or some might say it is early evening here by Lake Michigan. It is 83 degrees right now outside. Earlier I was outside in our backyard watering my wildflowers and other plants. I am not into gardening. I like our yard to look unkempt. I am growing plants that were meant to grow in Michigan. It would be cool to know the names of all the plants in our yard. I am surrounded by the unknown.

I had a normal day. I did not go anywhere. I fought to stay awake all day. I mainly read and wandered the house today. I read till Noon a book titled, "The Acts of the Risen Lord Jesus Luke's account of God's unfolding plan" by Alan J. Thompson.

This afternoon I have been reading, "Updike" a biography by Adam Begley. Do not know what I will read this evening. I might just sit this evening waiting to go to bed.

Tomorrow I once again volunteer at the Herrick Public Library book nook from 10 AM till 1 PM. Next Saturday will be July the 5th. On July 4th Carol and I are going to a giant used books sale in Grand Rapids.

Well I am falling asleep so I will close to feel totally wasted. 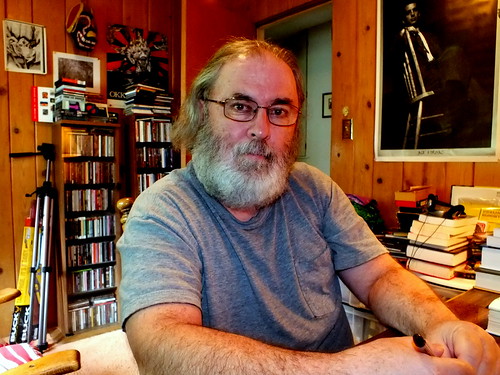