It is 12:32 PM Wednesday afternoon in the holy roll flow. I am down in the lower level of our house writing on my old lap top. I tried using my new lap top but it is too hard to use. I bought last year in May 2013 a new Samsung lap top computer which I find difficult to figure out how to use. Also it is slow compared to my old lap top.

I got up this morning around 6:25 AM and made a pot of coffee. Our main computer has been acting sick lately so after getting totally frustrated with the machine I went down in the lower level and laid down till 9:10 AM. I got up when I heard Carol getting up to face the light of day.

So has gone by existence thus far today. Not much else to report. Last night I messed with our main computer till Carol got home. I watched television and then messed with my new used books till 11:30 PM and went to bed. Existence keeps going by like clock work. No way off the merry-go-round.

I have only read today selections from the book, "The Poetry And Prose Of Heinrich Heine" selected and edited by Frederic Ewen.

I will quote some Heinrich Heine before I go off into the gloom.

"I cannot sleep any longer. My overexcited imagination is beset by the most bizarre nocturnal visions. Waking dreams come stumbling one after another and become strangely confused and appear as in a Chinese shadow-play, now dwarf-like, now enormously elongated, so that I am almost driven mad. In this condition it often seems to me that my own limbs have likewise expanded to colossal size, and with giant strides I am running back and forth between Germany and France. Yes, I remember, last night I ran in this fashion through all the German provinces and counties, and knocked on the doors of all my friends and roused them from their sleep. . . They glared at me with astonished, glassy eyes, so that I was afraid and could not say what I was doing or why I had awakened them. I poked the ribs of many fat Philistine who snored frightfully, and all he did was yawn and say, "What time is it?"
Dear friends, in Paris the cock has crowed. That is all I know.
On the way to Munich, behind Augsburg, I met a throng of Gothic cathedrals apparently in flight, and they waddled terror-stricken. Tired of so much running around, I took to wings, and flew from star to star. These are not small populated worlds, as some dream, but radiant orbs of stone, desolate and barren. They do not fall down, simply because they do not know where to fall. And so they soar on high up and down, in great perplexity. I arrived in heaven. All doors were ajar. Long, lofty, echoing halls, with old-fashioned gilding-quite empty. Only here and there in a velvet armchair sat an ancient, powdered attendant, in faded scarlet livery, dozing lightly. In some chambers, the doors had been lifted from their hinges; in others they were locked fast and thrice sealed with large round official seals, like the houses of bankrupts or deceased persons. Finally I came to a room in which an old man sat at a writing desk, rummaging among thick piles of papers. He was dressed in black. His hair was white; his tradesman's face was lined and he asked in a muffled voice, "What do you wish?" In my innocence I took him to be God, and I said quite confidentially, "Ah, dear Lord God, I would like to learn how to thunder. I already know how to strike with lightning. Please,teach me how to thunder!"
"Not so loud," the thin man replied vehemently, and he turned his back on me and once more rummaged among his papers.
"That is the Keeper of Records," one of the scarlet-liveried servants whispered, as he rose from his reclining chair and rubbed his eyes and yawned. . .
Pan is dead!" Heinrich Heine

I first came across Heinrich Heine reading a book titled, "The German Mind of the 19th Century: A Literary & Historical Anthology" Edited by Hermann Glaser. Also check out the book, "The Mind of the European Romantics" by H.G. Schenk. 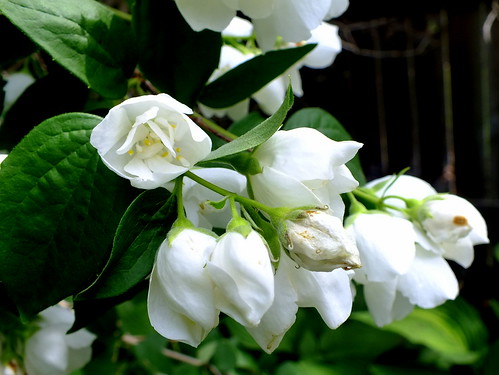