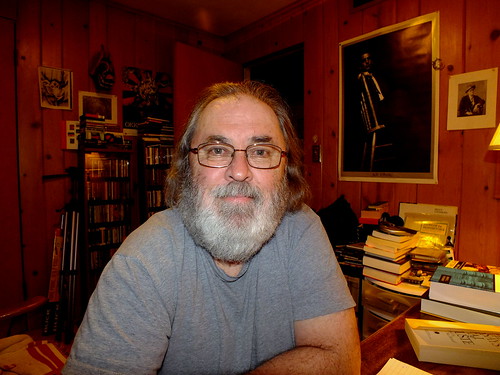 "Mescal And Mechanisms Of Hallucinations" by Heinrich Kluver

"The Gentleman In The Parlour" A Record Of Journey From Rangoon To Haiphong by W. Somerset Maugham

"Once In Europa" stories by John Berger

"Trust" a novel by Cynthia Ozick

"World Of Wonders" a novel by Robertson Davies

"Sigmund Freud" a series of drawings by Ray Steadman

"The Life of Ezra Pound" a biography by Noel Stock

"Hilaire Belloc: An Anthology of his Prose and Verse" Selected by W. N. Roughead

"Pictures Of Fidelman" a novel by Bernard Malamud

"The Emperor: Downfall Of An Autocrat" by Ryszard Kapuscinski

"The Time of the Assassins: A Study of Rimbaud" by Henry Miller

"Tragic Sense Of Life" philosophy by Miguel De Unamuno [With An Introduction By Steven Schroeder And Translated By J. E. Crawford Flitch]

"The Rachel Papers" a novel by Martin Amis

"The Go-Between" a novel by L. P. Hartley

"The Power Of Myth" by Joseph Campbell

"The Masks of God: Occidental Mythology" by Joseph Campbell

"The Masks of God: Creative Mythology" by Joseph Campbell

"The Masks of God: Primitive Mythology" by Joseph Campbell

"The Defense" a novel by Vladimir Nabokov

"Mary" a novel by Vladimir Nabokov

"Visiting Mrs. Nabokov and Other Excursions" by Martin Amis

"Mind of the Raven: Investigations And Adventures With Wolf-Birds" by Bernd Heinrich

"The Birth of the Clinic: An Archaeology of Medical Perception" by Michael Foucault

"Stanley And The Women" a novel by Kingsley Amis

"Happy Alchemy: Writings on the Theatre and Other Lively Arts" by Robertson Davies

"Henry James & H. G. Wells: A Record of their Friendship their Debate on the Art of Fiction and their Quarrel" Edited with an Introduction by Leon Edel and Gordon N. Ray

"Benton, Pollock, And The Politics Of Modernism-From Regionalism To Abstract Expressionism" by Erika Doss

"1919 The Year Our World Began" by William K. Klingaman

"Wigs on the Green" a novel by Nancy Mitford

I had only 30 minutes to look for used books before I had to be in the book nook. I will go back to this used books sale next week and look around. Well I got to close to eat something and recover from the books sale. Existence keeps speeding by!
Collapse