It is 7:24 AM Tuesday morning. It is a wet gray morning here in Holland, Michigan. My wife was born in Holland Michigan 61 years ago. This is my wife's hometown. I do not have a hometown. I remember these words of the Lord Jesus, 'Let not your heart be troubled; you believe in God, believe also in Me. In my Father's house are many mansions; if it were not so, I would have told you. I go to prepare a place for you. And if I go and prepare a place for you, I will come again and receive you to Myself; that where I am, there you may be also. And where I go you know, the way you know" John 14:1-4.

I got up this morning around 6:47 AM. I got up because it was humid in our bedroom. I needed to feel the cool breezes of the damp morning air. So I got up let Rudy out of his crate and made a pot of coffee. I looked at the front page of the morning paper. Tulip Time was a success meaning rich people made a lot of money.

I am still waking up. I have been messing with our main computer. I should go write in my paper diary and eat something for breakfast. Wait for Carol to come home from work.

Yesterday is a blur. I read and watched television last night. Well I suppose I will close to recover from the morning. Existence keeps speeding by.

It is 11:16 AM Tuesday morning. I left the house this morning and took Rudy for a walk at Kollen Park. On the way home I stopped at a thrift store and found these used books to add to our library.

"Her Fearful Symmetry" a novel by Audrey Niffenegger

"The Last Of The Wine" a novel by Mary Renault

"Arctic Dreams: Imagination and Desire in a Northern Landscape" by Barry Lopez 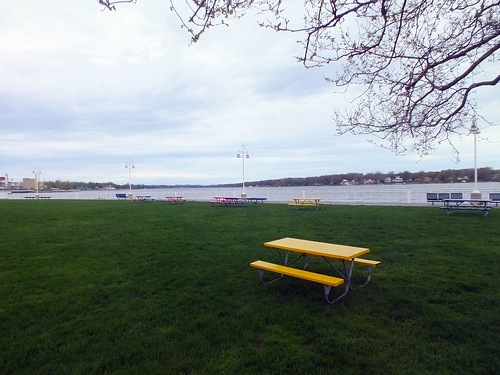 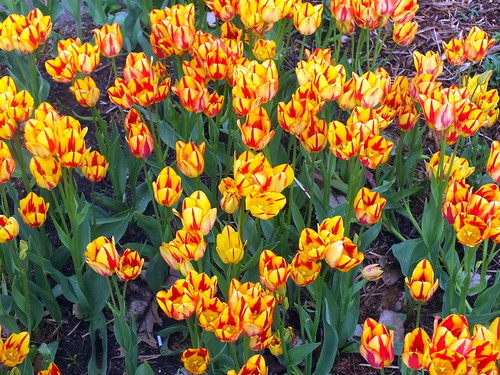 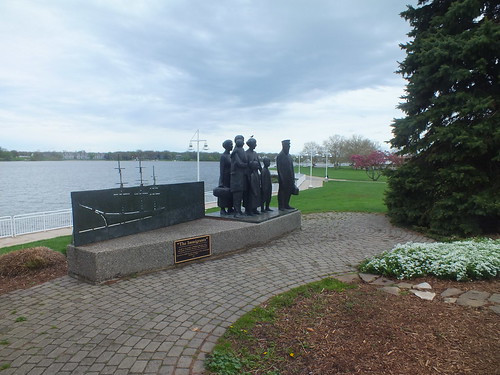 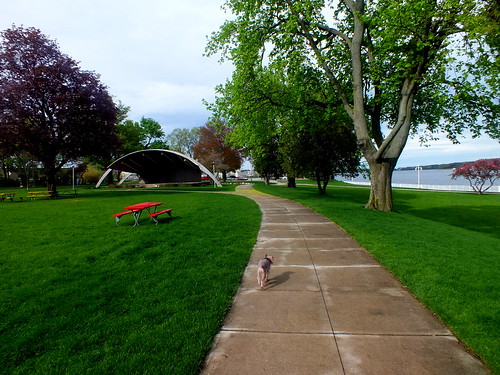 It is now in the gray damp flow of the day 1:36 PM Tuesday afternoon. I laid down in the lower level but my mind would not shut down so I got up to face it. When I came upstairs it was 12 o'clock Noon. I decided to eat something for lunch. After eating something I wrote in my paper diary. I write all the time in my diary, because I am keeping track of my life on earth. I do not want to lose awareness of my Self. I am the only Person I truly know here on earth. Well I do know my wife having been married to her going on 35 years. With my wife what you SEE is what you GET. My wife is transparent. My wife is not a complex woman. Our wedding anniversary is on May the 19th, which is coming up soon. When Carol and I celebrate another year of being together I tend to look over the Past. It is absolutely amazing how fast Time has flown by! I am amazed I am not dead!

I have been trying to read this afternoon in my exhaustive condition a novel titled, "Making Things Better" by Anita Brookner. I have been reading off and on this novel by Brookner for several weeks. I was studying intensely The Acts of the Apostles (NT), but I gave it a rest. I need to let what I have learned about the Acts of the Apostles sink down into my soul. I am still digesting what I have learned on the Acts of the Apostle from the many books I have been using for my study on Acts. To be honest I think my mind is not functioning is because I am thinking about the 35 years Carol and I have been married. A wedding anniversary is a time of reflection. We never know when death will separate us. When death will break the marriage covenant union. Will Carol and I still be married in the New Creation?

I came down here to quote something I read yesterday in the book "The Image" by Daniel J. Boorstin found in the chapter 'From Traveller to Tourist-The Lost Art of Travel'.

"Nowadays a visit to the best art museums in Europe is often a tour of the vacated residences of magnates, noblemen, and monarchs of the pre-democratic age: in Florence, the Uffizi and Pitti Palaces; in Venice, the Doge's Palace; in Paris, the Louvre; in Vienna, Schonbrunn. Beautiful objects, taken from scores of princely residences, are crowded together for public display in the grandest of defunct palaces. Painting, sculpture, tapestries, table-ware, and other objets d' art (once part of the interior decoration or household equipment of a working aristocracy) were thus "liberated" by and for the people. Now they were to be shown to the nation and to all comers. Common people could see treasures from the inner sanctums of palaces, treasures originally designed to adorn the intimate dining tables, bedrooms, and bathrooms of a well-guarded aristocracy. At last everyone could take a Cook's Tour of the art of the ages for a nominal admission fee, or free of charge. Statesmen saw these new museums as symbols of wide-spreading education and culture, as monuments and catalysts of national pride. So they were. Today they remain the destination of tourist-pilgrims from afar.

To bring the paintings of Botticelli, Rubens, and Titian into a room where one could see them in a few minutes, to gather together the sculpture of Donatello and Cellini from widely dispersed churches, monasteries, and drawing rooms for chronological display in a single hall, to remove the tapestries designed for wall-covering in remote mansions and hunting lodges, and spread them in the halls of centrally located museums-this was a great convenience. But there was one unavoidable consequence. All these things were being removed from their context. In a sense, therefore, they were all being misrepresented. Perhaps more was gained in the quantity of people who could see them at all than was lost in the quality of the experience. This is not the question. The effect on experience is plain and undeniable.

Inevitably these museums-and others made later on the defunct-palace mode-become major tourist attractions. They still are. It remains true, however, that, almost without exception, whatever one sees in a museum is seen out of its proper surroundings. The impression of individual works of art or of a country's past culture as a whole, whenever it is formed from museum visits, is inevitably factitious. It has been put together for your and my convenience, instruction, amusement, and delight. But to put together the art commissioners have had to take apart the very environment, the culture which was once real, and which actually created and enjoyed these very works. The museum visitor tours a warehouse of cultural artifacts; he does not see vital organs of living culture. . . Each living art object, taken out of its native habitat so that we can conveniently gaze at it, is like an animal in a zoo. Something about it has died in the removal." pg. 108, 109 Daniel Boorstin