It is 11:26 AM late Tuesday morning in the divine flow. It is a sunny day here by Lake Michigan. I thought of going out to Lake Michigan today and taking pictures, but right now I am too tired. Plus I left this morning to do stuff and now I am ready to drift through the afternoon hours. I left this morning to ask the gardeners at Yonkers Garden some questions about plants and other plant related questions. I have mentioned that I plan to plant again this year wildflowers. I had some questions on how to prepare the ground to plant wildflowers. How to get rid of weed growth for example. To be honest I found the people at Yonkers not helpful or friendly. I felt I was being brushed off. But I did get some questions answered and bought bags of planting soil. After visiting Yonkers Garden I visited a near by thrift store to look at their used books. I found these used books to ADD to our book mountain.

"Guernica" a novel by Dave Boling

"The Roosevelt Women" a biography by Betty Boyd Caroli

"The Great Shark Hunt: Strange Tales From a Strange Time" Gonzo Papers, Volume 1 by Hunter S. Thompson (I have two other editions of this book by Hunter in my library. I usually buy any book by Hunter even if I already have a copy in our library.)

So the day keeps flowing by. I should go outside and start doing yard work. Get the soil ready for planting. I am not into gardening. I hate doing yard work. I am always afraid I am going to kill something. I want everything to be Natural not fake. I want Nature to be wild and free.

I am falling asleep so I will close to face it.

January 2014
"Painting in Britain 1530 to 1790" by Ellis Waterhouse [The Pelican History of Art]
"A Companion To Shakespeare Studies" Edited By H. Granville-Barker & G. B. Harrison
"The Right Stuff" a novel by Tom Wolfe
"Seasons At Eagle Pond" essays by Donald Hall
"Charlotte Gray" a novel by Sebastian Faulks
"Ann Vickers" a novel by Sinclair Lewis
"Maiden Castle" a novel by John Cowper Powys
"Judgment Day: My Years With Ayn Rand" memoir by Nathaniel Branden
"His Excellency George Washington" biography by Joseph J. Ellis
"The Politics Of Rage: George Wallace, The Origins Of The New Conservatism, And The Transformation Of American Politics" by Dan T. Carter
"Fragile Things: Short Fictions And Wonders" fantasy by Neil Gaiman
"Pictures At An Exhibition" a novel by D. M. Thomas
"Kate Remembered" (Katharine Hepburn) by A. Scott Berg
"Last Night at the Lobster" a novel by Steward O'Nan
"The Long Voyage: Selected Letters of Malcolm Cowley, 1915-1987" Edited By Hans Bak & Foreword By Robert Cowley
"The Side of Brightness" a novel by Colum McCann
"Smiling Through The Apocalypse: Esquire's History Of The Sixties"
"Empire By Default: The Spanish-American War and the Dawn of the American Century" by Ivan Musicant
"True History of the Kelly Gang" a novel by Peter Carey
"Sketches And Travels In London" by W. M. Thackeray
"The Newton Letter" a novel by John Banville
"Fragile Things: Short Fictions And Wonders" by Neil Gaiman
"Brideshead Revisited" a novel by Evelyn Waugh
"White Noise" a novel by Don DeLillo
"On Chesil Beach" a novel by Ian McEwan
"A Friend From England" a novel by Antia Brookner
"Desirable Daughters" a novel by Bharati Mukherjee
"Public and Private Papers" by President Thomas Jefferson
"The Civilization of Charlemagne" by Jacques Boussard
"The Celestial Railroad And Other Stories by Nathaniel Hawthorne
"The Philosophy Of Nietzsche" Edited, with an Introduction, by Geoffrey Clive
"On The Eve" a novel by I. S. Turgenev (A New Translation By Gilbert Gardiner)
"The Mandarins" a novel by Simone de Beauvoir
"Psycho-Analysis and Feminism: Freud, Reich, Laing and Women" by Juliet Mitchell
"Andrew Jackson" a biography by Robert V. Remini
"Joseph Conrad Heart Of Darkness: A Case Study In Contemporary Criticism" Edited by Ross C. Murfin
"The Sorrows Of An American" a novel by Siri Hustvedt
"La Grande Therese: The Greatest Scandal Of The Century" by Hilary Spurling
"Greasy Lake & Other Stories" by T. Coraghessan Boyle
"Webster's Concise World Atlas" With 80 maps in full color
"U and I: A True Story" by Nicholson Baker
"Matthew Joseph Bourgeois Bohemian" biography by David E. Shi
"A Fanatic Heart: Selected Stories Of Edna O'Brien" by Edna O'Brien
"Einstein: The Life and Times" biography by Ronald W. Clark
"Radical Christian Communities" by Thomas P. Rausch, S.J.
"The Blind Assassin" a novel by Margaret Atwood
"Bagombo Snuff Box: Uncollected Short Fiction" by Kurt Vonnegut
"Galapagos: World's End" by William Beebe
"Turtle Moon" a novel by Alice Hoffman
"Go East, Young Man: The Early Years" The Autobiography of William O. Douglas
"Difficult Loves" a novel by Italo Calvino
"The Portable Poe" Edited by Philip Van Doren Stern
"The Almost Moon" a novel by Alice Sebold
"The Great Gatsby" a novel by F. Scott Fitzgerald
"Fathers" a novel by Herbert Gold
"The Green Mirror" a novel by Hugh Walpole
"Mystery On The Mountain: The Drama Of The Sinai Revelation" by Theodor Reik
"Eva Luna" a novel by Isabel Allende (Translated from the Spanish by Margaret Sayers Peden)
"Marya: A Life" a novel by Joyce Carol Oates
"The Human Comedy" a novel by William Saroyan
"A Man And Two Women" a novel by Doris Lessing
"The Good Terrorist" a novel by Doris Lessing
"The Fixer" a novel by Bernard Malamud
"The Tenants" a novel by Bernard Malamud 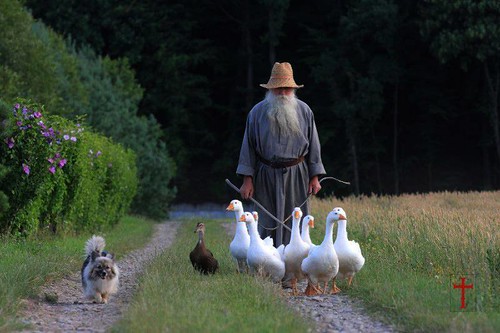